How to Combat Iranian Terrorism 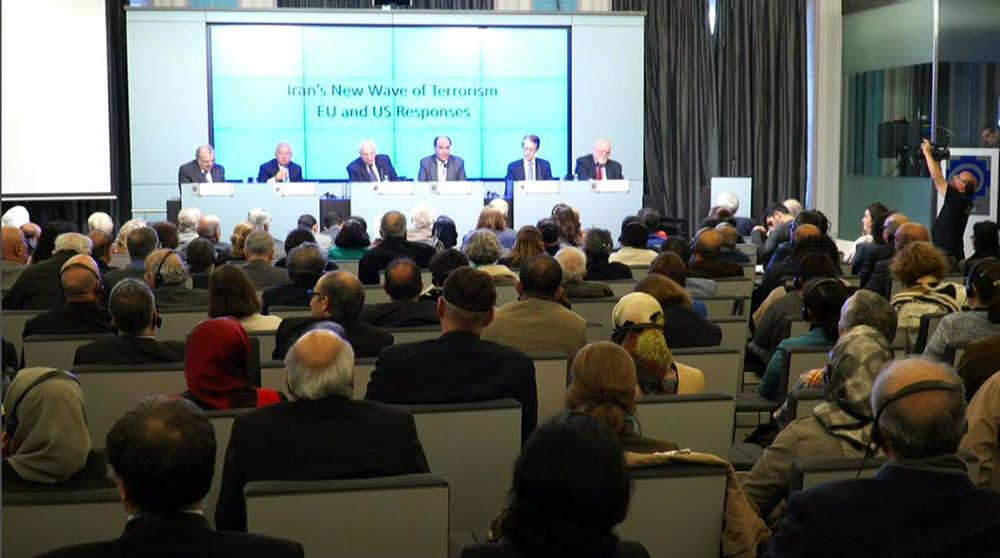 A conference to discuss the growing terrorist threat of the Iranian Regime and how the international community must respond was held yesterday in Brussels and was attended by politicians, legal experts, and dignitaries from Europe, U.S. and the Iranian opposition.

The conference, titled “Iran’s New Wave of Terrorism: EU and US Responses”, was moderated by Dr. Alejo Vidal Quadras, former Vice President of the European Parliament.

Vidal Quadras drew attention to the increased levels of terrorist activities against the Iranian opposition, especially the People’s Mojahedin Organization of Iran (PMOI/MEK), and the assessment by European authorities that the Iranian Regime was directly responsible for attacks on European soil.

Indeed, there have been two attempted Iranian terror attacks on Europe in 2018 alone; one in Albania in March and one in France in June. The June attempt resulted in the arrest of four conspirators, including Iranian diplomat to Vienna, Asdollah Assadi.

’s New Wave of Terrorism-The EU and US Responses https://t.co/j4MJ7LGRJB

During the conference, speakers discussed the threat from in Iran in detail and made policy recommendations.

Iranian opposition President Maryam Rajavi told the conference via video message that the international community must adopt a policy of “firmness” to confront Iranian terrorism.

Former Italian foreign minister Giulio Terzi also agreed that silence was an absurd choice for Europe to make in the face of Iran’s terrorism and highlighted that some European authorities had made the right choice, including the extradition of Assadi to Belgium, where he will face criminal charges, and France’s freezing of Iranian assets.

Terzi warned: “There is a network of self-presenting associations and political and cultural groups and people who claim to be active in Europe, but in reality they are directly connected with Tehran in organizing events and raising funds and promoting the most radical groups in Europe. That is something that must be underlined in the media and by the governments.”

Former US Senator Robert Torricelli warned that these attacks were not isolated, underscoring that ignoring the problem would not make it go away.

He said: “We must recognize this is not some rogue action. This is not a case where we can give the benefit of the doubt, look away or hope for the best. What are the costs of doing nothing? The government of Iran is watching. Silence invites more attacks. A policy of appeasement assures more terrorism.”

While Lord Alex Carlile of Berriew, Member of British House of Lords, noted that Iran’s state-sponsored terrorism on showed weakness on behalf of the mullahs and called on “civilized states” to fight back, noting that Iran is not a country that the US and EU should have been working with in the first place.

He said: “Iran has the worst record of executions proportionate to its population in the world. A country that performs executions on an industrial scale should not be one we should be dealing with.”

Carlile also warned that the Iranian would try to smear Rajavi and the National Council of Resistance of Iran (NCRI) and MEK, through any means necessary in Western states, so people should be wary of that.

Mohammad Mohaddessin, the Chairman of the Foreign Affairs Committee of the NCRI, said: “The reason for the increase in terrorist activities is the uprising of the Iranian people. The regime has found its survival in increasing its terrorism against the opposition.”

He advised that Europe expel Iran’s intelligence officers, freeze their bank accounts, and blacklist their companies.