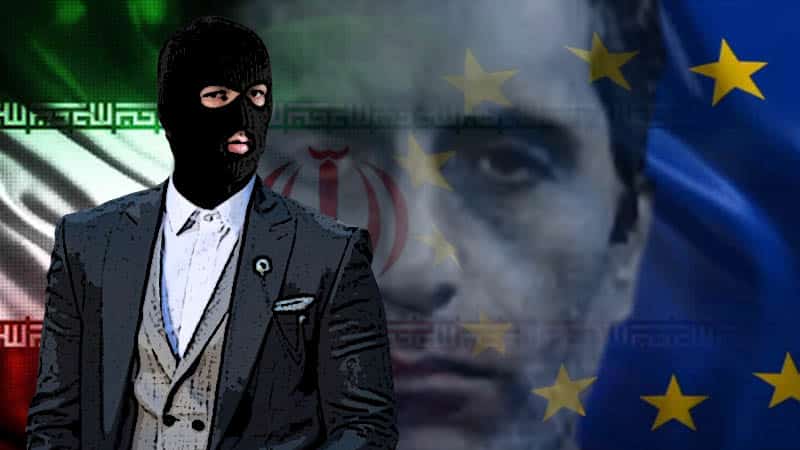 During an online conference on Thursday, January 28, hosted by the National Council of Resistance of Iran (NCRI), Mr. Paulo Casaca, a former Member of the European Parliament from Portugal, highlighted the need to address Iran’s state-sponsored terrorism.

“The terrorism impunity that has allowed Iran to sow death and destruction around the world is the result of an ideology that is in no way different from the Nazis,” said Mr. Casaca criticizing the European Union policy toward the Iranian regime which has emboldened the genocidal regime to spread terrorism in Europe.

The full text of Mr. Casaca’s remarks is below:

The day set by the Judicial Criminal Court of Antwerp for reading the sentence regarding the terrorist plot, masterminded by the Islamic Republic of Iran, against a mass gathering of people in the suburbs of Paris is approaching. It is perhaps appropriate to reflect on what is meant by defendants when they claim ‘diplomatic immunity’ for their acts.

The Belgian security and judicial authorities – in strict cooperation with other European law enforcement and judicial institutions – produced extremely strong and clear evidence of the Iranian regime’s use of its diplomatic corpus to promote terrorism and crime in European soil.

For over forty years Islamo-fascist authorities have enjoyed impunity for crimes committed in their own country and elsewhere in the world. They have always relied on the lack of political courage and honesty among those in charge in democratic countries. However, perhaps what we now witness in Belgium, in the Antwerp trial, is a sign that the situation is finally changing.

As one of the tens of thousands of potential victims of the 2018 Bomb attack orchestrated by Iranian authorities, I would like to thank those institutions in Belgium and other European countries for their professionalism. I would also like to commend them for their refusal to give way to any pressure.

Facing the mountain of evidence presented in Antwerp, the mullahs ceased denying the obvious and instead resorted to their usual tactic of blackmail and threats.

As they fail to contest one single fact shown in the trial, they now claim that the chief of the terrorist cell responsible for the planned bombing has ‘diplomatic immunity’.

First, the issue of diplomatic immunity was already settled in late September 2018 when the Superior Regional Court of Bamberg in Bavaria stated that:

The suspect cannot cite diplomatic immunity because he was on a several-day holiday trip outside of his host state, Austria, and not traveling between his host country and the state that dispatched him.

Third, the Vienna Convention cannot be appealed to for the purposes of covering the transport of bombs as ‘diplomatic mail’ in a commercial flight and to mastermind terrorism acts either in Austria or in neighboring countries;

Fourth, the Islamist terror regime imposed in Iran in 1979 itself denied legitimate diplomatic immunity by ransacking an Embassy and taking hostage diplomats for over one year.

When the Iranian Foreign Affairs Ministry claims ‘diplomatic immunity’, what is meant is the maintenance of the ‘terrorism impunity’ enjoyed through all these decades. The terrorism impunity that allowed Iran to sow death and destruction both within the country and around the World in the shadow of a religious supremacist, genocidal ideology in no way different from Nazism and other inhuman ideologies.

European anti-terrorist authorities have also fulfilled their duty of protecting the lives of European citizens and their right to peacefully express political opinions by proscribing as a terrorist organization the ‘Directorate for Internal Security of the Iranian Ministry for Intelligence and Security’, as well as the diplomat/terrorist Assadollah Assadi and the leaders of the Jerusalem force of the Islamic Revolutionary Guards.

It is worth noting that Iran has been in the last few years the only country in the World whose entire branches of administration and senior political leaders have been proscribed as terrorists by the European Council.

But whereas European law enforcement and judicial authorities have thus set a new precedent of ethical and professional stands on the fight against terrorism, the European institution in charge of diplomacy remains adrift.

The European External Action Service remained silent on the Iranian heinous terrorist attack against Europe, yet it has condemned as a ‘criminal act’ the execution of the Islamic Revolutionary Guard General responsible for the Iranian nuclear program. This condemnation was publicized on the day after the Antwerp Criminal Court opened its public proceedings.

The European diplomacy is also yet to make clear to Iranian authorities what is to be made of the nonsense claim of ‘diplomatic immunity’ to perform terrorist actions in Europe. Instead of this clarification, it has multiplied gestures pleading to reward Iranian authorities for their aggressive behavior with a revamped nuclear agreement.

It is worth noting the absence of the institution responsible for European-level diplomacy from the declaration produced on January 6 by the European troika joining the United Kingdom, Germany, and France expressing dismay before the development of the Iranian nuclear plan.

The European External Action Service did follow the lead of the European troika, five days after the initial declaration, producing a declaration of its own – albeit one in a contrasting and far weaker tone.

European institutions should reinforce European unity, strengthen the rule of law, uphold the respect of the principles of separation of powers, and above all ensure the protection of the values that keep our countries together – among them freedom of political expression and security from terror threats. They should not act as ‘echo chambers’ of foreign, hostile, totalitarian powers aiming to subdue Europe.

European citizens have the right to ask their European institutions to make it clear that the Iranian theocracy is not to claim ‘diplomatic immunity’ to enjoy ‘terrorism impunity’; that universal values are more important than commercial interests; and that all European organisms will work together for the sake of defending a clear and strong European position before its enemies.