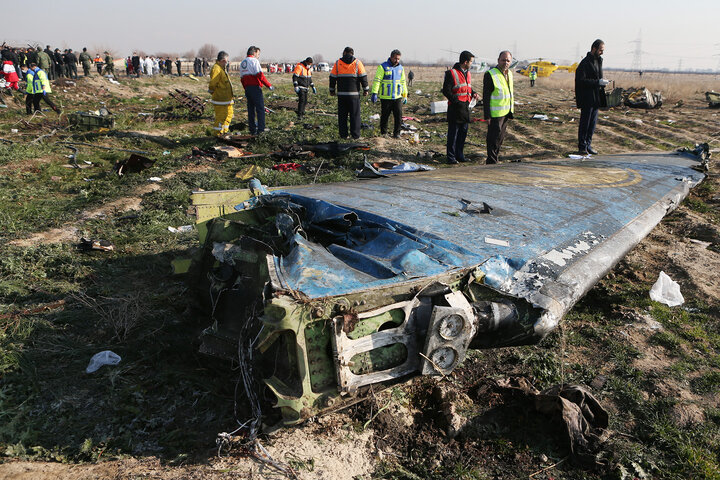 On Monday, a Canadian court ordered Iran to pay the equivalent of $84 million to the families of 85 Canadian citizens and permanent residents who were killed in January 2020 when the Islamic Revolutionary Guard Corps (IRGC) shot down Ukraine International Airlines Flight 752. The Iranian regime is all but certain to ignore the result of the civil lawsuit. However, lawyers for the plaintiffs have indicated that the seizure of Iranian assets is a means of securing at least a portion of the compensation.

Similar lawsuits are still pending in other countries whose citizens were on board the flight. In total, 176 people were killed when an IRGC missile struck the airliner moments after it took off from Tehran, en route to Kyiv, Ukraine. Iranian authorities initially denied responsibility but days later in the face of evidence both from Western intelligence agencies and local video footage, they were forced to abandon ridiculous narratives.

Since then, Tehran has argued that it was the result of air defense operators’ failure to distinguish a civilian aircraft from a foreign missile during a period of heightened tensions immediately after Iran attacked US assets in Iraq in retaliation for the killing of IRGC Quds Force commander Qassem Soleimani. Meanwhile, the regime has downplayed any negligence or criminality and is withholding the aircraft’s black box.

In a February 2021 report, Agnes Callamard, then a United Nations official, said the regime sought to “create a maximum of confusion and a minimum of clarity.”
By the middle of the year, the Canadian government succeeded in carrying out its own forensic investigation into the incident and held the regime criminally responsibly. Tehran, however, has continued to rebuff international calls for accountability.

I welcome the ruling by the Superior Court of Ontario, Canada, that the #IRGC's downing of the Ukrainian Airlines flight #PS752 was a deliberate terrorist act. #Iran

While the recent Canadian court’s ruling falls short of their standard for accountability, it may inspire hope for further action by the Canadian government or other entities. In May, Justice Edward Belobaba declared that “the missile attacks were intentional” and that “the shooting down of the civilian aircraft constituted terrorist activity under applicable federal law.” On Monday, Jonah Arnold, a lawyer for the plaintiffs, cheered the ruling as “precedent-setting” and the “first of its kind in Canada.” It remains to be seen what concrete actions will follow after the ruling.

Relatives of some of the victims appeared at a press conference on Tuesday. When the video feed of the conference was disrupted, suspicions grew about a coordinated effort by the Iranian regime to counter the message of victims’ families and their supporters. Those families had not yet spoken when the video switched to a vulgar rap video and an unidentified man appeared on screen, forcing the event’s organizers to restart the Zoom meeting entirely. The regime’s state-linked hacking around the world has been widely reported in recent years.

This year, the regime pulled all the stops to commemorate Soleimani in an unprecedented manner, primarily in order to cover up its weakness and the inability for avenging the terrorist mastermind’s elimination in 2020. The regime’s only retaliatory act so far has been to shoot down the Ukrainian airliner in an apparent bid to blame it on US forces but to no avail.

Recently, Iranian regime President Ebrahim Raisi reiterated the regime’s promise of retaliation for the Soleimani elimination. Raisi demanded that Donald Trump, the US president at the time of the strike, be prosecuted in a mullah-run court along with former Secretary of State Mike Pompeo. Separately, Iran’s Prosecutor-General Mohammad Jafar Montazeri explained that the regime had identified 125 additional “suspects,” including 72 American citizens, as likely being culpable for the elimination of Soleimani.

“The aggressor, murderer, and main culprit — the then-president of the United States — must be tried and judged under the law of retribution, and God’s ruling must be carried out against him,” Raisi said in his speech before going on to threaten that Trump would be killed by followers of Iran’s theocratic supreme leader if no prosecution were forthcoming. The statement was no doubt intended to imply that Ali Khamenei might issue a religious decree (fatwa) calling for the assassination of Trump and others.

Alireza Jafarzadeh on @SkyNews: Shooting down of #PS752 by the regime, day of mourning declared by Mrs. Rajavi (@Maryam_Rajavi) to honor the victims, Iran Nov uprising, #Soleimani's death & the tide shift against the regime for #FreeIran2020. @A_Jafarzadehhttps://t.co/lSDKByo2Se

In 1989, Khamenei’s predecessor Ruhollah Khomeini issued a similar fatwa against the author Salman Rushdie over the publication of a book that he deemed offensive. The edict led to several attempts on his life and the lives of his translators, one of whom was stabbed to death in 1991. However, it is not clear that a similar edict would elicit the same response today, more than 40 years after Iran’s Islamic Revolution, when public perception of the regime has steadily degraded in the face of opposition from powerful pro-democracy organizations.

In January 2018 and November 2019, the regime barely survived a nationwide uprising that featured chants of “death to the dictator” and explicit calls for regime change. In a speech at the height of the first uprising, Khamenei admitted that the leading opposition movement, the Mujahedin-e Khal (MEK), had played a major role in organizing and leading the unrest. Since then, authorities have repeatedly warned about the MEK’s rapidly growing influence, and those warnings have arguably become more desperate in the wake of Soleimani’s elimination, which was widely regarded as a serious impairment to the mullahs’ regional influence.

Mrs. Maryam Rajavi, the President-elect of the democratic coalition National Council of Resistance of Iran (NCRI), which has the MEK as a member, described Soleimani’s killing as an “irreparable blow to the clerical regime.” And on Tuesday, the NCRI issued a statement that described the regime as “still reeling over the elimination of Soleimani” two years later. The statement concluded by arguing that recent malign activities should be regarded as signs of weakness and desperation, not strength.

In response to the regime’s threats and lack of cooperation with the international community, particularly with respect to the criminal downing of Flight 752, the international community must adopt a firm and decisive policy, one that rejects appeasement of the world’s foremost state sponsor of terrorism. The shooting down of a civilian airliner was clearly an act of intentional terrorism for which the IRGC and the entire regime must be held accountable immediately. Otherwise, more tragedies will certainly ensue.