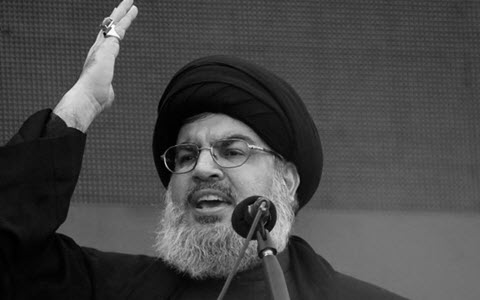 NCRI – When Lebanese Prime Minister Saad Hariri resigned in early November, he noted that it was because of threats on his life by the Iranian Regime and the Hezbollah terrorist group that Iran controls.
Many Hezbollah allies, including Lebanese President Michael Aoun, denied this and instead claimed that there was a plot by Saudi Arabia who had kidnapped Hariri. This could not be further from the truth.

In fact, Lebanon is the one who has been kidnapped by a terrorist cell whose only loyalty is to the Iranian Regime.

Hezbollah is an internationally sanctioned terrorist organization. It will always be a terrorist organisation, no matter what bizarre titles (resistance movement or the opposition axis) the Lebanese government bestow upon it to give it legitimacy.

This terrorist cell, under the express directions of the Iranian regime, assassinated former Prime Minister Rafik Hariri and dozens of other prominent figures, finances terrorist activity around the world, and supports proxies militias in many countries.

Indeed, some of the most striking evidence against Hezbollah as a terrorist group comes from their involvement in the “Abdali cell” in Kuwait, where they sought to overthrow a legitimate government via terrorism.

Hassan Nasrallah, the leader of the terrorist gang, has made it his life’s work to dress up criminality as religious resistance. He even falsely claimed that Israel attempted to assassinate him in order to step up violence against the Jewish state.

Hezbollah is nothing more than Iran’s puppet in the export of sectarian violence and division across the Middle East. It took time for the Arab world to realise this but now they must admit it. Iran has significantly corrupted Lebanon, contributing to financial corruption, sectarian rift, social strife, and political upheaval.

This is, of course, true for Yemen, Syria and Iraq as well.

Hussein Shobokshi, the host of the weekly current affairs program al-Takreer on Al Arabiya, wrote an op-ed supporting Hariri’s decision and declaring Hezbollah to be a terrorist organisation that has close links with the Iranian Regime and has no place in a democratic government.

He wrote: “The resignation of Lebanese Prime Minister Saad Hariri is a natural reaction of anyone, who has a sense of dignity and self esteem, is forced to accept his continued presence in a team that threatens his ministers with arms and extortion and supports a sectarian system with no purpose other than to destabilize the region and indulges in money laundering, drug trafficking and militia financing.”