Iran Regime Uses Lebanon as a Base for Malign Operations 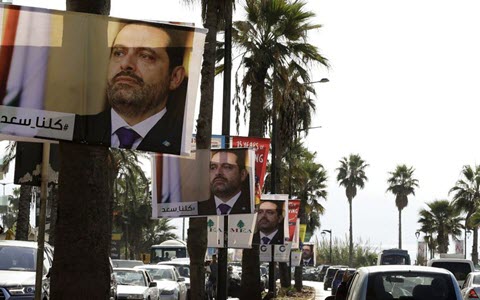 NCRI – Lebanon is a small country with an incredible amount of outside influence but due to domestic instability, it remains intrinsically involved many regional crises.

When Lebanese Prime Minister Saad Hariri resigned at the start of the month from Riyadh, some members of the government, such as the foreign minister and president himself, chose to escalate the situation by refusing to accept the resignation and accusing Saudi Arabia of kidnapping Hariri.

It is likely that the Iranian Regime (through its Hezbollah proxies) is pressuring these ministers because it wants to take control of the country and doesn’t want international attention directed at it.

Lebanon has long been an arena for regional disputes; from Egyptian President Jamal Abdul Nasser using it against Syria, to the Iranian Regime using it against the US through bombings and assassinations, to Syrian President Hafez Assad meddling in Lebanon because he believed it was a threat to Syria.

This is still true today. The Iranian Regime is using Lebanon to direct their security, hostile and military operations in its war against the legitimate and internationally recognised government in Yemen (by way of the Houthi rebels).

This way, nearly all of the Houthis’ non-combat activities, including political, legal and media campaigns against Saudi Arabia and the coalition it is leading, pass through Lebanon rather than Yemen itself. As Lebanon is controlled by the Iran-backed Hezbollah, this means that Iran does not get caught and punished.

Iran also uses Lebanon as a sort of safe house for those who rebel against Iran’s enemies, like former Iraqi Prime Minister Nouri al-Maliki, and becomes a hotbed for rebellion against Western –approved governments.

Abdulrahman Al-Rashed, the former general manager of Al-Arabiya television, wrote on Asharq Al-Awsat: “The main and chronic Saudi Arabian problem in Lebanon is Iran, which is represented by Hezbollah.

This is a problem shared with the majority of regional countries and the world. Riyadh focused on an important message, which is that Lebanon cannot remain Hezbollah’s prey. The Lebanese and Arabs, who underestimate the party, may not be aware that it could completely take over the Lebanese state and eliminate all of its diversity and liberties.”

He continued: “Hezbollah will destroy all of Lebanon’s independent groups, Christian and Sunni alike, if it forges ahead with its agenda of transforming Lebanon into an Iranian territory. These new challenges are the responsibility of the Lebanese people themselves, who, should they unite against Hezbollah, would find regional and international support. If they fail to do so, then they will be the first to lose in the new equation of Iran’s hegemony over Syria and Iraq.”