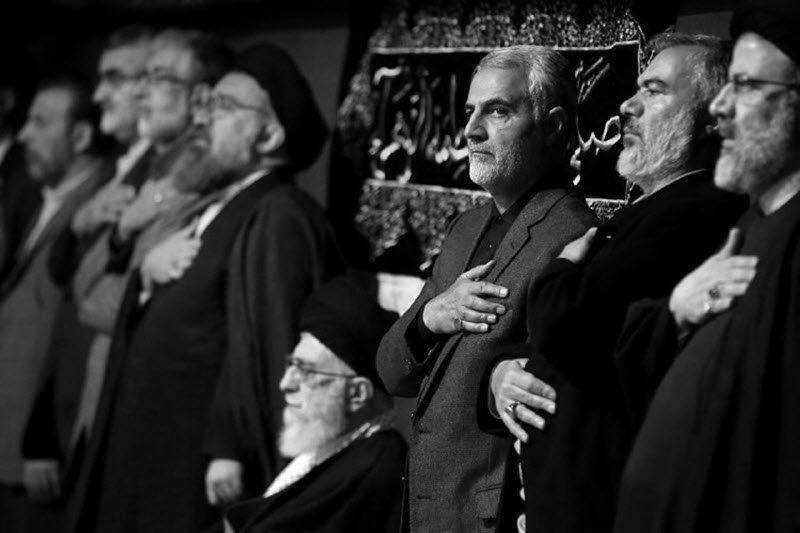 Country Reports on Terrorism 2017 is submitted in compliance with Title 22 of the United States Code, Section 2656f (the “Act”), which requires the Department of State to provide to Congress a full and complete annual report on terrorism for those countries and groups meeting the criteria of the Act, the following are excerpts of this report about the Iranian Regime:

Iran remained the world’s leading state sponsor of terrorism and continued to support attacks against Israel. It maintained its terrorist-related and destabilizing activities through the Islamic Revolutionary Guard Corps (IRGC) Qods Force and the Lebanon-based terrorist group Hizballah. Iran is responsible for intensifying multiple conflicts and undermining the legitimate gover nments of, and U.S. interests in, Afghanistan, Bahrain, Iraq, Lebanon, and Yemen. In particular, Iran and Hizballah are emerging from the Syria conflict emboldened and with valuable battlefield experience that they seek to leverage across the globe. IRGC leader Qasem Soleimani recruited and deployed Shia militias from diverse ethnic groups across the Middle East and South Asia to fight in defense of the Assad dictatorship in Syria. Beyond the Middle East, Iran and its terrorist affiliates and proxies posed a significant threat and demonstrated a near-global terrorist reach. Notably, in June 2017, the FBI arrested two suspected Hizballah operatives in Michigan and New York who allegedly were conducting surveillance and intelligence gathering on behalf of the organization, including in the United States.

Designated as a State Sponsor of Terrorism in 1984, Iran continued its terrorist-related activity in 2017, including support for Lebanese Hizballah (LH), Palestinian terrorist groups in Gaza, and various groups in Syria, Iraq, and throughout the Middle East. Iran used the Islamic Revolutionary Guard Corps-Qods Force (IRGC-QF) to provide support to terrorist organizations, provide cover for associated covert operations, and create instability in the Middle East. Iran has acknowledged the involvement of the IRGC-QF in both of the conflicts in Iraq and Syria, and the IRGC-QF is Iran’s primary mechanism for cultivating and supporting terrorists abroad. Iran uses regional proxy forces to provide sufficient deniability to shield it from the consequences of its aggressive policies.

Since the end of the 2006 Israeli-Lebanese Hizballah conflict, Iran has supplied LH with thousands of rockets, missiles, and small arms, in direct violation of UNSCR 1701. Iran has also provided hundreds of millions of dollars in support of LH and has trained thousands of its fighters at camps in Iran. Lebanese Hizballah fighters have been used extensively in Syria to support the Assad regime. In Bahrain, Iran has continued to provide weapons, support, and training to local Shia militant groups. In March 2017, the Department of State designated two individuals affiliated with the Bahrain-based al-Ashtar Brigades (AAB), which receives funding and support from the Government of Iran, as Specially Designated Global Terrorists under Executive Order 13224.

Iran continued to provide weapons, training, and funding to Hamas and other Palestinian terrorist groups, including Palestine Islamic Jihad and the Popular Front for the Liberation of Palestine-General Command. These Palestinian terrorist groups have been behind a number of deadly attacks originating in Gaza and the West Bank, including attacks against Israeli civilians and Egyptian security forces in the Sinai Peninsula.

The Iranian government maintains a robust offensive cyber program and has sponsored cyberattacks against foreign government and private sector entities.

Iran remained unwilling to bring to justice senior al-Qa’ida (AQ) members residing in Iran and has refused to publicly identify the members in its custody. Iran has allowed AQ facilitators to operate a core facilitation pipeline through Iran since at least 2009, enabling AQ to move funds and fighters to South Asia and Syria.

Previous articleFrance Will Not Name a New Ambassador to Tehran After Paris Bomb Plot
Next articleDe Facto Confessions of Iran Regime Officials: Al-Jazeera English and Channel 4 Programs Against the PMOI Were Planned by the Regime