De Facto Confessions of Iran Regime Officials: Al-Jazeera English and Channel 4 Programs Against the PMOI Were Planned by the Regime 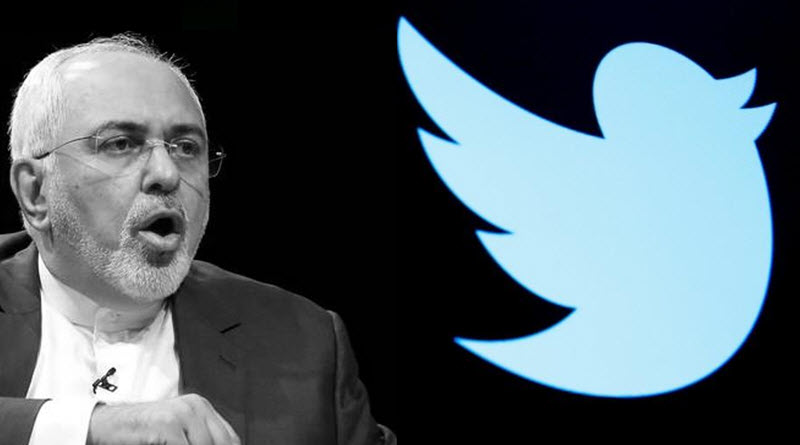 After a dirty campaign for several weeks against the People’s Mojahedin Organization of Iran (PMOI/MEK) by agents and mercenaries of the clerical regime operating under the guise of reporters from Britain’s Channel 4 and Al-Jazeera English, the regime’s Foreign Minister, Javad Zarif, and the regime’s Ambassador to the United Kingdom, Hamid Baeidinejad, unveiled that the threatening tactics around the residence of the People’s Mojahedin in Albania (disclosed in the statements of the NCRI Security Committee on August 16 and September 2) and the smear campaigns of Channel 4 (September 6) and Al-Jazeera English (September 16) were “ordered” by the mullahs’ regime.

Their remarks are further proof that the lies propagated in these programs were a vengeful repetition of the mullahs’ claims against the Iranian Resistance and meant to divert attention from the regime’s cybercrimes and the closure of its fraudulent social media accounts. In 2002 and 2003, this very regime claimed through hired mercenaries and journalists that Iraq’s weapons of mass destruction were hidden in the PMOI’s headquarters. The goal then was to divert attention from the Iranian Resistance’s revelations about the regime’s clandestine nuclear facilities.

Now, in the cyber arena, the state-run ISNA news agency, on September 16, 2018 quoted the regime’s Ambassador to London, Baeidinejad as saying: “Shortly after Dr. Zarif referred to the bitter reality of the existence of a massive network of fake tweet production and replication, the UK’s Channel 4 and Al-Jazeera broadcasted documentary programs that revealed the hidden face of this bitter reality.” Claiming that the PMOI “produces millions of messages in the form of hashtags calling for the overthrow [of the regime] using the most advanced information technologies every day,” he urged Twitter to “act upon the official request of Dr. Zarif to close the fraudulent accounts that sent hashtags calling for an overthrow against Iran”.

An hour earlier, on the same day, in a tweet referring to the Al-Jazeera program, Zarif called for the closure of the accounts of the supporters of the Iranian Resistance. It is ridiculous for a shameless representative of a regime which deprives 80 million Iranians of social networks to foolishly give instructions for the closure of internet accounts of its opposition – an act which reveals the regime’s fear of the growing popular unrest as sanctions intensify.

Subsequently, to cover up this large scandal, Zarif announced that “the greatest presence on Twitter is by those who do not have a good relationship with us and who are more likely to be driven from the outside, especially from Saudi Arabia and the United States.” The mullahs’ foreign minister added: “I’m surprised that these companies have closed the accounts of some Iranian users, but these fake accounts and bots, which are completely distinctly guided, operate freely.” (Khabar Online state website – August 31).

On September 6, Channel 4, which had secretly filmed the PMOI residence and sent photos and videos to the regime’s intelligence agents, broadcast the dictated program and claimed that the PMOI in Albania was engaged in online propaganda.
Ten days later, on September 16, Al-Jazeera English, with the help of known regime agents such as Trita Parsi, and his associate Azadeh Moaveni, and mercenaries who had also appeared on Channel 4, claimed that since the end of 2017, the PMOI changed the views of major media organizations through hashtags calling for regime change, adding that the PMOI, although having “powerful friends” abroad, does not have “any support” within Iran.

Earlier, the Mojahedin in letters dated August 10 and August 13 to Channel 4 and in a letter dated August 22, 2018 to Al-Jazeera English exposed the dirty scenarios that had been dictated to the mullah-friendly reporters’ network with details and documents and the names of mercenaries used in these programs. Furthermore, former Intelligence Minister Ali Fallahian admitted in a television interview on July 9, 2017: “To gather information, the Ministry of Intelligence needs a cover, whether inside or outside the country. We do not send an intelligence officer to Germany or the United States to say that I am from the Ministry of Intelligence. A business or journalism cover is needed.”

Despite the dirty tricks of ministers, ambassadors, agents and mercenaries of the clerical regime, every day further dimensions of the Iranian regime’s internet terrorism are exposed. Yesterday, the cyber security firm FireEye announced that a hacker group linked to government institutions in Iran had launched massive attacks against Middle Eastern oil companies and other targets as oil sanctions loom.

Previous articleIran Regime Is the World’s Leading State Sponsor of Terrorism: U.S. Country Reports on Terrorism 2017
Next articleConcerns That Iraqi Equivalent of Iran’s Suppressive Basij Force Is Being Established