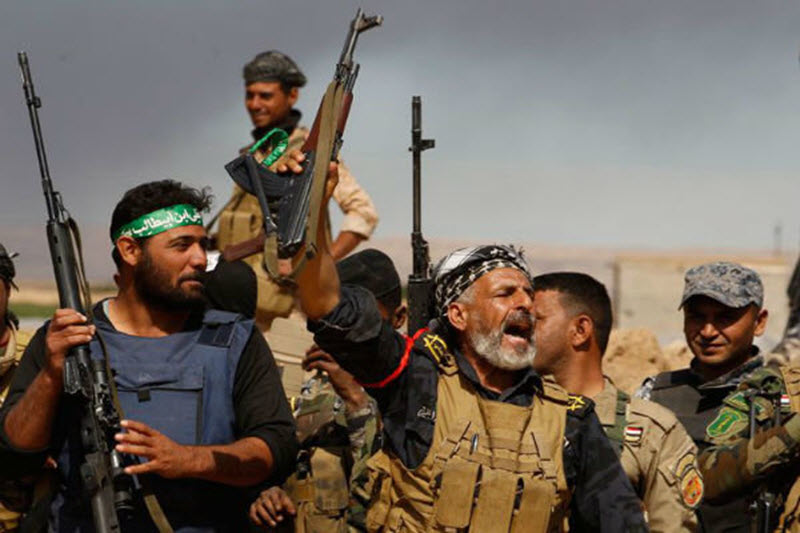 The people of Iraq are deeply concerned about the interference of the Iranian regime in the country’s politics. Iran’s presence is menacing to the people and they have seen their lives become worse as a result.

In recent weeks, the people of Basra have been holding protests and demonstrations because of their situation. Not only is the employment situation dire, but the people have also been deprived of electricity and clean water. A high number of people, tens of thousands, have been hospitalised after becoming ill as a result of drinking contaminated and heavily polluted water. The basic services are lacking and the people are getting fed up.

Basra is a strategic location for the Iranian regime because it houses the country’s main port. It is also located close to the Iranian border and is close to Iraqi oil fields.

In a symbol of the people’s disdain of the Iranian regime’s meddling, the Iranian consulate in the city was torched. Protests are becoming violent and people have been killed. Government buildings are also being destroyed.

It has now been announced by the Basra branch of the Popular Mobilization Committee that “mobilization forces” have been established in the city. It added that it included “reservists of thousands of volunteers”.

The Committee said that the forces would be operating within a service framework and as volunteers. However, there are major concerns from activists and the people of Basra that this is an attempt to create an Iraqi version of Iran’s suppressive Basij force. Many believe that it will result in the city’s residents being heavily oppressed, especially the activists and protesters.

Already the people of the city are under pressure as news comes in every day about the treatment of protesters. It was reported at the weekend that Waleed Al-Ansari – a local activist – was arrested in what appears to be the beginning of a serious arrest campaign.

Iran’s Basij force is a paramilitary volunteer militia that was set up after the 1979 revolution by the then-Supreme Leader of Iran, Ayatollah Khomenei. It started as a force of civilian volunteers who fought in the Iran-Iraq war. It soon became part of the Islamic Revolutionary Guard Corps (IRGC) and nowadays it is composed of young Iranian volunteers who act as agents enforcing internal security. Or rather they enforce state control over the people.

They play a major role in the suppression of dissent and they are present across the whole country.

The Basij force was extremely present during the protests of students in 1999 and it becomes more forceful every time the Iranian regime feels that it is losing control over society. A decade after the student protests, the Basij force was responsible for violent attacks on protesters during the 2009 uprising. Many people were injured or killed.

An equivalent force would be very dangerous for the people of Basra and the whole country. The people want their politicians to regain full state control and are aware that this cannot happen until Iran is evicted from the country altogether.

Previous articleDe Facto Confessions of Iran Regime Officials: Al-Jazeera English and Channel 4 Programs Against the PMOI Were Planned by the Regime
Next articleIran Regime Profits off the Sale of Human Organs