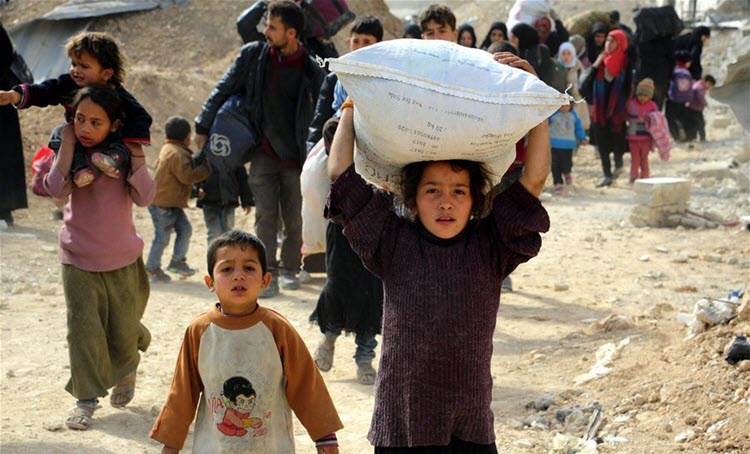 NCRI – The US wants Iran, Russia, and Syria to be held responsible for “some of the worst atrocities known to man”, committed during the seven-year-long Syrian Civil War.

On Thursday, US national security adviser H.R. McMaster said that all three countries must be held accountable for the human rights abuses that they have committed during the conflicts, which includes, but is not limited to, torture, starvation, rape, arbitrary arrests, abductions, attacks on schools and hospitals, and the use of chemical weapons on civilians.

McMaster called on the rest of the world to join with him and do more than issue statements condemning these abuses, emphasising the use of political and economic pressure, including sanctions.

This comes shortly after the commander of the US military’s Central Command, General Joseph Votel, suggested to Congress on Wednesday that support from Iran and Russia has helped Bashar Assad to win this civil war and continue the oppression of the Syrian people.

What is Iran’s role in Syria?

Iranian regime has been supporting Assad in the Syrian Civil War since it began in 2011 for two main reasons.

One, the Iranian mullahs want to turn Syria into a vassal state for Iran and turn Assad into their puppet, which they think they’ll be able to do if they help Assad keep power. This is the same strategy that the Iranian Regime has used successfully in Iraq and Lebanon, so they believe it will happen again.

So the Iranian Regime has put in roughly 25,000 fighters from its army, security forces, and terrorist proxy militias (i.e. Hezbollah) to fight on behalf of Assad and sure up the Syrian Regime.

When the world caught on, Iran claimed that it was actually there to defeat ISIS – a strange claim when you consider that the Iranian Regime actually has strong links to the ISIS founders – or defending religious shrines, despite the fact that these fighters are hundreds of miles from the shrines.

This has worried the US government, who want to reduce Iranian influence in Syria before the situation gets worse.

Jennifer Cafarella, with the Washington-based Institute for the Study of War, said: “The U.S. seeks to halt Assad’s atrocities and constrain and ultimately reduce the buildup of Iranian proxy forces and Iranian influence in Syria.”