IRGC’s new threat to close Strait of Hormuz, a hollow show of force 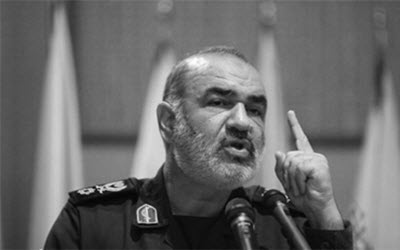 NCRI – The deputy commander of the Iranian regime’s Islamic Revolutionary Guards Corps (IRGC) in a televised broadcast on Wednesday threatened to close the strategic Strait of Hormuz, on Iran’s southern shores, to the United States and its allies.

“If the Americans and their regional allies want to pass through the Strait of Hormuz and threaten us, we will not allow any entry,” said General Hossein Salami.

Nearly a third of all oil traded by sea passes through the narrow strait.

“The Americans should learn from recent historical truths,” Salami said in a reference to the capture of 10 U.S. sailors in January. The sailors were paraded on state television with their hands over their heads and released shortly afterwards.

Commenting on the IRGC’s announcement, Shahin Gobadi of the Foreign Affairs Committee of the National Council of Resistance of Iran (NCRI) on Wednesday said:

“Salami’s remarks can be described as posturing by a weakened regime. The Iranian regime is engulfed in numerous crises including the one in Syria and it faces regional isolation as was manifested in the recent resolution by the Organisation of Islamic Cooperation (OIC). As such these remarks are just a hollow attempt for a show of force to boost the morale of the regime’s forces. In reality, this act would be tantamount to the regime shooting itself in the foot.”