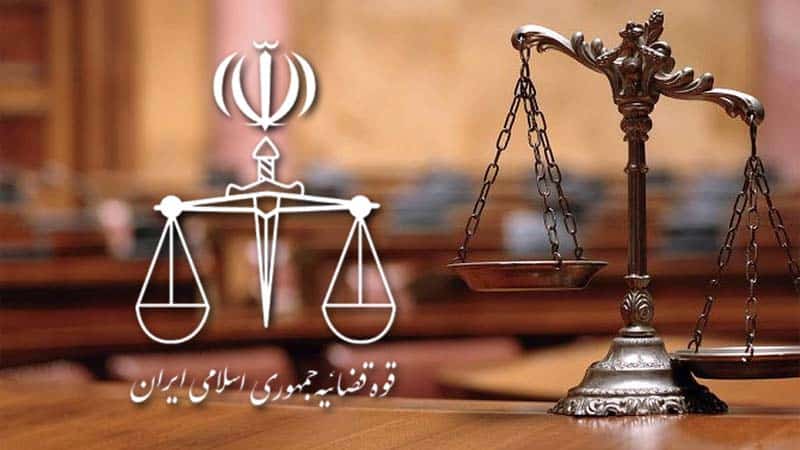 The Iranian regime’s Judiciary has recently started a sham trial against the Iranian opposition, the People’s Mojahedin Organization of Iran (PMOI/MEK), and its leaders. The case is based on the so-called testimonies of 40 individuals. These individuals are the regime’s agents, posing as the MEK’s “former members.” After the regime began this sham trial, the International Committee in Search of Justice (ISJ) issued the following statement, calling on the regime and its top authorities to come to an international court.

The full text of this statement is below:

The embarrassment and humiliation of the Iranian regime over the jailing in Belgium of one of their diplomats has provoked a bizarre attempt at retaliation. Assadollah Assadi, a diplomat from the Iranian embassy in Vienna, was sentenced last month to a maximum of twenty years imprisonment for terrorism and attempted murder. Three co-conspirators each received long jail terms. Assadi had flown from Tehran to Vienna on a commercial airliner with a carefully constructed bomb in his diplomatic pouch. He had then ordered his co-conspirators to detonate the bomb at an Iranian opposition rally in Paris. Had the plot succeeded, hundreds of men, women, and children would have been killed on European soil.

For the theocratic regime, Assadi’s conviction has come as a terrible blow. It couldn’t have happened at a worse time, just as they were trying to blackmail the new Biden administration into lifting sanctions and restoring the failed nuclear deal. In the west, politicians and the media were trumpeting the fact that Assadi could only have been working under the direct instructions of the regime’s leadership. The finger of blame was pointing directly at Supreme Leader Ali Khamenei, President Hassan Rouhani, Foreign Minister Javad Zarif, and Intelligence Minister Mahmoud Alavi. There were calls in the west to close Iran’s embassies and expel their diplomats. Hundreds of Iranian spies and agents in the pay of the Ministry of Intelligence & Security (MOIS), the Islamic Revolutionary Guards Corps (IRGC), and its extraterritorial Quds Force, embedded across the EU and America, must have taken fright at the prospect of suffering a similar fate to Assadi.

Borrowing a page from the fascist playbook, the regime has reacted in a customary manner. The mullahs have set up a bogus court where a panel of so-called ‘judges’ will try, in absentia, the leadership of the main democratic opposition movement, the National Council of Resistance of Iran (NCRI), the People’s Mojahedin of Iran/ Mojahedin-e Khalq (PMOI/MEK). The key opposition figures, including NCRI president-elect Mrs. Maryam Rajavi, Chair of the NCRI International Relations Committee Mohammad Mohaddessin, and other senior figures, will be charged with a long-list of absurd offenses, and fake evidence will be heard from agents of the regime in front of corrupt and criminal judges. No doubt the absent opposition leaders will be sentenced to death by this medieval regime and its ludicrous sham judicial circus as they attempt to draw attention away from their own sponsorship of international terror.

The International Committee ‘In Search of Justice’ (ISJ) challenges the Iranian regime to send Khamenei, Rouhani, Zarif, Raisi, and Alavi to make their counterfeit charges against the Iranian opposition at the International Criminal Court in The Hague. The NCRI, PMOI/MEK have clearly stated that they will be more than happy to attend such a hearing and will provide all of the evidence necessary to ensure that the truth about this criminal regime and its leaders are revealed. But the regime’s gangster leadership will be terrified of appearing before an international court of justice, where they would be confronted by the families of some of the tens of thousands of political prisoners and unarmed protesters murdered by the mullahs during their 42 years in power.

Indeed, the ISJ is only too aware of the fact that the clerical regime has used the tactic of sham trials of the NCRI, PMOI/MEK leadership before in France and Iraq, and each time it backfired. The show-trial Tehran is yet another contemptible illustration of the Iranian regime’s fully-fledged development as a fascist dictatorship. Under the mullahs, Iran has been turned into a pariah state that can no longer be trusted diplomatically or invited to negotiate in the international arena. It is a failed state, and the EU, US, and UN must now listen to the Iranian people rather than their perverted government. The International Committee ‘In Search of Justice’ (ISJ) also calls for Khamenei, Rouhani, Zarif, and Alavi to be indicted for their respective roles in directing the terrorist bomb plot involving Assadi and demands their arraignment before the EU’s international court of justice to face these charges.

Previous articleCoronavirus Disaster in Iran: The Fatalities in 518 Cities Exceeds 230,700
Next articleIran News in Brief – March 14, 2021