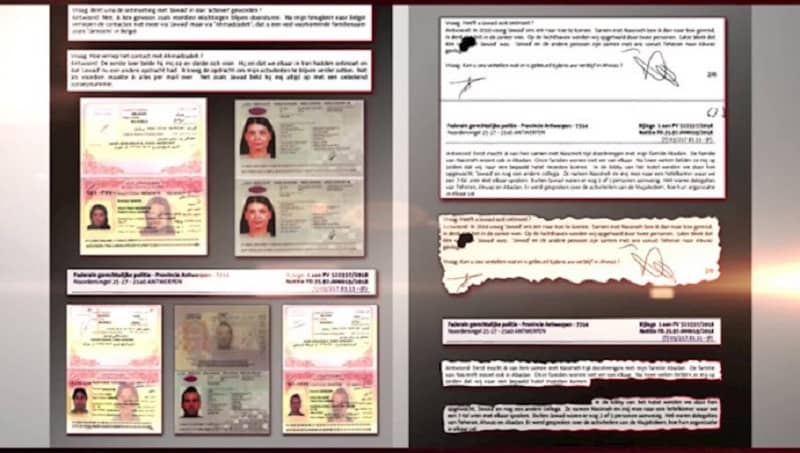 More revealed pieces of evidence in the case of Iran’s incarcerated diplomat-terrorist, Assadollah Assadi, and his three accomplices, further elucidate the extensiveness and history of their connections to the regime’s Ministry of Intelligence and Security (MOIS). It also highlights the need to expel all the Iranian regime’s agents who use refugee citizenship status in Europe to pursue the mullahs’ malign goals.

The terrorist couple, Amir Sadouni and Nasimeh Naami, who Assadi tasked with planting a bomb in the Iranian opposition’s “Free Iran” gathering in 2018 in Paris, tried to downplay their role as MOIS agents during the trial in Antwerp, Belgium. Yet, as more evidence is published, their role as longtime and experienced MOIS agents becomes clear.

MOIS agents, identified as Javad, Ahmadzadeh and Mohammad, were the contacts of the terrorist couple from 2007 to 2015.

According to evidence, Sadouni told prosecutors Javad, from the MOIS, called him in the winter of 2007. “In 2010 Javad asked us to travel to Iran. Nasimeh and I traveled to Iran, I think in the summer. Two individuals were waiting for us [in Tehran]. Later we found out one of them is Javad. We flew to Ahvaz,” Sadouni said during his interrogation.

“They [the MOIS] allowed us to spend some time with my family in Abadan. Nasimeh’s family also live in Abadan. They [MOIS agents] called us after two weeks and told us to go to a hotel in Ahvaz. Javad and his colleague were waiting for us in the lobby. They took us to a room, and we spoke for about 7 hours. Besides Javad, two or three others were there. They were [the MOIS] representatives from Tehran, Ahvaz and Abadan,” Sadouni added, underlining they talked about the People’s Mojahedin Organization of Iran’s (PMOI/MEK) “activities and organization.”

After Javad, another MOIS agent identified as Ahmadzadeh became Sadouni and Naami’s contact from 2010 to 2013.

Sadouni, who was collecting information about the MEK and its supporters, confirmed he “continued sending information” after he met Javad.

“After returning to Belgium, the calls weren’t by Javad. Ahmadzadeh contacted us. He called me, introduced himself and said we met in Iran and Javad has another mission now. He ordered me to continue my activities. Like before, I kept sending everything by email. Like Javad, he [Ahmadzadeh] called me with an anonymous number,” Sadouni said.

In 2013, Sadouni travelled to Iran and met the MOIS agents. Following this trip, a person, identified as Mohammad from the MOIS General Office of Khuzestan Province became Sadouni’s contact. 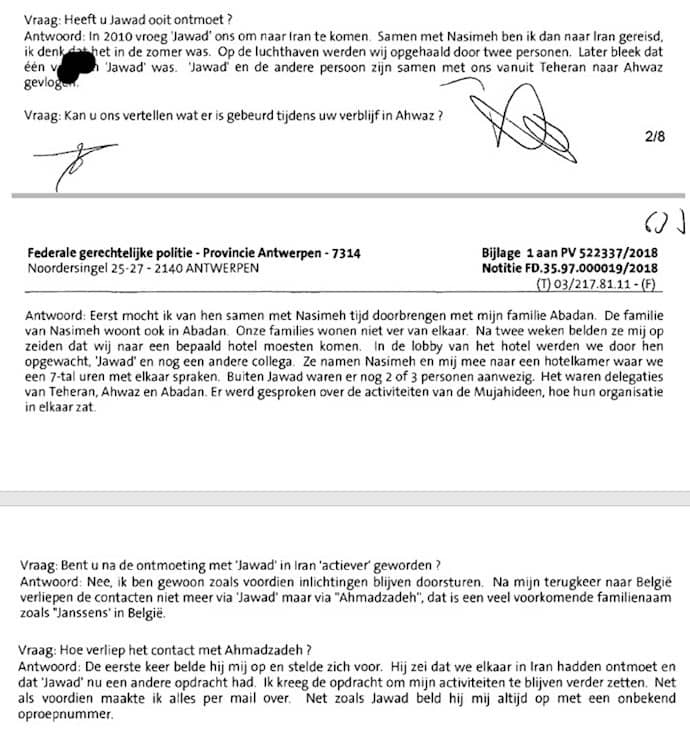 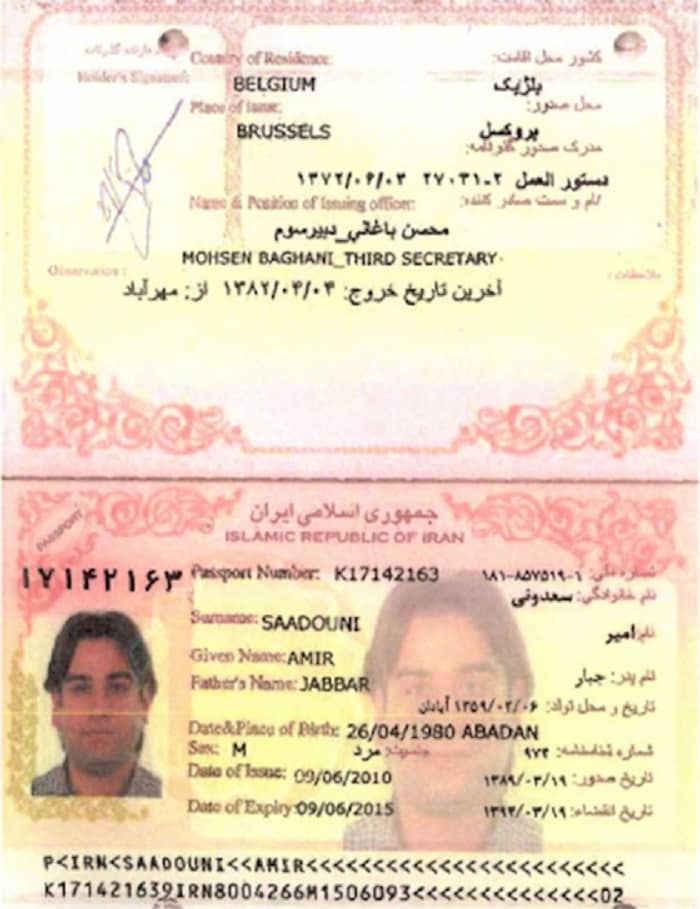 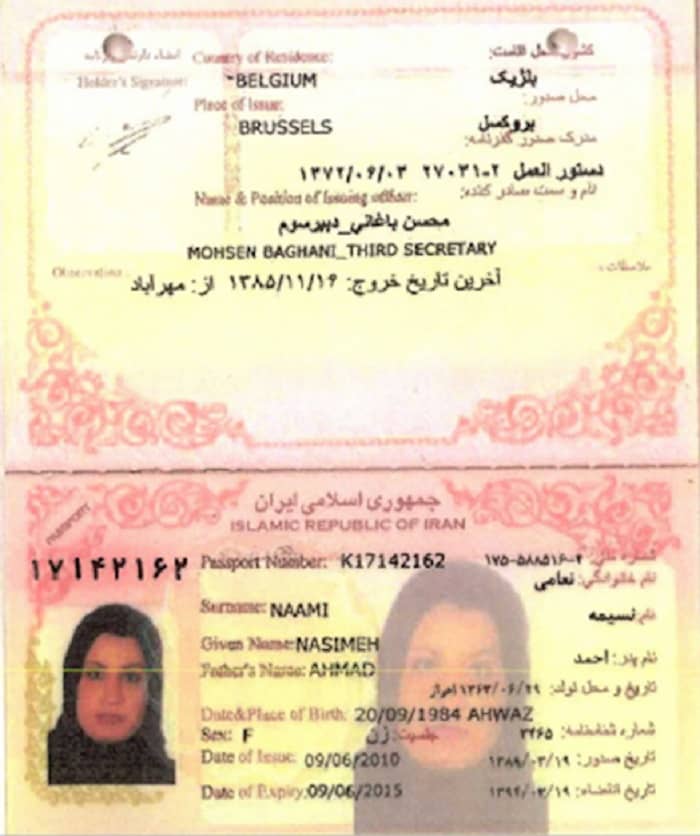 Five years later, when the previous passport expired, Saadouni and Naami received their second passport again from the regime’s embassy in Brussels on July 24, 2015. All the while, the terrorist couple were political refugees and later became Belgium citizens. 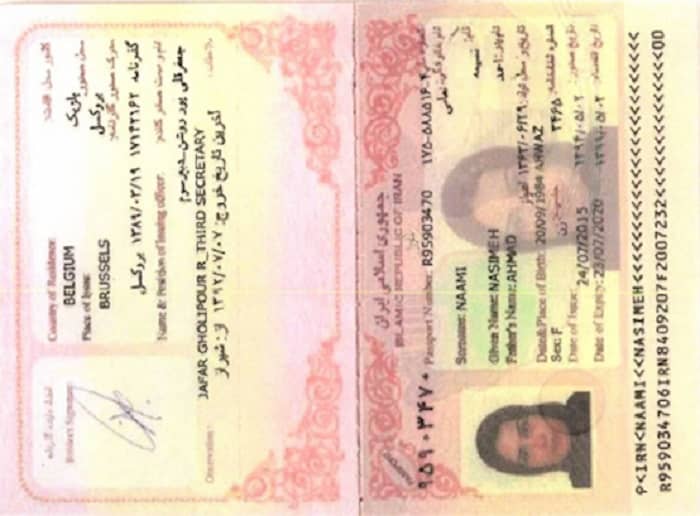 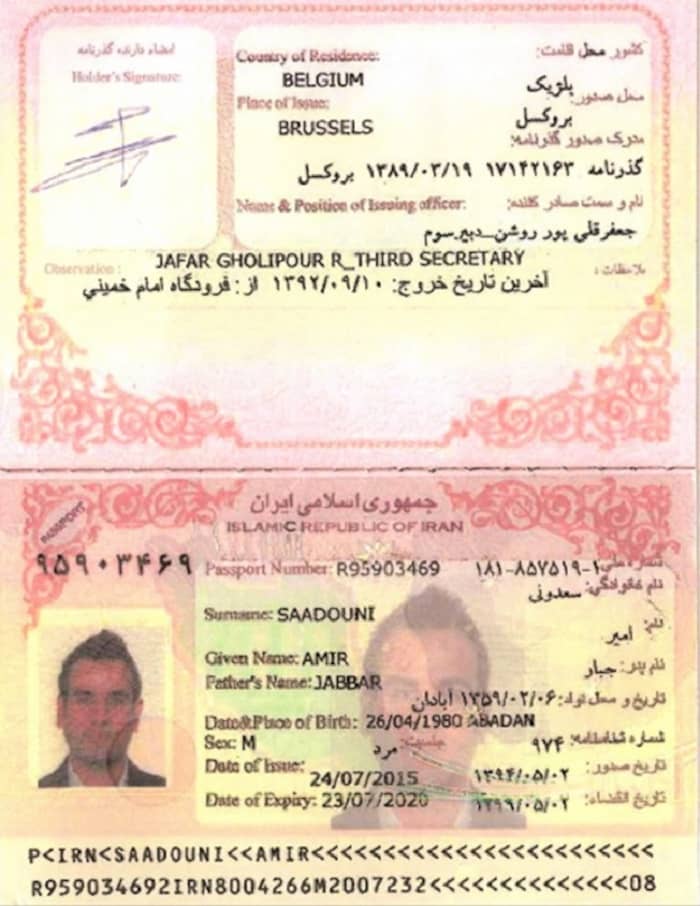 These pieces of evidence show how the regime’s agents used their refugee status or citizenship in other countries to pursue their espionage and terrorist missions. Much like Assadi, who used his diplomatic privileges to transfer explosives from Iran to Europe, using a commercial flight, and orchestrate an attack in heart of Europe. 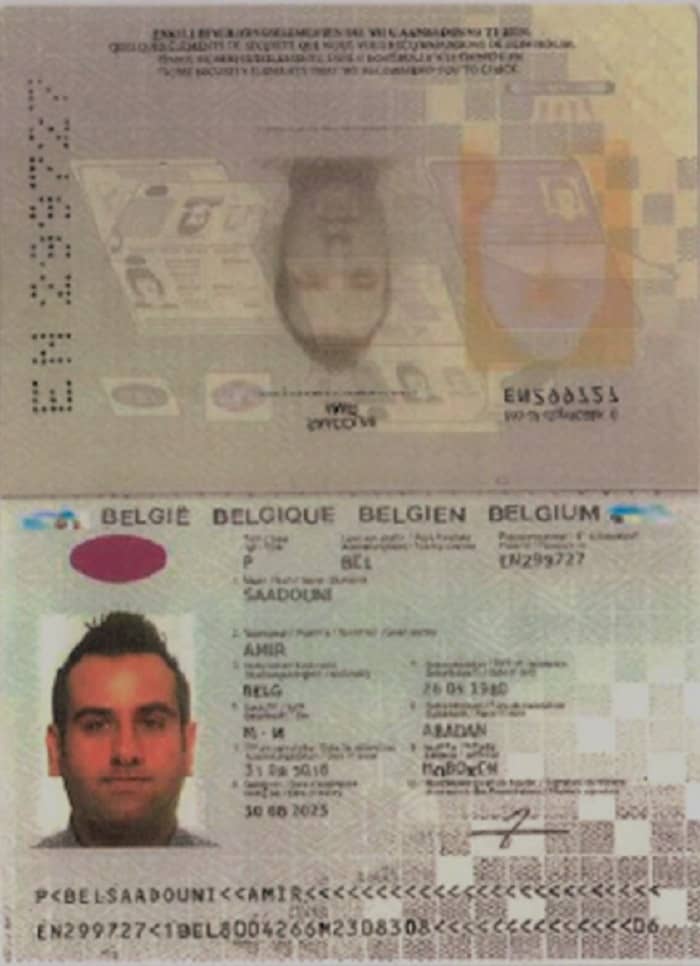 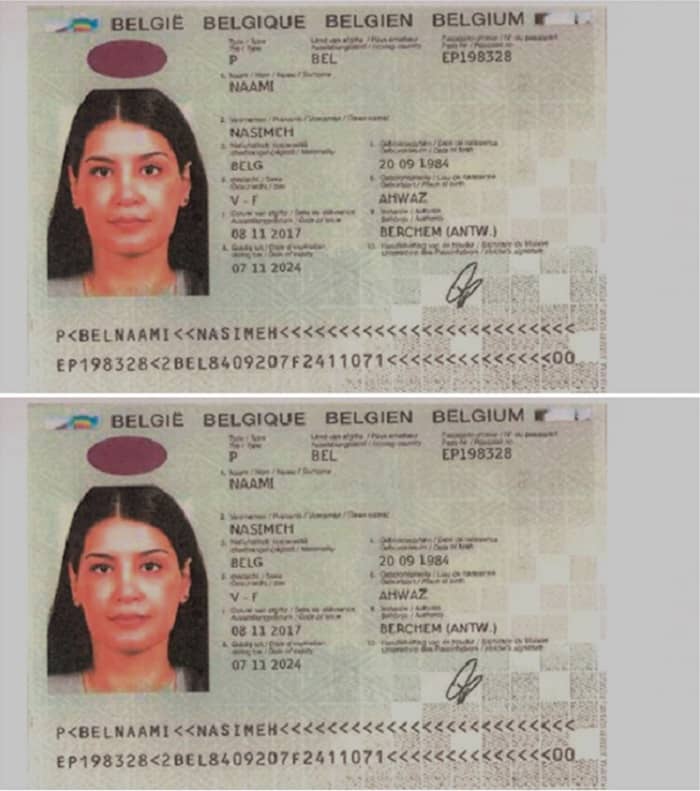 The trial of Assadi and his accomplices once again highlights the need for the European countries to shut down all the regime’s embassies and the so-called cultural centers and expel the regime’s agents from the EU.