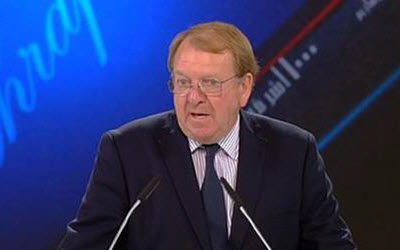 NCRI – The Brussels-based European Iraqi Freedom Association (EIFA) in a statement on Saturday urged the international community to act urgently to stop the Iranian regime’s military presence in Syria.

The following is the text of the statement by EIFA President Struan Stevenson:

With the Syrian revolution against the dictatorship of Bashar al-Assad entering its sixth year, Tehran has escalated the presence in Syria of its Islamic Revolutionary Guards Corps (IRGC), together with regular Iranian military units, who are waging a brutal campaign against the Syrian people and the moderate opposition.

In recent weeks, a significant number of special commandos of Iran’s regular army have been killed in Syria, pointing to their extensive presence in that conflict. The failure of the IRGC, especially in the Aleppo’s zone and their massive casualties in recent months in Syria, has reportedly caused Iran’s Supreme Leader Khamenei to dispatch his regular army to bolster pro Assad forces in this criminal war.