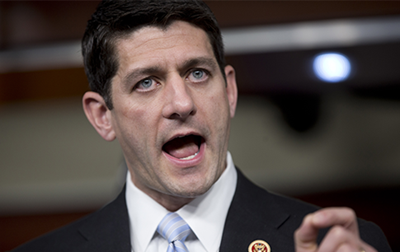 The mullahs’ regime on Friday announced that it had finalized a deal with U.S. companies that are buying its heavy water.

U.S. House of Representatives Speaker Paul Ryan, commenting on the initial report in the Wall Street Journal on Friday that the Obama administration was to buy the heavy water, said the purchase was “another unprecedented concession to the world’s leading state-sponsor of terrorism.”

Rep. Ryan added in a statement that the reported purchase for $8.6 million appeared to be part of the Obama administration’s efforts to sweeten the nuclear deal with Iran’s regime and would “directly subsidize Iran’s nuclear program.”

House Foreign Affairs Committee Chairman Ed Royce said in a statement: “Once again, the Obama administration is handing Iran’s radical regime more cash. U.S. purchase of this sensitive material goes well beyond what is required by the nuclear agreement. Far from curbing its nuclear program, this encourages Iran to produce more heavy water to sell – with a stamp of U.S. approval – on the international market.”

“Iran is already the world’s leading exporter of terrorism and violence. It should not be given more cash, and critical legitimacy, to further develop and market nuclear products. This is another bad consequence of a bad nuclear deal,” he added.

On Friday, Alireza Jafarzadeh, deputy director of the U.S. Representative Office of the National Council of Resistance of Iran (NCRI), said: “The U.S. decision to purchase 32 tons of heavy water produced by the Iranian regime is another unjustified concession to the mullahs, particularly at a time when the regime keeps violating United Nations Security Council Resolution 2231 through its ballistic missile tests.

This is tantamount to rewarding the criminal mullahs for their secret and illegal nuclear weapons program. The message it sends to the regime is that the U.S. and world community are not serious in confronting Tehran’s quest to acquire nuclear weapons.”