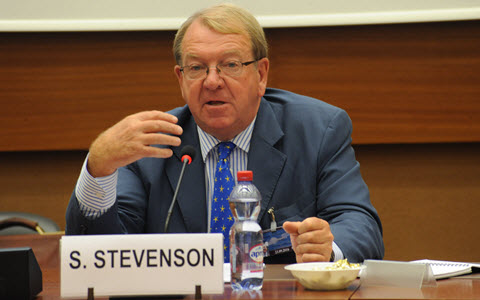 NCRI – A new report detailing the Iranian Regime’s support for Islamic terrorist groups, including Al-Qaeda, Hezbollah and ISIS, has been released by the European Iraqi Freedom Association (EIFA).

The report, released on The November 21, notes that the Regime will describe these fundamentalist groups as liberation movements or revolution starters but the ideology is the same: fund terrorists, destabilise the region, take control via proxy group.

Much of the report scrutinises the deep relationship between the Iranian Regime and Al-Qaeda, which was recently made public knowledge after the CIA declassified nearly half a million documents that were discovered in the 2011 raid on Osama Bin Laden’s Pakistan compound in which the leader of the terror cell was killed by US Navy Seals.

This relationship began back in the 1990s when the Iranian Regime helped to fund, arm, and train the terror group.

The Regime even sheltered key al-Qaeda members when the US authorities were looking for them after 9/11, although they did ransom the operatives to the US under the provision that the US handover Iranian dissidents who were living in exile in Iraq and unable to go back to their country for fear of being executed for opposing the Regime.

Ultimately, the US refused to negotiate with the Iranian Regime terrorists and betray political exiles who had only ever been warning the US about the Regime’s true nature. The Iranian Resistance had warned the US about Iran’s nuclear weapons programme all the way back in 2002.

What you will take away from this is that the Iranian Regime is not supporting terrorist groups based on religion– Al-Qaeda and ISIS are Sunni while the Regime is Shiite- although they are more than happy to promote sectarian violence if it helps them to destabilise the region faster.

EIFA President Struan Stevenson wrote: “Despite the differences between Shiite and Sunni extremist groups, they have much more in common than it may seem. On this view, Iran is able to look past sectarian differences in the interest of acting as the epicentre of Islamic fundamentalism in general.”

This report is vital reading for anyone who wishes to understand Iran’s destructive influence in the Middle East so please take the time to read it.