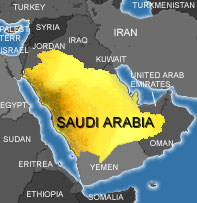 Kingdom abandoning its traditional role behind the scenes

International Herald Tribune – JIDDA: With three important parts of the Middle East on the boil and Iran poised to gain from them all, Saudi Arabia has abandoned its behind-the- scenes checkbook diplomacy and taken on a central and aggressive role in reshaping the region’s conflicts.

The kingdom was to play host Tuesday in Mecca to the top leaders of Hamas and Fatah, the two main Palestinian factions whose gunmen have shot, killed and kidnapped one another in recent months, in a meeting that both sides say could lead to a national unity government and reduced bloodshed.

Saudi Arabia has also increased its public involvement in Iraq and in trying to head off civil war in Lebanon. The process is shaping up as a counter-offensive to Iran’s efforts to establish itself as the regional superpower, according to diplomats, political analysts and officials here and throughout the region.

"In Saudi we realized that we have to wake up," said a high-ranking Saudi diplomat who spoke on the condition of anonymity because he was not authorized to speak to the media.

The broader Saudi effort has been made in collaboration with the kingdom’s usual allies in the Gulf, Egypt and Jordan, but it also is a significant change in a region already undergoing a profound reshuffling.

The changes reflect the toppling of Saddam Hussein and the transfer of power from Sunnis to Shiites in Baghdad, but they actually reach back many years to the gradual decline in influence of Cairo and the collapse of a pan- Arab agenda, according to political analysts and diplomats around the region.

"This is not leadership by choice, it is leadership by necessity," said Gamal Abdel Gawad, who heads the international relations desk at the Ahram Center for Political and Strategic Studies in Cairo. "There is a leadership vacuum in the region and they have to step forward or Iran will."

There is evidence that Saudi Arabia has taken that step with prodding from the United States.

The White House has sought the kingdom’s help in blocking Iranian influence in Iraq and Lebanon and with the Palestinian government led by Hamas. It has also looked to its allies in Riyadh to help stabilize Iraq and preserve the American-backed government in Beirut. But Riyadh’s goals may not always be in alignment with those of the White House and in fact could complicate some things for the Americans.

While the Bush administration, for example, sees the conflict in Iraq as one between "allies and terrorists," some of the Saudi leaders see it as Sunnis versus Shiites, analysts and diplomats said.

And while Saudi Arabia wants to move Hamas out of Iran’s influence and back into the Arab fold, the United States views Hamas as a terrorist organization.

It is also unclear how relations stand between Saudi Arabia and Israel, though there are some signs in Washington of a thaw. That may be driven by a widely accepted notion in Sunni-led capitals that the only way to block Iran and calm the many fires in the region is to resolve the Israeli-Palestinian conflict, or at least to appear to be trying to.

On the surface, the Saudi effort to establish itself as a counterpoint to Tehran has been seen as a contest between the Shiites, led by Iran, and Sunnis, led by Riyadh. Iran is the only state led by a Shiite religious system. Saudi Arabia is the birthplace of Islam and its king draws legitimacy as the Custodian of the Two Holy Mosques.

The kingdom has been accused of stoking sectarian tensions as a way of draining popular support from Iran and its proxies, like Hezbollah. It is a charge that officials in Saudi Arabia deny but for which there is some evidence.

In a Jan. 27 interview that appeared in Al Seyassah, a daily, King Abdullah was asked about widespread rumors that Shiites were trying to convert Sunnis. Iranian officials have denied such reports as a disinformation campaign aimed at inciting tensions.

"We are following up this matter and are aware of the Shiite proselytism and what point it has reached," the king was quoted as saying. "We do not think that this attempt will achieve its objectives."

Saudi Arabia has acknowledged Iran’s importance and influence in the region but has also threatened to push back. In the interview with Al Seyassah, the king advised Iranian leaders "to know their limits."

The battle is also about political power, national interests and preserving the status quo, political analysts, officials and diplomats in the region said. Riyadh and its allies see a threat to their own power, and their own security, in the rise of Iran and what is being called the Shiite revival.

They have expressed fear at Iran’s insistence on pursuing a nuclear program and anxiety over the rise in popularity of the Shiite militia Hezbollah in Lebanon. Some analysts say that Israel’s failure to crush Hezbollah during 34 days of bombing last summer was a pivotal moment in the region, exposing the strength of Iran’s regional proxy army.

"The Saudis felt that the Iranian role in the region has become influential, especially in Iraq, Palestine and Lebanon and that the Iranian role was undermining their role in the region," said Muhammad Al Sakr, head of the foreign affairs committee in the Kuwaiti Parliament. "Usually the Saudis prefer to maneuver behind the scenes. Lately they’ve been noticeably active."

In the Saudi capital, there was apprehension after the U.S. midterm elections, according to some analysts, who said the Republican loss of the House and Senate suggested that the United States might soon withdraw from Iraq. That prospect is viewed as potentially disastrous, not only in Saudi Arabia but also in other regional capitals looking to block Iran.

"The outcome confirmed our worst fears," said Awadh al Badi, of the King Faisal Center for Research and Islamic studies.

That moment brought changes in Saudi Arabia. In January the kingdom began talks with the Iranians; it began an effort to mediate the growing stalemate in Lebanon, where Hezbollah has faced off with the government of Prime Minister Fouad Siniora in sometimes violent confrontations. It even held a surprise meeting between leaders of Hezbollah and King Abdullah.

The kingdom has played host to numerous meetings of Sunni and Shiite leaders and of so-called moderate Muslim leaders in recent months. It decided to be the host for the next meeting of the Arab League in Riyadh. Officials said that at that time it hoped to try to smooth relations with Syria, which hit a low point after the Syrian president personally insulted the Saudi king and President Hosni Mubarak of Egypt in a speech last summer.

"Politically speaking, Syria is not in the fold," said an Egyptian diplomat who spoke on the condition that he not be identified because he did not want to antagonize Saudi Arabia or Syria. "Maybe the goal is to bring Syria back to the Arab world."

The crises in the region reflect underlying realities, political analysts and diplomats in the region said: The Arab world is not united by a common social, political and economic agenda, and the traditional center of influence has shifted from Cairo to the oil states.