Senior Iranian cleric: Syria and Lebanon is our front line 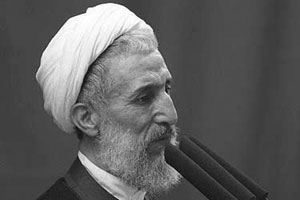 NCRI – During last Friday prayer in Tehran, cleric Kazem Sediqi said: “The government has set its defense lines in Syria and Lebanon.”

“One day our battle field was the city of Abadan (in southwestern Iran), but now you can see that it’s in Syria and Lebanon,” Sediqi said on Friday.

Hossein Amir-Abdullahian said: “The situation in Syria has entered a new phase and this period will be very decisive. For our axis, Syria is an important and active member in the resistance front, the state-run Fars news agency reported on May 31.

“That is why the Islamic Republic has seriously supported the Syrian government, and this support will continue and there has not been and will not be any changes in the position of Tehran in supporting Syria, and Hezbollah is also following this strategy and guideline.”