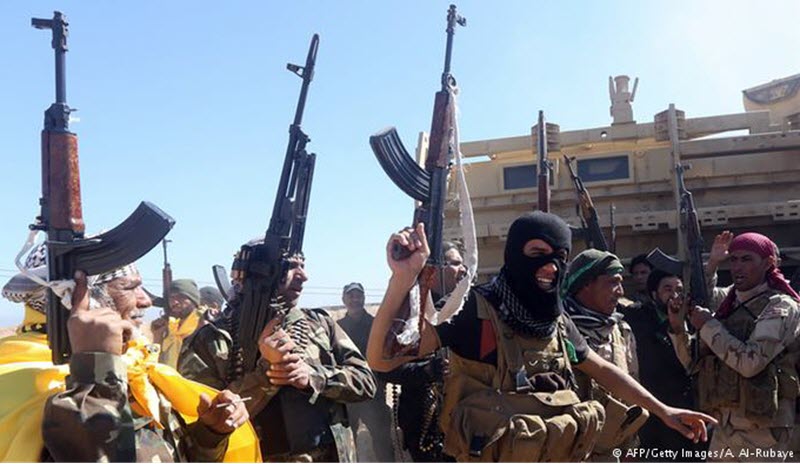 The Iranian regime, since the 1979 revolution, has been using proxy groups to further its agenda across the Middle East. It chooses sectarian, radical, violent and nonstate groups to pursue its military campaigns and it is something that is becoming more and more common across the region.

Since the 2003 US invasion of Iraq, and especially now in Syria and Iraq, Iran is noticeably using this strategy. In fact, it is more than just military campaigns that are being pursued – it is Iran’s regional ambitions.

The West has concentrated its efforts on the radical Sunnis groups (like the Islamic State group ISIS and the notorious al-Qaeda), but not much attention has been paid to the radical Shiite groups. Of which there are many. One Shiite group, however, that has not gone unnoticed is the Lebanese Hezbollah.

The 2003 invasion of Iraq by the United States was what sparked off the rise of brutal nonstate actors because of the vacuum that had been created. It gave Iran the opportunity to export the Islamic revolution and spread its ideology.
When Iraqi government was toppled, the situation in Iraq took a turn for the worse especially in terms of sectarian and ethnic division and devastation. Different local groups trying to outdo each other turned to outside influences and Iran was more than willing to step in. It provided arms, training, financial support and much more, and at the same time has been able to feed the locals with its ideological views.

Iran has sponsored a number of other proxies across the region, especially after the start of the Syrian civil war in 2011 and the capture of Mosul a few years later. Iran involved its proxies and has spent all these years propping up Syrian dictator Bashar al Assad and trying to keep ISIS away from the Iraqi capital.

Iran has the Zeynabiyoun Brigade (Pakistanis) and the Fatemiyoun Division (Afghans) in Syria and the Saraya al-Zahra (Zahra’s Brigades) and Kata’ib Imam Ali (Imam Ali Brigades) in Iraq. Asa’ib Ahl al-Haq (League of Righteous People), Saraya Khorassani (Khorasani Brigades) and Harakat Hezbollah al-Nujaba (The Movement of the Noble of Hezbollah) are present in both countries.

Furthermore, Iran has been trying to undermine the United States and its allies in the region and it backs a number of anti-American militant proxies.

The situation is not going to change for a long as the current regime is in place.

The Iranian regime is being put under immense pressure by the United States, but the biggest threat to its survival is the people of Iran. The people are demanding regime change because they know there is no other solution.

The National Council of Resistance of Iran (NCRI), the main opposition to the Iranian regime, offers an alternative to clerical rule. It supports a future Iran that is based on democracy, freedom and the respect of human rights. Clerical rule will be replaced with religious freedom and the conflicts in the region will start to calm down and fizzle out when the Iranian regime is removed from the equation.