U.S. Department of State’s Annual Report: The Iran Regime Remains at the Top of Terrorism-Supporting Countries 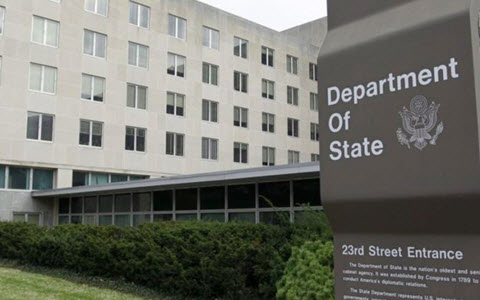 The report maintains that the regime has continued to strongly endorse and support the terrorist groups in Iraq, Syria and Yemen.

According to the State Department, the Iranian regime recruits soldiers in Afghanistan and Pakistan to join Shiite militia groups in Syria and Iraq affiliated to the regime, while there has not been any change in the process of supporting the Lebanese Hezbollah group.

Only two days before the release of the report, the US government confirmed the Iranian regime’s adherence to the Vienna agreement, but warned that the country has acted against the spirit of JCPOA by “striking peace and stability in the region.”

The State Department’s annual report also insists that Iran regime’s threats remain against the interests of the United States and its allies.

Referring to the activities of the terrorist Quds Force, the overseas branch of the Islamic Revolutionary Guards Corps (IRGC), the report states that the regime, with the use of this force, advances its foreign policy and provides cover for intelligence operations and destructive actions in the region.

The State Department in its report accuses the Iranian regime of supplying weapons and economic resources to Shi’a militias in Bahrain, continuing cybercrime and refraining from prosecution of senior al-Qaeda leaders.

The report is published while on Tuesday, July 18, the United States placed 18 individuals and other entities of the regime on the list of sanctions for supporting ballistic missile activities. In this new list, seven institutions and five individuals are targeted to boycott for supporting Iran’s military program or the IRGC.

The Commander of IRGC fearing new sanctions as well as possible future sanctions against the IRGC has warned that the US has to remove its regional bases up to a thousand kilometres around Iran if new sanctions are imposed on IRGC.