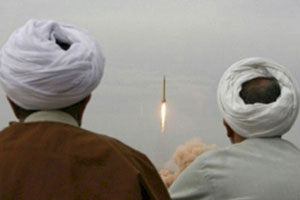 WASHINGTON, May 28 (Xinhua) — The U.S. military identified the Democratic People’s Republic of Korea (DPRK) and Iran as the leading threats of a missile attack to the United States in future, a high-ranking U.S. military officer said Wednesday.

Speaking at the annual global missile defense conference held at the Atlantic Council’s Center on International Security, James Winnefeld, vice chairman of the U.S. Joint Chiefs of Staff, said the assessment was based on the fact that both the DPRK and Iran boast nuclear and ballistic missile programs.

The United States has to take such threat seriously,”even though neither nation yet has a mature capability,” the senior officer said.

He added the DPRK is closer than any other adversary to being able to reach such a threshold, as Pyongyang could test a missile capable of reaching the U.S. homeland at any time.

However, Winnefeld warned that if either the DPRK or Iran launches a missile attack at the United States in future, it will be met with an “overwhelming response.”

Moreover, the United States places an emphasis on building regional missile defense, by closely cooperating with a number of key partners in different regions, he noted.

Winnefeld also urged Russia and China to persuade the DPRK and Iran to drop their ballistic missile programs.

At the same, the general noted that the United States is making progress in investing in promising technology programs” to ensure the missile defense program will be fully capable of defeating complex threats we expect to see in the future.”