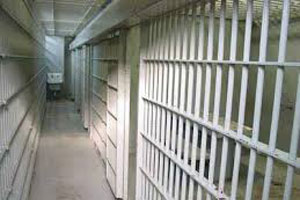 NCRI – The suppressive prison guards at the main prison in the city of Zahedan raided the prison’s Section 3 (Ward 3). They humiliated and insulted prisoners, while destroying and stealing their belongings. Suppressive agents held prisoners under direct hot sunlight without allowing them to drink water or using toilet.

The prison guards cut phone lines in this section of prison and threatened prisoners refused to force them to attend a lecture by Babaee, the head of State Prisons Organization in Sistan & Baluchestan province, but they refused to participate.

The prison guards at Bandar Abbas central prison attacked the prisoners and brutally beat them at the dawn on Sunday May 25. Suppressive forces confiscated prisoners mobile phones during the raid. They also destroyed a lot of prisoners’ belongings. It has been more than a week that prisoners have not been able to contacts their families.

Bandar Abbas prison is one of the most dreadful prisons in Iran where political political are being held in the same section that other prisoners are being held. While the capacity of this prison is 300-400 people, currently approximately 3800 prisoners are jammed in of whom 500 have death sentence and 300 of those sentences have been approved by the mullahs’ Supreme Court.

A high number of prisoners have to rest in the hallways due to excessive density. There is no medication for simple illnesses and only psychotropic and methadone pills are given to patients. Food has no quality, is inadequate and tastes bitter due to excessive use of camphor. The prison store sells expired canned food three times the price it is sold outside. This store is a mega income site for brokers and henchmen of this prison.

Water smells and tastes bad, and with power outage, water and phones are also disconnected. Environment is extremely unhealthy and full of vermin. Toiletries and personal health care products that used to be given to prisoners once every month have not been given for a long time. Light is only available until 10 P.M. Political prisoners are not allowed to leave the ward or to use the library. For 200 prisoners of this ward, only four outdated showers without doors and two toilets are available and in humid and very hot weather of Bandar Abbas, most days there is no water for showers.

Secretariat of the National Council of Resistance of Iran
May 29, 2014