On October 22, the United States Department of the Treasury sanctioned Iraj Masjedi, the Iranian regime’s ambassador to Iraq, also known as Iran’s “secret governor of Iraq.” The designation of Masjedi once again underlines how the mullahs’ regime uses its embassies for terrorism. Thus, it is imperative to close all the regime’s embassies and expel its diplomat-terrorists, particularly in Iraq, where Masjedi operates as the regime ambassador, implementing the regime’s warmongering policies.

Today's designation of Iraj Masjedi is a stark reminder that the United States will continue to disrupt the IRGC-QF’s attempts to threaten the security, sovereignty, and prosperity of Iraq and its people. https://t.co/eggrnf6VA1 https://t.co/cWOlBSypvt

“Today, the U.S. Department of the Treasury’s Office of Foreign Assets Control (OFAC) is designating Iraj Masjedi, a general in Iran’s Islamic Revolutionary Guard Corps-Qods Force (IRGC-QF) and Iran’s Ambassador to Iraq, for acting for or on behalf of the IRGC-QF. A close adviser to former IRGC-QF Commander Qassem Soleimani, Masjedi played a formative role in the IRGC-QF’s Iraq policy. In his decades of service with the group, Masjedi has overseen a program of training and support to Iraqi militia groups, and he has directed or supported groups that are responsible for attacks that have killed and wounded U.S. and coalition forces in Iraq. In his current capacity, Masjedi has exploited his position as the Iranian regime’s ambassador in Iraq to obfuscate financial transfers conducted for the benefit of the IRGC-QF,” read the U.S. Treasury’s statement on Thursday.

“The Iranian regime threatens Iraq’s security and sovereignty by appointing IRGC-QF officials as ambassadors in the region to carry out their destabilizing foreign agenda,” said Secretary Steven T. Mnuchin. “The United States will continue to employ the tools and authorities at its disposal to target the Iranian regime and IRGC-QF officials that attempt to meddle in the affairs of sovereign nations, including any attempts to influence U.S. elections.”

In an exclusive report on November 15, 2019, the National Council of Resistance of Iran (NCRI) revealed how Masjedi uses his diplomatic cover to implement the mullahs’ warmongering polices in Iraq. This report shed light on how the Revolutionary Guards (IRGC) Brigadier General, and top commander of the IRGC Quds Force, acts as the regime’s “Secret governor of Iraq.”

In this regard, the NCRI wrote in its report: “Before his appointment as the Iranian regime’s ambassador in Iraq, state-run media outlets presented Iraj Masjedi as the senior advisor to Qassem Soleimani. Masjedi participated in the memorials of the IRGC forces killed in Syria, Iraq, and Lebanon.”

“On December 15, 2018, Iraj Masjedi participated in the Iraqi National Assembly and when the chairman of the session asked the participants to rise in respect of the Iraqi martyrs, Masjedi left the parliament. Many Iraqi media outlets described Masjedi’s departure as offensive to the Iraqi people,” the NCRI added.

“Masjedi had secretly gone to Iraqi cities such as Baghdad, Nasiriyah, Basra, Najaf, and Karbala and met with the Quds Force’s Iraqi agents, including Hadi Ameri, Abu-Mehdi Al-Mohandess, Hashem-al Moussavi, Abu Bilal Adib, Hassan-al Sari and another leader of Iran-backed Shiite groups. Through them, Masjedi carried out the regime’s interventionist policies and expanded its influence in Iraq,” read the report.

Since last October, the people of Iraq started nationwide protests. Their core demand has been expulsion of the Iranian regime and its paid agents, who control top positions in Iraq, as well as all the terrorist forces of the IRGC. The Popular Mobilization Forces, created by the Iranian regime under the pretext of fighting the Islamic State, have attacked and assassinated many Iraqi protesters since October 2019.

In this regard, the NCRI’s exclusive report added: “During the time of Masjedi’s appointment as the Iranian regime’s ambassador to Iraq, many Iraqi political movements and Arab countries in the Persian Gulf called Masjedi as a war criminal. Yet Falih Alfayyadh, the Iraqi government’s National Security advisor, said the Iraqi government agreed with the appointment of Masjedi as ambassador because he ‘participated in the creation of the PMF.’”

Masjedi’s crimes against the people of Iraq are not limited to his time as the regime’s ambassador to Iraq. “After Nouri-al Maleki attacked the people’s sit-ins in Al-Anbar province in Iraq in 2014, Masjedi, along with other commanders of the Quds Forces entered Iraq and carried out their oppressive plans to slaughter or relocate Sunni residents of this province. In this regard, Hassan Danai-Far, then the regime’s ambassador to Iraq and a Quds Force officer, worked under Masjedi’s supervision,” read NCRI’s report in this regard.

The solution: Shut down Iran’s embassies of terror

The blacklisting of Masjedi comes in the wake of the trial of another of the regime’s diplomat-terrorists, Assadollah Assadi, who was arrested in 2018 with three other terrorists in Europe. They were trying to bomb the NCRI’s annual “Free Iran” gathering. Like Masjedi, Assadi used his diplomatic cover to transfer explosives to Europe and hand it over to his accomplices.

Recently international media outlets revealed Assadi has threatened Belgian authorities with terrorist attacks by the regime’s proxy groups should he be convicted. Many such groups operate in Iraq and Syria.

Assadi’s threats and his trial coupled with the recent sanctioning of Masjedi once again show how the mullahs’ regime uses its embassies as emissaries of terror and espionage. It also highlights the need for the international community to take an immediate firm action and close all the regime’s embassies in the region and Europe and expel all the regime’s agents. This is the only answer to the regime’s organized terrorism. 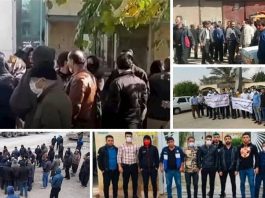 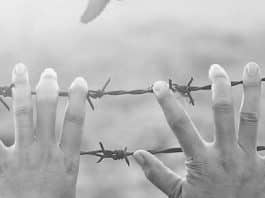 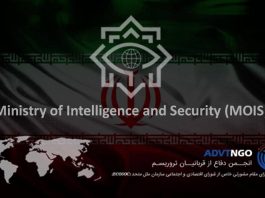