US Determined to Evict Iran Regime From Yemen 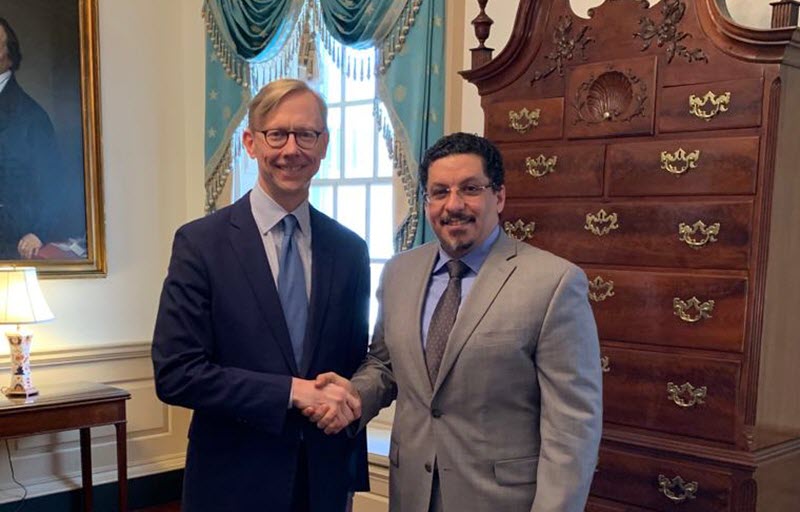 United States special representative for Iran said on Wednesday that the US s determined to battle the Iranian regime’s threat in Yemen and end the five-year-long civil war between the Iran regime-backed Houthi rebels and the internationally recognised government led by Abdrabu Mansur Hadi.

Brian Hook told Yemen’s ambassador to the US, Ahmed bin Mubarak: “The US will work closely with the Yemeni government to eliminate all threats posed by Tehran’s terrorist regime in the region… We will spare no effort to get rid of this threat and to restore security and stability in Yemen and its surroundings.”

The Yemeni embassy in Washington reported on Twitter that the pair also discussed crucial concerns on “Iran regime’s support to the Houthis and its inimical influence against reaching peace in Yemen”.

Following the Houthi takeover of the capital Sanaa in 2014, a Saudi-led coalition has been fighting to restore power to the rightful government. The Iran-backed Houthis routinely target Saudi Arabia by firing missiles across its southern border in order to hit the capital or the state oil company assets, most of which are detected by Saudi defence systems before they can do any damage. 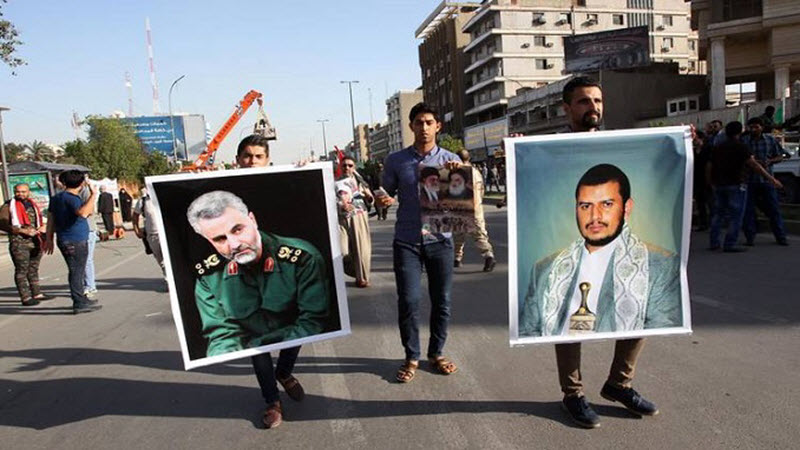 Mubarak said that the Yemeni government would not allow these weapons to remain in the hands of militias who are operating outside the state’s control.

He said: “Yemen will not be used as a platform to unleash the evils of the Iranian regime and to spread hatred and animosity between citizens and to target neighbouring countries. There is no place for armed groups in Yemen.”

Arab states say that the Iranian regime is trying to destabilise the region in order to take proxy control of countries and create a Shiite Crescent from the Persian Gulf to the Mediterranean.

Hook said that the “true intentions” of the Iran-backed Houthis “have become clear” to US officials and that the US would not allow anyone to “tamper with international interests in the region that threaten the security of international navigation, especially in the Bab Al Mandeb strait”. This is thought to be a reference to Iran regime’s threat to close the Strait of Hormuz in relation to the US ending sanctions waivers on countries buying Iranian oil.

The US State Department also said that they are seeking to cut off Iran regime’s ability to fund terrorist group Hezbollah, who are fighting alongside the Houthi rebels.