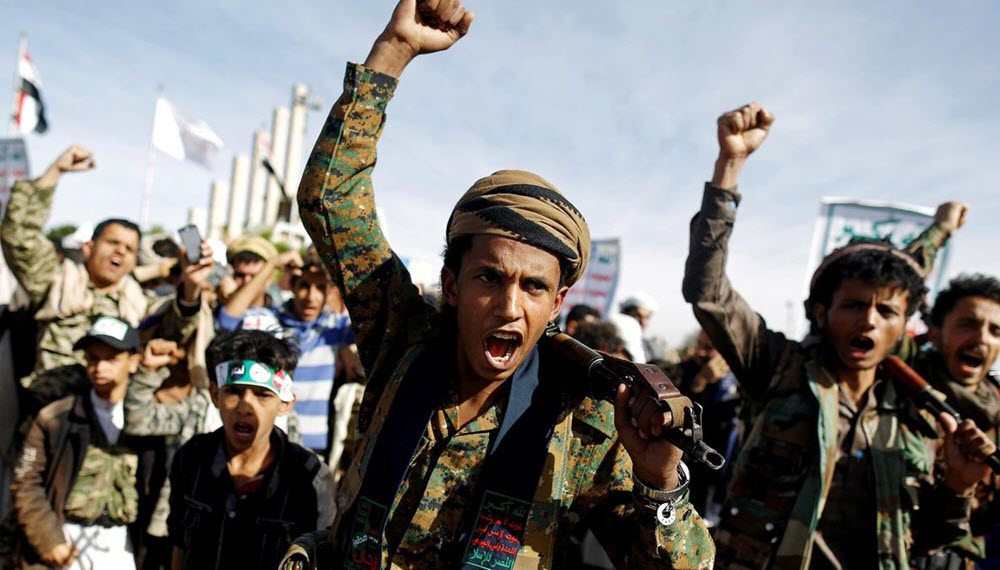 The US, the UK, Saudi Arabia, and the United Arab Emirates have all expressed concern over rising tensions in the Middle East and the dangers posed by the Iranian regime’s destabilizing activity, especially its support for the Houthis in Yemen and attacks on oil tankers at the port of Fujairah and in the Gulf of Oman.

In a statement, the four nations said that this threatens international waterways, where ships and their crews must be allowed to pass through safely.

The statement read: “We call on Iran to halt any further actions which threaten regional stability and urge diplomatic solutions to de-escalate tensions. We further note with concern the recent escalation in Houthi attacks on Saudi Arabia using Iranian made and facilitated missiles and Unmanned Aerial Vehicles. In particular, we condemn the Houthi attack on Abha civilian airport on June 12, which injured 26 civilians. We express full support for Saudi Arabia and call for an immediate end to such attacks by the Iranian-backed Houthis.”

There was further concern that Iran-backed Houthis were interfering in aid delivery in Yemen, which has forced the World Food Program to suspend food deliveries.

The statement read: “We call on the Houthis to immediately end all restrictions on aid agencies to ensure the delivery of life-saving assistance to those Yemenis most in need. We reiterate our commitment to the Yemeni peace process and relevant Security Council Resolutions, including UNSCR 2216. We express our full support for the UN Special Envoy Martin Griffiths. In this regard, we call on the Yemeni parties to engage constructively with the Special Envoy to accelerate the implementation of the agreements reached in Stockholm. We call on the Houthis to facilitate full and unhindered access for UNMHA, UNDP and UNVIM.”

The four countries said that the Yemeni parties should “participate constructively” in the joint Redeployment Coordination Committee to accelerate the implementation of the Hodeidah Agreement and engage constructively on local security issues, while the Houthis must withdraw from the ports of Hodeidah, Ras Issa and Saleef.

The four countries said that the implementation of the Stockholm Agreement would bring the opportunity of beginning a comprehensive political process to create an enduring political settlement and end the conflict in Yemen.

Meanwhile, Saudi Minister of State for Foreign Affairs Adel al-Jubeir said: “I believe that anything that can be done to increase the pressure on Iran to change its policies should be done. I think [the US is] looking for sanctions involving perhaps the gas sector and I will leave this to the financial experts and the economic experts but the idea is to increase the pressure on Iran so that Iran knows that there’s a high price it has to pay and that its policies are not acceptable and have to change.”