VP Mike Pence: The US Stands With Iran’s People 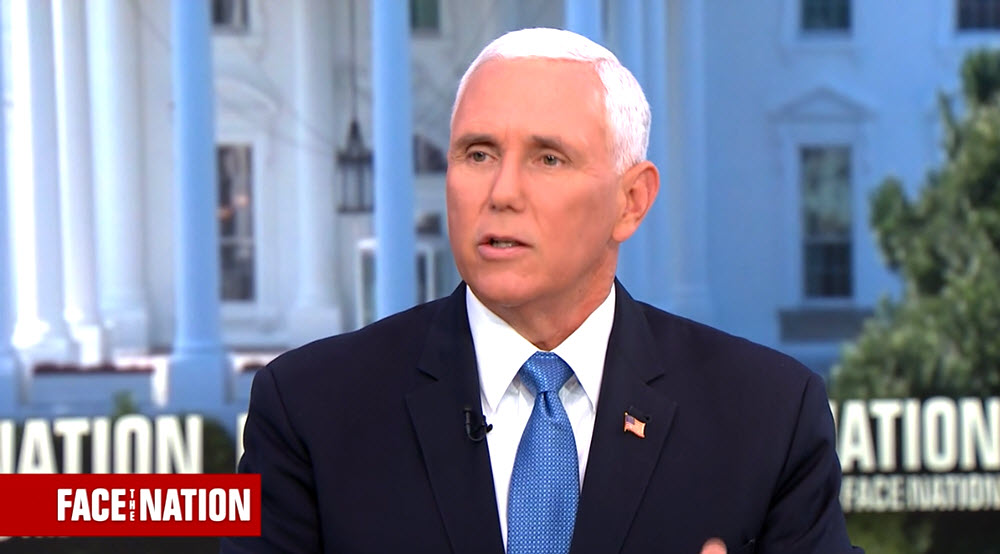 The United States government seeks to stand with the Iranian people, Vice President Mike Pence said on Sunday on CBS’s Face the Nation.

Asked what the U.S. strategy is respect to the threats posed by the Iranian regime, Vice President Pence said: “What we want to do is stand with the Iranian people, thousands of which gathered outside the White House on Friday, and tens of thousands of which, took to the streets last year in communities across Iran, we want to stand with them to see Iran come forward, step to a future and embrace freedom.”

“While we stand firmly against the Ayatollahs, we have the highest hopes for the Iranian people,” he said.

Vice President Pence added that for 40 years, the Iranian regime has “propagated terror”.

“They’re the leading state sponsor of terror in the world. Those days must come to an end, and America is going to continue to stand, resolved, with the people of Iran for a better future for them,” he said.

.@VP Mike Pence on CBS @FaceTheNation: The US stands with Iran’s people.
“What we want to do is stand with the Iranian people, thousands of which gathered outside the @WhiteHouse on Friday, and tens of thousands of which, took to the streets last year.” https://t.co/SrrSGHrGdy pic.twitter.com/1CrUQVWClv

On Friday, June 21, thousands of Iranian-American supporters of the main democratic opposition group People’s Mojahedin Organization of Iran (PMOI or MEK) marched from the State Department to the White House in solidarity with the protests for regime change inside Iran. 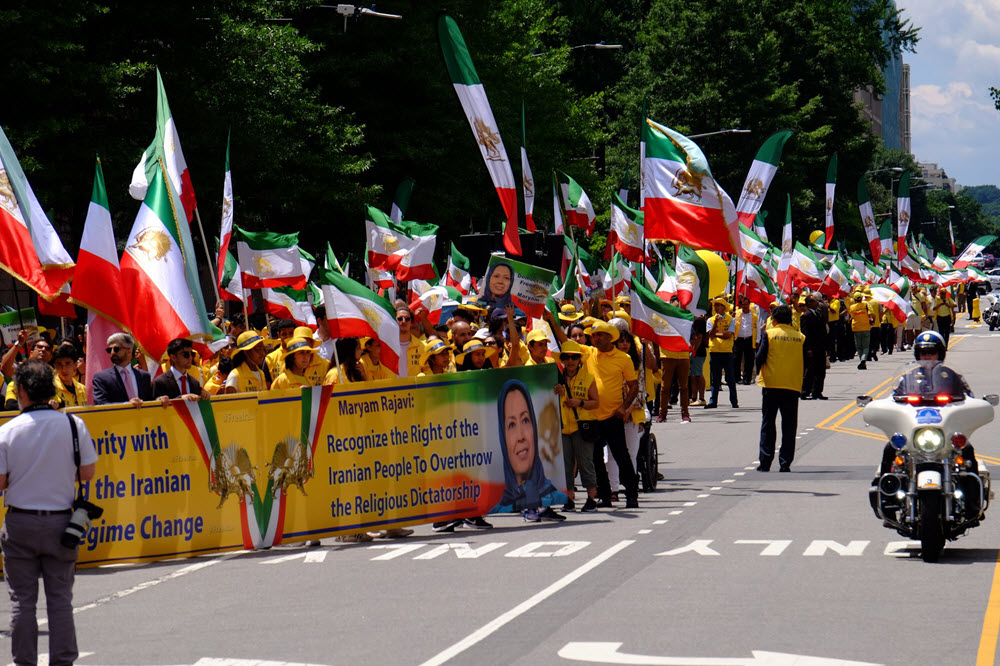 Iranian opposition President-elect Maryam Rajavi said in a video message to the gathering that the Iranian regime’s claim about an American “B Team” is just a cover for their own “Bombing Team.” Examples of their malign activities include attempts ranging from seeking atomic bombs, to detonating bombs in Albania and France, to bombing oil tankers in the Persian Gulf, downing US drones, missile attacks on Saudi Arabia, and attacking the US embassy in Baghdad. When the mullahs are not held accountable for their crimes, they are emboldened, Mrs. Rajavi said. Launching Katyusha rockets in Mosul and Basra, and launching a missile attack on the American drone is a vivid example.

Reiterating that the clerical regime is the main cause of war and crisis in the region, Mrs. Rajavi added, “The real question in dealing with the religious fascism ruling Iran is choosing either appeasement or firmness vis-a-vis the mullahs? Despite the fact that for 40 years this regime is at war with the people of Iran and the world, those who continue to benefit from it engage in fearmongering about a looming war and deter the world community from being decisive, hence encouraging appeasement. Based on 40 years of experience, the mullahs’ regime lacks any capacity for reform and changing its behavior. Khamenei says changing the regime’s behavior is tantamount to regime change.”