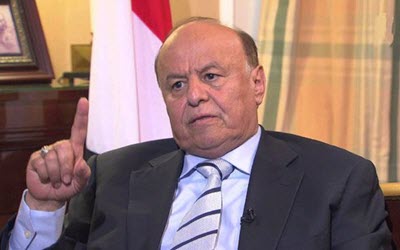 Hadi’s remarks followed a meeting with the U.S. Ambassador to Yemen, Mathew Taller.

President Hadi stated that that the U.S. stance is compatible with Yemeni views in fighting terrorism and attempting to put an end to the Iranian regime’s “expansionist ambitions.”

For his part, the U.S. envoy reiterated his government’s stance on backing the internationally recognized Hadi-led government in Yemen, and assisting with the realization of a peace solution, the report added.

Previous article
Iran: Sixth Consecutive Day of Protests in Oil Reach Southwestern City of Ahvaz, Despite Warnings by Regime
Next article
Political Unrest in the Oil-Rich Fields of Iran – Op-Ed