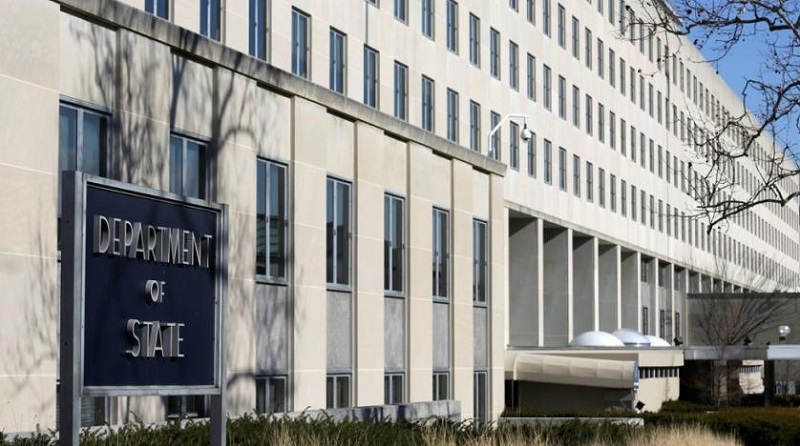 The latest annual Country Reports on Terrorism, released by the United States Department of State on Friday, November 1, 2019, has highlighted the Iranian regime's support for terrorist groups around the world.

The report states unequivocally that "Iran remains the world’s worst state sponsor of terrorism," and that the "regime has spent nearly one billion dollars per year to support terrorist groups that serve as its proxies and expand its malign influence across the globe."

"Furthermore, Tehran continued to allow an AQ facilitation network to operate in Iran, which sends fighters and money to conflict zones in Afghanistan and Syria, and it has extended sanctuary to AQ members residing in the country."

"Iran used the Islamic Revolutionary Guard Corps-Qods Force (IRGC-QF) to provide support to terrorist organizations, provide cover for associated covert operations, and create instability in the region.  Iran has acknowledged the involvement of the IRGC-QF in the Iraq and Syria conflicts, and the IRGC-QF is Iran’s primary mechanism for cultivating and supporting terrorists abroad.  Iran also uses regional proxy forces to provide sufficient deniability to try to shield it from the consequences of its aggressive policies."

"In 2018, Iran supported various Iraqi Shia terrorist groups, including Kata’ib Hizballah.  It also bolstered the Assad regime in Syria, and Shia terrorist groups operating there, including Hizballah.  Iran views the Assad regime in Syria as a crucial ally and Syria and Iraq as vital routes to supply weapons to Hizballah, Iran’s primary terrorist proxy group.  Through financial or residency enticements, Iran has facilitated and coerced primarily Shia fighters from Afghanistan and Pakistan to participate in the Assad regime’s brutal crackdown in Syria.  Iran-supported Shia militias in Iraq have also committed serious human rights abuses against primarily Sunni civilians.  Iranian forces have directly backed militia operations in Syria with armored vehicles, artillery, and drones."

"Since the end of the 2006 Israeli-Hizballah conflict, Iran has supplied Hizballah with thousands of rockets, missiles, and small arms in direct violation of UNSCR 1701."

"These designations again highlight the degree 2which Hizballah operates as a clandestine,terrorist arm of the #Iranian regime by smuggling oil for #Iran,raising funds for Hizballah,and sending fighters to Syria for the IRGC-Qods Force on behalf of Qasem Soleimani.#IRGCTerrorists

"Iran has provided hundreds of millions of dollars in support of Hizballah and trained thousands of its fighters at camps in Iran.  Hizballah fighters have been used extensively in Syria to support the Assad regime.  In Bahrain, Iran has continued to provide weapons, support, and training to local Shia militant groups."

"In 2018, Iran provided support to Hamas and other designated Palestinian terrorist groups, including Palestine Islamic Jihad and the Popular Front for the Liberation of Palestine-General Command.  These Palestinian terrorist groups were behind numerous deadly attacks originating in Gaza and the West Bank, including attacks against Israeli civilians in the Sinai Peninsula."

"Iran remained unwilling to bring to justice senior al-Qa’ida (AQ) members residing in the country and has refused to publicly identify members in its custody.  Iran has allowed AQ facilitators to operate a core facilitation pipeline through Iran since at least 2009, enabling AQ to move funds and fighters to South Asia and Syria."