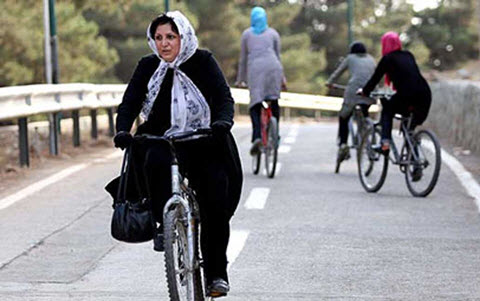 NCRI – Iran’s police commander in Isfahan province said: “Isfahan is different from other provinces and public chastity should be preserved more than other provinces / we disagree with women cycling.”

The regime’s police commander added: “20 guidance patrol guides have been set up to carry out duty in the city’s bottlenecks in the morning and in the evening.”

Abdul Reza Aghakhani continued: “We deal with cars with tinted glass. Inside of the car should be visible from the distance of 3 meters. Since the beginning of the year, 25,000 vehicles have been dealt with for tinted glasses.”

He stated: “About offering shisha in parcs, police have confiscated 5,000 shishas since the beginning of the year.” In response to a reporter’s question about cycling of women, Aghakhani said: “Police are against cycling of women”.

Previous articleSolidarity With the Historic Resistance of the People of Iran for Freedom
Next articleIran Regime’s Senior Mullah: Those Who Massacred MEK Members Must Be Rewarded