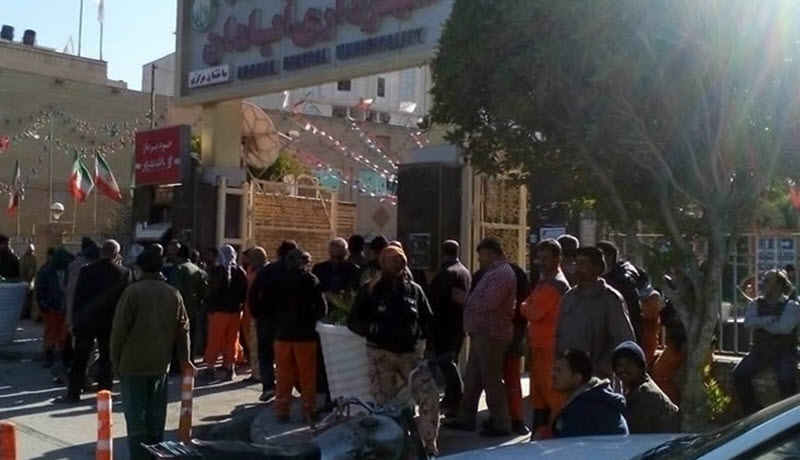 The two political prisoners issued a letter announcing that they have given ten days to judicial authorities to return them to Evin prison.

They have been on hunger strike since Saturday to protest against “violations of the law on the separation of crimes and illegal transfer” to Qarchak prison.

Meanwhile, the political prisoner, Arash Sadeghi, has already started a hunger strike to protest the “beating and illegal transfer” of his wife, Golrokh Iraee, and their friend, Atena Daemi, to Qarchak prison in Varamin.

In addition, Soheil Arabi has started a new round of hunger strike protesting the beating and mayhem of the civil activists, Atena Daemi and Golrokh Iraee.

The new charges laid against the two female political prisoners announced to be “disruption of the prison order”.

Golrek Ebrahimi Iraee was arrested on 6 September 2014, along with her husband, Arash Sadeghi. She was sentenced to 6 years imprisonment in Branch 15 of Tehran’s Revolutionary Court on May 2015, on charges of “insulting the sanctities and spreading propaganda against the regime,” which were later confirmed at Branch 54 of the Appeals Court.

The 29-year-old Atena (Fatima) Daemi was arrested on 21 October 2014 and placed in solitary confinement in ward 2A under interrogation for 86 days. She was transferred to the women’s ward of Evin prison on 18 January 2015, after interrogations ended.

She was sentenced to 14 years in prison for “propaganda against the regime, gathering and collusion against national security, insulting the leadership, insulting the founder of the regime and hiding the reasons of the crime.” The verdict was reduced by the appeal court to seven years of imprisonment.

Previous articleIran: HEPCO Workers in Arak Staged a Protest Rally, Supported by People
Next articleIran: the Fall of French Optimism