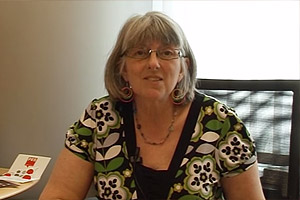 NCRI – The major world powers’ recent nuclear deal with the regime in Iran should not lead the West to ignore the appalling state of human rights in the country, Julie Ward, a Member of the European Parliament from the United Kingdom, said in an online interview with ncr-iran.org.

In her opening statement during the online Q&A session this week, Ms. Ward said that the deals being made with the regime in Iran greatly concern her, especially the deals that may result in greater legitimacy being given to the regime. She said: “Deals can’t come at the price of human rights.”

Ms. Ward emphasized the importance of the European Union and its representatives using their position to uphold human rights and to expose human rights abuses in Iran. The regime, she said, needs to be challenged on “its appalling human rights record.”

The regime is very “cynical”, “opportunistic” and “pushes against all kinds of sincere diplomatic overtures that the rest of the world makes,” she said. She is shocked at the “brutal, medieval behavior” the regime displays.

Ms. Ward said that despite being victimized and lied about in the Iranian state-run press, she still speaks out and continues to fight for a free Iran.

Addressing the people of Iran, she said: “You have friends in the European Parliament … you have many friends in Europe.”

She used the example of the June 13 Iran Freedom rally in Paris where many parliamentarians – past and present – attended to show their support and to “stand in solidarity” with the Iranian people and their organized Resistance movement.

Ms. Ward explained that, as someone who has been elected in a democratic society, she has been given a voice and she is using that voice to speak up about the atrocities happening in Iran. Her reason for joining the fight with the Iranian Resistance was that she heard about the way women are treated in Iran. She said that many Iranian women are frightened and are subject to horrifying attacks (acid attacks, for example), and she is appalled that they are encouraged by the regime. She highlighted that this kind of treatment would not be tolerated in her country and in other democratic societies where Muslim women can choose whether they want to veil themselves, they can choose how they dress and they are treated equally. Ms. Ward wants to see the same in Iran.

When asked what the European Parliament can do to improve the situation of women in Iran, Ms. Ward explained that there are a great number of steps and recommendations they can follow in conjunction with the United Nations. She said, for example, the Istanbul Convention that is to stop violence against women needs to be upheld. She advises that they consistently speak out and that they be brave and recognize these abuses as violations that cannot be tolerated in the 21st Century.

Her closing message was to the brave women of Iran who are standing up and speaking out. Although she recognizes that it is not always possible for those in the country to do so, she appreciates that refugees have a strong platform to speak up for them. Lastly, she appeals to the women of Iran to see themselves in a global context, as this is a “global fight” that the world is fighting together.

U.S.: Iran officials involved in the human trafficking of women