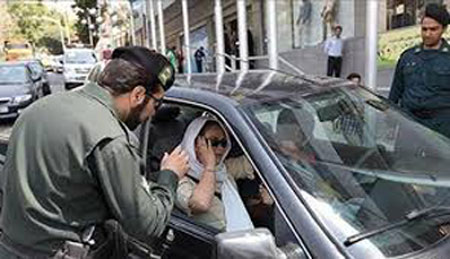 An Iranian women died on Sunday as she and two other women were target of the latest series of acid attacks in city of Isfahan, a local news website reported.

The website quoted an eyewitness saying that “one of victim died due to acid burns on her chest” and “two others with injuries in their faces and hands were taken to hospital for treatment.”

According to the report, the victims of the new wave of acid attacks which have been carried out in past few days reaches to 14 in the city of Esfahan that once was a main tourist attraction in Iran.

Meanwhile, according to the information received from Iran, the families of victims of acid attack have been warned against publishing the photos of the victims or giving interviews with news agencies.
One of the victims said: “The attackers belonged to Ansar-e Hezbollah group.”

Organized gangs affiliated with the clerical regime have been splashing acid on the faces of over a dozen young women in Esfahan under the pretext of being ‘bad hejab’ or not being properly veiled.
Women had been warned in anonymous text messages that they would have acid thrown at them if they appeared in public improperly veiled.

A 27-year-old woman victim in Esfahan was target of acid attack as she had pulled over in her car so that she could take a call from her mother on her mobile phone. Two people on a motorcycle threw acid at her and then fled.

The young woman lost the sight in one eye.

Another victim was attacked while driving. “A rider threw nearly two liters of acid through the driver’s window towards me, which affected my face, hands and my body,” the victim told ISNA.

Mrs. Maryam Rajavi, President-elect of the Iranian Resistance, expressed deep resentment for these appalling crimes by clerical regime’s elements and called on all human rights bodies and women’s rights defenders to condemn these atrocities. She said: International community’s silence in the face of these brutalities under the pretext of nuclear talks is tantamount to encouraging the mullahs’ regime to continue these atrocities in Iran.

She added that the clerical regime fearful of mounting popular discontent, especially that of women and the youth, is attempting to prevent the explosion of their wrath through these brutalities and intimidations. She called on the brave youth to expand their protests against this savagery under the pretext of tackling “mal-veiling”.