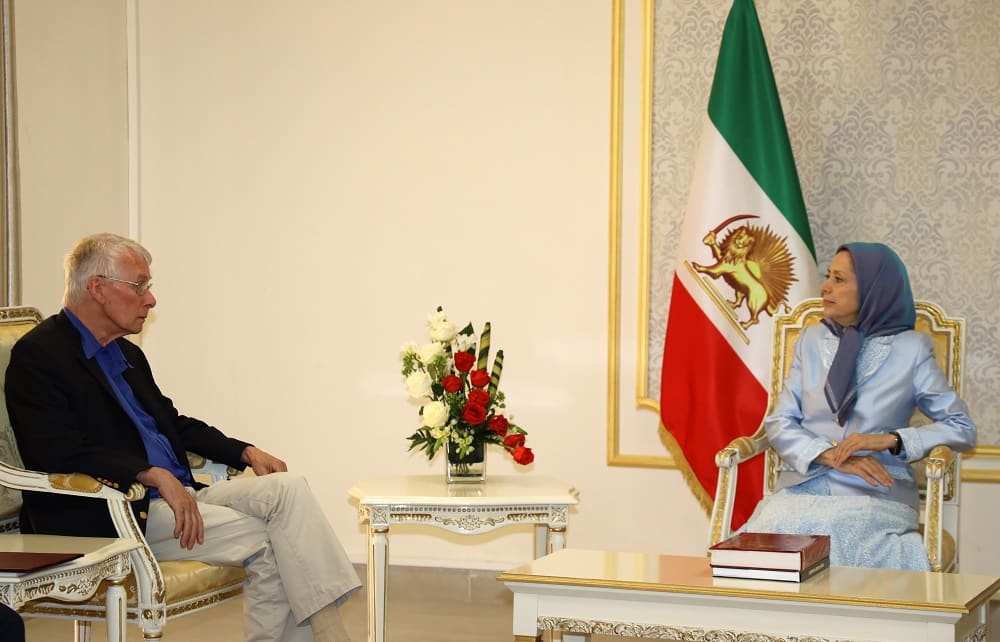 On June 26, Sir Richard J. Roberts, the 1993 Nobel Prize winner of Physiology or Medicine visited Ashraf-3 and met with the NCRI President-elect Mrs. Maryam Rajavi. Sir Roberts, a British biochemist and molecular biologist who won the Nobel Prize for the discovery of introns in eukaryotic DNA and the mechanism of gene-splicing, also attended a meeting with the members of the Iranian Resistance and conducted a brief but touching speech.

Stressing the efficacious activities of Sir Roberts, Mrs. Rajavi recalled: “In July 2021, you and a dozen of your colleagues wrote a letter to the UN Secretary-General calling for the formation of a fact-finding mission to investigate the 1988 massacre of political prisoners. In this letter, you underlined the role regime’s president, Ebrahim Raisi, in committing crimes against humanity. Your support for the Iranian people’s struggle for freedom is quite invaluable.” 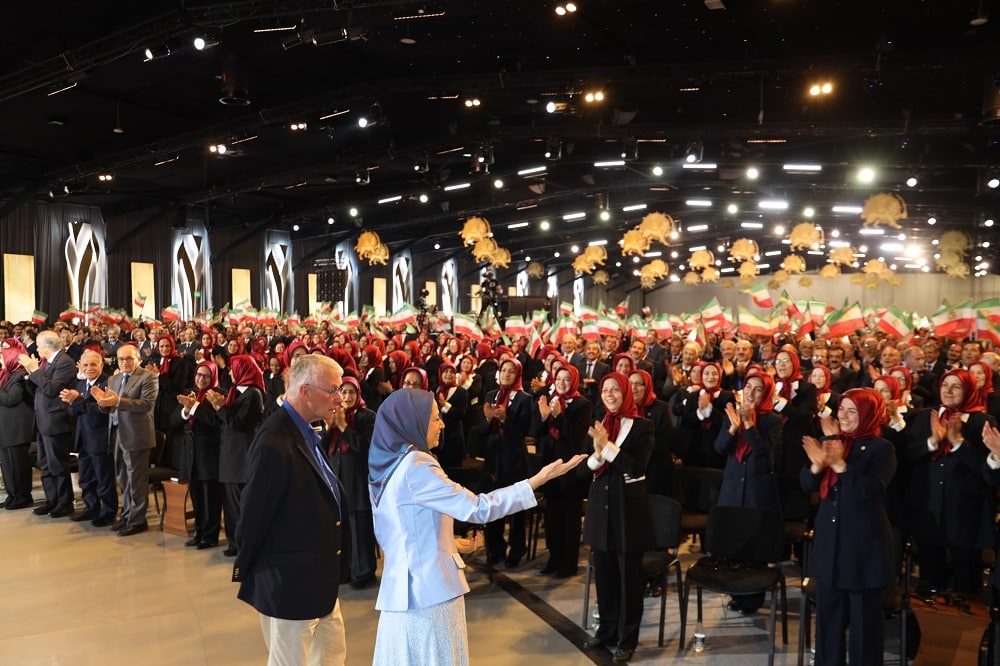 “Today, Iran holds the world record for brain drain,” Mrs. Rajavi added. “In the last three years alone, about 4,000 doctors and 300,000 specialists with masters and doctorate degrees, including 900 university professors, have left Iran.”

Recalling the bloody history of the Khomeini regime’s crackdown on students and universities, Mrs. Rajavi added: “Even today, universities and students are subject to severe repression and control. Many university professors live in poverty. The regime has executed tens of thousands of students and teachers. Currently, teachers are imprisoned only for protesting their meager salaries.”

“The mullahs impose the reactionary laws of the previous millennia on the people to govern the society, including those related to legal and judicial matters. But they use the latest scientific and technological advances to preserve their decadent rule and to build atomic bombs and missiles.”

“For years, our Resistance has been subjected to a demonization campaign to force it to abandon its beliefs and positions and accept that freedom will never come. But we have pledged to make freedom flourish throughout Iran with our body and soul! I think it is our shared belief that no force in the world can stop the progress of science and freedom,” NCRI President-elect concluded. 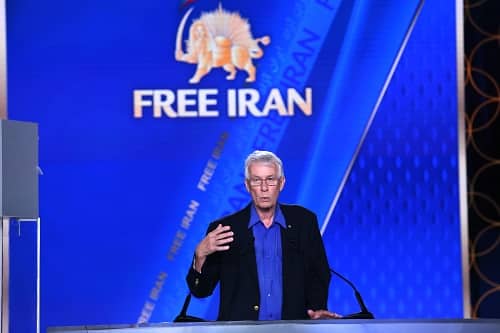 Sir Richard J. Roberts, moved by what he called his observations in the Ashraf 3 museum, said: “What I have done has been tiny by comparison with the efforts that you have put in, by the courage that you have shown, by your firm defense of freedom, by your desire to set up a true democracy in Iran. I think no one could walk through the museum as I did this morning without understanding the trials and tribulations that you and your colleagues, your friends and families have been through. I was really moved to tears but I tried hard to maintain my composure when I could. It was really a wonderful experience and I believe it is something that should be made more widely available to the rest of the world.”

“I hereby pledge that I will do everything possible to increase my own efforts to help you in any way that I can. I do have access to a large number of Nobel Laureates and I think the next letter that goes out, I will make sure that there are many many more supporters listed that can help bring your case before the general public. My firm hope, after walking through the museum this morning, was that in the not distant future, I could meet you all in Tehran or some other city in Iran,” Prof. Roberts added.

Sir Richard Roberts was born in Derby, the U.K. in 1943. He earned his Ph.D. from the University of Sheffield in 1969.  He did postdoctoral research at Harvard University from 1969–1972. Sir Roberts continued his research in molecular biology and published his discovery of RNA splicing in 1992, and in the next year, he was awarded the 1993 Nobel Prize in Physiology and Medicine.

Prof. Roberts’s discovery of the alternative splicing of genes resulted in a fundamental shift in our understanding of genetics and has led to the discovery of split genes in higher organisms, including human beings.

Professor Roberts has been the most active Nobel laureate in human rights issues on the world stage over the past 30 years. On several occasions, he has sponsored important statements in defense of human rights and freedom.

During the 2009 uprising in Iran, he sponsored a letter to the UN Secretary-General, condemning the bloody crackdown of millions of protesters by the Iranian regime. The statement was endorsed by 44 Nobel laureates and reported by the French News Agency.

in a letter to the European Union’s officials in June 2015, Prof. Roberts wrote: “You may rest assured that I and my fellow Laureates will not stop petitioning you until the camp is closed and the residents moved to humane living conditions.”

In 2021, after the selection of Ebrahim Raisi as president, Prof. Roberts and 24 other prominent Nobel Laureates wrote an open letter to the UN Secretary-General condemning Raisi’s presidency and stressing his role in the massacre of 30,000 political prisoners in 1988.