Amnesty International: UN Experts Should Have Immediate Access to Detention Centers in Iran 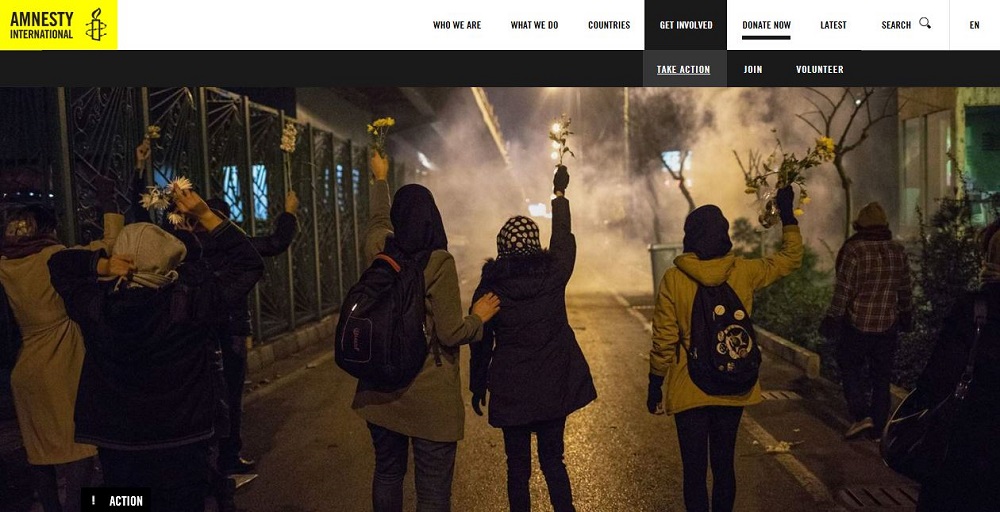 Written by Mansoureh Galestan on 21 January 2020.

Amnesty International initiated a “Take Action” campaign urging that United Nations’ experts be “given immediate access to detention centers” in Iran to ensure the well-being of the Iran protests’ detainees.

Referring to the regime’s deadly crackdown on the protesters during the nationwide Iran protests in November, Amnesty International wrote: “The Iranian authorities have been violently crushing protests in Iran, using unlawful, including lethal, force and arbitrarily arresting thousands. Now, those arrested are at risk of torture and other ill-treatment. Act now and call for their release.”

According to reports published by the People’s Mojahedin Organization of Iran (PMOI, Mujahedin-e-Khalq or MEK), the Iranian regime killed at least 1500 protesters in November. The MEK has so far identified 724 martyrs. In addition to those killed during the Iran protests, over 12000 protesters were arrested and 4,000 injured by the state security forces.

Mrs. Maryam Rajavi, the President-elect of the National Council of Resistance of Iran (NCRI), has repeatedly urged the international community, particularly the UN, to dispatch a fact-finding mission to Iran to investigate the conditions of death and injury of protesters in November and visit Iranian prisons and prisoners.

Referring to the regime’s arbitrary arrests of protesters Amnesty International wrote: “Iranian authorities continued the crackdown by arresting thousands of protesters as well as journalists, students, and human rights defenders to stop them from speaking out about Iran’s ruthless repression. have been subjected to torture and other ill-treatment; they have been beaten, punched, kicked and flogged. Many are being denied access to their families and lawyers. Children as young as 15 have been arrested and detained alongside adults in prisons notorious for torture.”

Referring to the second wave of protests which erupted On January 11, after the regime admitted to shooting down a Ukrainian passenger jet, killing 176 innocent people aboard, Amnesty wrote: “On 11 and 12 January 2020, security forces used unlawful force against peaceful protesters who gathered across Iran to hold vigils and protests demanding accountability after the authorities admitted shooting down a Ukrainian passenger plane on 8 January, killing all 176 onboard. Security forces beat protesters with batons and used pointed pellets, rubber bullets, tear gas and pepper spray against them. Some injured protesters, including those with painful wounds, have not sought hospital treatment for fear of arrest.”

During these protests in at least 19 provinces, Iranian people and students chanted: “1,500 died in November.” The protesters also demanded the release of those arrested during the November uprising.

In its action, Amnesty called on the Iranian regime to “Immediately and unconditionally release all those detained arbitrarily,” and “Respect protesters’ rights to freedom of expression and peaceful assembly.” It also demanded that “UN experts are given immediate access to detention centers and prisons and to families of those killed and arrested in order to conduct fact-finding investigations.”