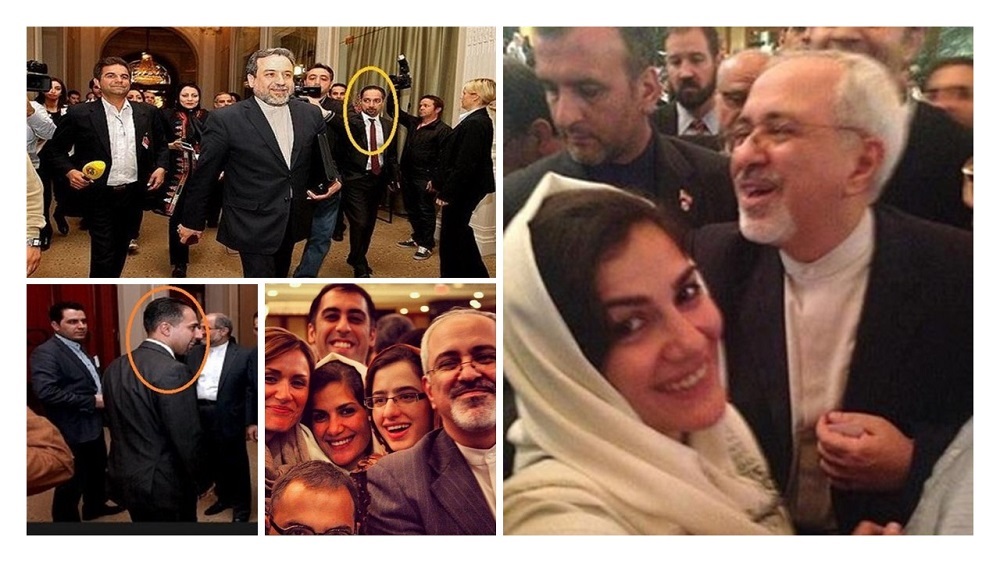 Some Pictures of Members the Iranian Regime’s Lobby Group

On Tuesday, the senators sent a letter to Attorney General William Barr, calling for an investigation into NIAC and its sister organization, NIAC Action, for potential violations of the Foreign Agents Registration Act (FARA).

“FARA requires persons acting as agents of foreign principals in a political or quasi-political capacity to make periodic public disclosure of their relationship with the foreign principal, as well as activities, to refrain from certain types of speech; rather, it helps guarantee transparency and accountability receipts, and disbursements in support of those activities. FARA does not compel any American in our political system,” the senators’ letter said.

The senators mentioned the actions of NIAC and its relationship with the Iranian regime:

“These disturbing actions are only the latest developments of this nature. NIAC’s relationship with the Iranian regime and its role amplifying regime propaganda in the United States have been the subject of discussion in Washington D.C. for years.”

“During the discovery process of a 2008 defamation lawsuit filed by NIAC, it came to light that NIAC’s Swedish-Iranian founder, Trita Parsi, had arranged meetings between Javad Zarif, Iran’s former ambassador to the United Nations and current foreign minister, and members of Congress.”

“When presented with this information, former FBI associate deputy director Oliver Revell commented that “arranging meetings between members of Congress and Iran’s ambassador to the United Nations would, in my opinion, require that person or entity to register as an agent of a foreign power; in this case, it would be Iran.”

Oliver Revell was referring to a meeting between the Iranian regime’s former ambassador to the United Nations and current foreign minister Mohammad Javad Zarif and members of Congress in 2008 which was arranged by NIAC’s founder, Trita Parsi.

Trita Parsi, the founder of NIAC, has very close relations with senior Iranian regime officials, and NIAC has been the subject of public scrutiny for its efforts to broker meetings between American and Iranian officials.

“As the Obama administration sought to ink the nuclear accord with Iran, NIAC acted as a central part of what Obama National Security Council official Ben Rhodes described as the administration’s “echo chamber.” A network of Obama administration officials and outside organizations disseminated talking points to reporters that bolstered the case for the deal and downplayed Iran’s sponsorship of regional terror operations,” reads a piece in Washington Free Beacon, adding:

“In recent weeks, NIAC has distributed information condemning the Trump administration’s killing of top Iranian general Qassem Soleimani. Many of these NIAC-sponsored talking points repeated the Iranian regime’s own propaganda regarding the strike, prompting the lawmakers to seek an investigation into potential violations by NIAC of U.S. law.”

“NIAC was ordered to pay more than $180,000 in 2013 to the legal defense fund of Hassan Daioleslam, an Iranian-American writer, following a failed defamation lawsuit. Daioleslam accused NIAC of failing to disclose its clandestine lobbying efforts to undo sanctions on Tehran, the Free Beacon previously reported,” the article added. 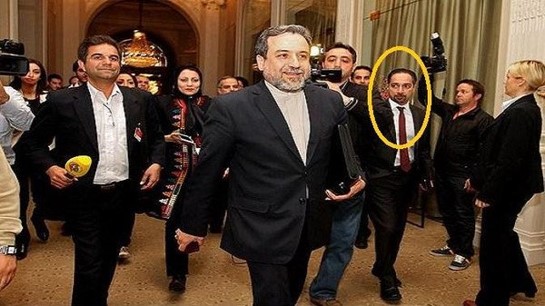 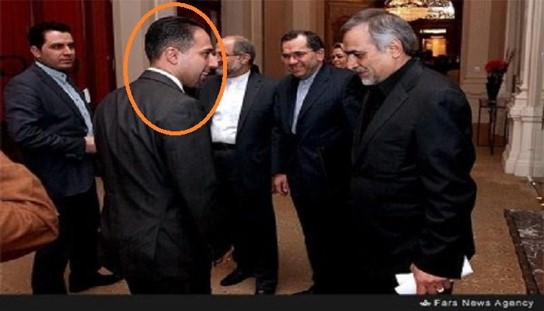 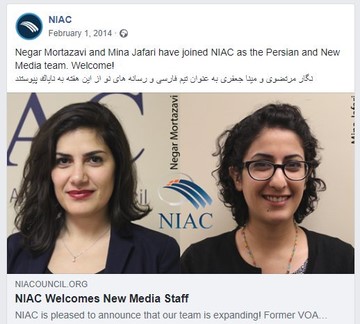 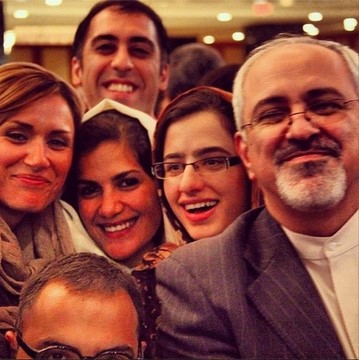 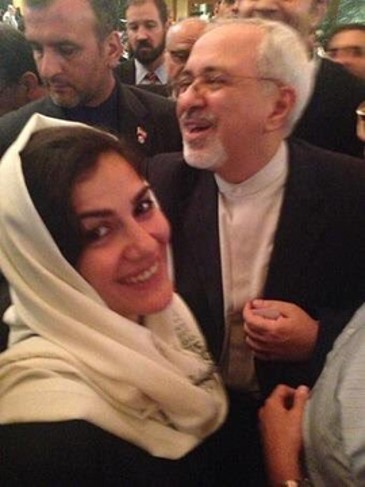 Negar Mortazavi, and Mina Jafari, NIAC members, in pictures with Iranian regime’s Foreign Minister, Mohammad Javad Zarif. It is worth noting that senior Iranian regime officials do not take pictures with people unless they are certain of their utmost loyalty.

NIAC has been the Iranian regime’s primary outlet in Washington.  NIAC and its founder Trita Parsi have direct contacts with the clerical regime in Iran and have acted as the chief deal makers for Tehran in Washington.

In direct coordination with the Iranian regime and while pursuing a specific policy path, Parsi has been attempting to justify the regime’s policies while at the same time urging the doling out of unilateral concessions by the U.S. to the regime, billing it as the only option capable of inducing a change of behavior by Tehran. Part and parcel of this approach has been the dissemination of lies and accusations against the Iranian Resistance and specifically the People’s Mojahedin Organization of Iran (PMOI/MEK).

Parsi and NIAC have been trying to cement and buttress Tehran’s propaganda against the organized opposition, portraying them as facts and launching a demonizing campaign against the MEK. According to NIAC’s propaganda, the Iranian society’s main problem and the main obstacle to change in Iran has been the presence of the opposition MEK, and not the ruling regime in Iran.

In 2002, NIAC was founded by Parsi with the help of Bob Ney (the Farsi-speaking former Congressman from Ohio, who was sentenced to 30 months in prison in 2007 for lying and fraud), along with two well-known lobbyists, Roy Coffee and Dave Di Stefano. At the time, as an immigrant from Sweden, Parsi started his activities in Washington in Ney’s office. He billed NIAC as an organ that “speaks for and protects the interests of the Iranian American community” even though he himself did not even have a Green Card. According to Coffee, Parsi, Ney, Coffee and Di Stefano worked nine months on forming NIAC with the goal of lifting sanctions against the clerical regime.

Trita Parsi began his pro-Tehran activities in 1997 in Sweden as he founded a small lobby organization called “Iranians for International Cooperation” (IIC) that used to send petitions and letters to Congress members. In an IIC document released during a subsequent lawsuit, Parsi explained IIC’s activities and goals as follows: “IIC was founded in August 1997 by Trita Parsi, the present President… Our agenda is topped by the removal of US economic and political sanctions against Iran… IIC is capable of organizing the grassroots and pressure US lawmakers to pose a more Iran friendly position.”

JAVAD ZARIF: PARSI’S MAIN CONTACT IN THE IRANIAN REGIME UNTIL 2007

Since the founding of his organization, Parsi established close contact with Javad Zarif, then the Iranian regime’s permanent representative to the UN. In his correspondence with the Iranian regime, Parsi continued to show his loyalty to the regime, stressing that he has done his utmost in this regard.

During Mahmoud Ahmadinejad’s presidency, Parsi set up active contacts with his faction.

In addition to meeting Ahmadinejad personally, Parsi has also met with Ahmadinejad’s closest advisors, attempting to establish secret contacts between the Ahmadinejad team and American officials. Parsi made a lot of efforts in this regard. In an official affidavit, Parsi admitted that he met with Ahmadinejad in New York along with a group tied to think tanks and research centers in the U.S.

Wikileaks documents show remarkable similarities between Parsi’s position and the IRGC’s as the U.S. mulled designating the IRGC as a terrorist group

On August 15, 2007, as the debate raged about the inclusion of the IRGC on the U.S. list of terrorist organizations, Salman Safavi, a brother of Rahim Safavi, then commander of the IRGC, met with some American embassy officials in London and recommended to the White House not to designate the IRGC as a foreign terrorist organization. Interestingly, a day before the meeting (August 14), Parsi had published an article in this regard on the NIAC website, parroting the same arguments presented by Salman Safavi and concluding that the U.S. should not designate the IRGC. A couple of arguments were as follows:

The main policy lines that Parsi was assigned to advance have been as follows:

The other side of the coin of attempts to lift the sanctions against the regime, forcing the U.S. to accept the Iranian regime’s nuclear program, preventing any pressures against the mullahs, and continuously trying to buy time for the mullahs and their policies has been a systematic and hysterical campaign by NIAC and Parsi against the MEK, claiming that the organization is an obstacle to the establishment of democracy in Iran.

The themes and allegations that NIAC and Parsi presented against the MEK were in many cases completely identical to those that the regime had disseminated through its official propaganda. There is an evident synchronization in this regard.

In 2011, following increasing protests over the blacklisting of the MEK, NIAC had been primarily focused on preventing the MEK’s delisting and had resorted to a variety of methods to discredit the MEK and to vilify the Iranian Resistance.

For example, in a petition signed by only 37 people to Hillary Clinton, they warned that the delisting of the MEK would imperil the democracy movement in Iran and threaten the interests of the Iranian people, which NIAC claimed to represent. Interestingly, a significant number of the 37 signatories directly worked for NIAC or were in effect part of its network. Also worthy of note is the fact that the same people who opposed sanctions and the designation of the IRGC were calling for the continued designation of the MEK. They claimed that the first action was against the Iranian people’s interests while the second (continuation of the MEK’s designation) was in line with those interests.

Following the Iranian people’s uprising in 2009, which demonstrated the hollowness of Parsi’s claims aimed at convincing the U.S. to dole out concessions to the mullahs, Parsi was forced to change his tone a bit in favor of human rights in order to be able to continue his activities.

Prior to the events of June 2009, the human rights issue did not factor into NIAC’s activities and formed merely a tangential topic. Even after 2009 and the ostensible shift in tone, Parsi and NIAC still emphasized that the Iranian people do not desire regime change and that the human rights issue must be pursued within the context of the regime and its laws. They added that the real force of change is the reformist opposition within the regime.

Finally, Parsi continues his activities by attempting to preserve the current regime and gain concessions in its favor, and as was mentioned in the Senators’ letter, “In recent weeks, NIAC has distributed information condemning the Trump administration’s killing of top Iranian general Qassem Soleimani. Many of these NIAC-sponsored talking points repeated the Iranian regime’s own propaganda regarding the strike, prompting the lawmakers to seek an investigation into potential violations by NIAC of U.S. law.”