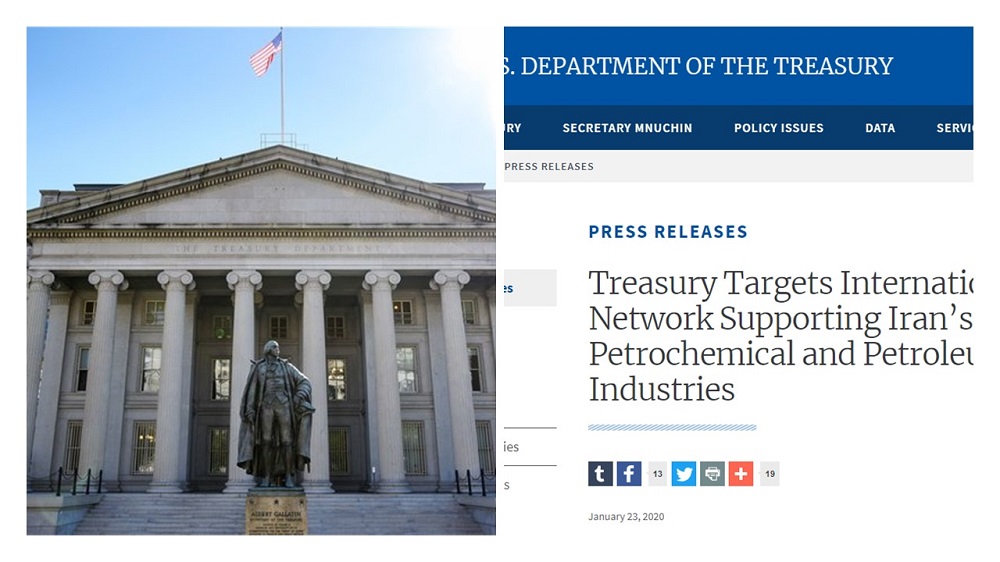 In a press release on January 23, the U.S. Treasury Department highlighted that these companies “have collectively transferred the equivalent of hundreds of millions of dollars’ worth of exports from the National Iranian Oil Company (NIOC), an entity instrumental in the Iranian regime’s petroleum and petrochemical industries, which helps to finance Iran’s Islamic Revolutionary Guard Corps-Qods Force (IRGC-QF) and its terrorist proxy groups.”

“Iran’s petroleum and petrochemical industries are major sources of revenue for the Iranian regime and funds its malign activities throughout the Middle East. The entities targeted today facilitate Iran’s petrochemical and petroleum exports in contravention of U.S. economic sanctions,” read the statement.

“Iran’s petrochemical and petroleum sectors are primary sources of funding for the Iranian regime’s global terrorist activities and enable its persistent use of violence against its own people,” said U.S. Secretary of Treasury Steven Mnuchin.

“All property and interests in property of these persons designated today subject to U.S. jurisdiction are blocked, and U.S persons are generally prohibited from engaging in transactions with them.  In addition, foreign financial institutions that knowingly facilitate significant transactions for, or persons that provide material or certain other support to, the persons designated today risk exposure to sanctions that could sever their access to the U.S. financial system or block their property and interests in property under U.S. jurisdiction,” the statement added.

Previous articleIran: Torching Pictures of Khamenei, Soleimani in Tehran, 9 Other Cities
Next articleProtests Across Iran by Different Social Classes