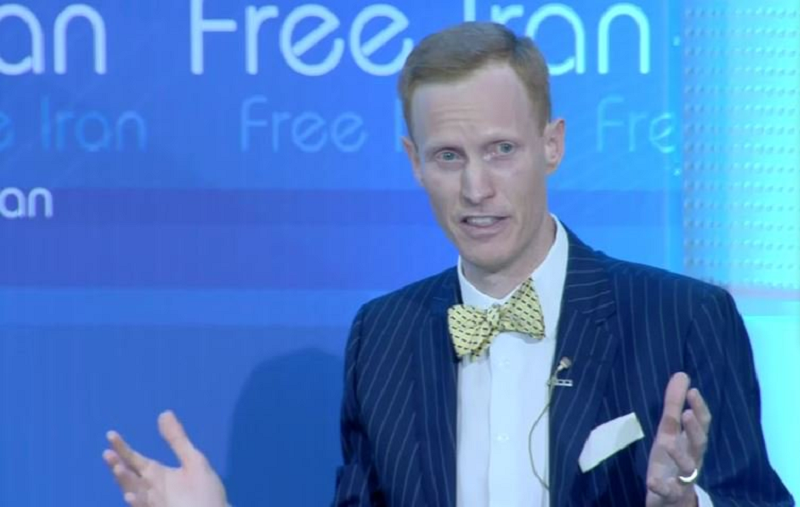 Written by Mahmoud Hakamian on 05 November 2019.

November 4 marked the 40th anniversary of Iran’s hostage crisis. In 1979, the so-called “Student followers of the line of the Imam” seized the American embassy in Tehran.

They also took fifty-two U.S. embassy employees and diplomats as hostages for 444 days. For the past 40 years, Iran’s regime has never stopped its hostage-taking, terrorism and warmongering.

In an op-ed published on Townhall, Dr. Ivan Sascha Sheehan, shed light on the regime’s four-decade history of terrorism and blackmailing campaign.

Referring to the regime’s ongoing hostage-takings, Dr. Sheehan wrote, “At present, at least 17 dual nationals are held captive by Iranian authorities, often on the flimsiest of pretenses.”

Speaking of the Iranian regime’s gross human rights violations Dr. Sheehan wrote, “Many of these detainees are facing lengthy prison sentences. But the regime’s threat does not stop there.” He continued, "Mass arrests are a reminder of the Islamic Republic’s past crimes against humanity, particularly the massacre of 30,000 political prisoners in the summer of 1988. That incident stemmed from a fatwa by Ayatollah Khomeini which declared all opponents of the theocratic system to be at war with God himself, and thus subject to summary execution.”

Referring to the MEK’s leading role in an ongoing struggle for freedom and democracy in Iran, Dr. Sheehan wrote, “The movement endured in spite of the fierce persecution and even thrived in the ensuing decades. Last year, it was credited with leading the countrywide anti-regime protests and giving voice to the people’s progressive aspirations. But Khomeini’s fatwa remains in force, and political prisoners have been executed for actual or perceived support of the MEK.”

Dr. Sheehan also spoke of the failed policy of appeasement and prisoners swaps with Iran’s regime. “These tactics were used, for instance, in 2016 around the time that the Iran nuclear deal was implemented. Four Americans were released in January of that year, but only in exchange for the U.S. settling an old debt to the previous Iranian government, as well as releasing or dropping charges against 21 Iranian nationals” he continued, “this only served to reinforce the impression that hostage-taking is a potentially lucrative endeavor. It is, therefore, no surprise that all four of the American hostages were promptly replaced by others.”

“The only way this phenomenon’s recurrence can be prevented over the long term is if Tehran’s behavior – or the regime itself – changes completely,” Dr. Sheehan added.

“Domestic unrest demonstrates that there is no need for Western powers to actively pursue regime change. But they most definitely should promote an alternative vision for Iran’s future,” Dr. Sheehan concluded.

Dr. Ivan Sascha Sheehan is the director of the graduate programs in Negotiation and Conflict Management and Global Affairs and Human Security in the School of Public and International Affairs at the University of Baltimore. He specializes in the intersection of global terrorism, counterterrorism, and international conflict management.