Our struggle aims to bring democracy and freedom to Iran

Maryam Rajavi:
Our struggle aims to bring democracy and freedom to Iran

Mrs. Maryam Rajavi, President-elect of the Iranian Resistance attended the gathering of 15,000 Iranians in Brussels’ Schuman Square on January 27 who had come across Europe to celebrate the historic victory. The following are excerpts from her speech at the rally: 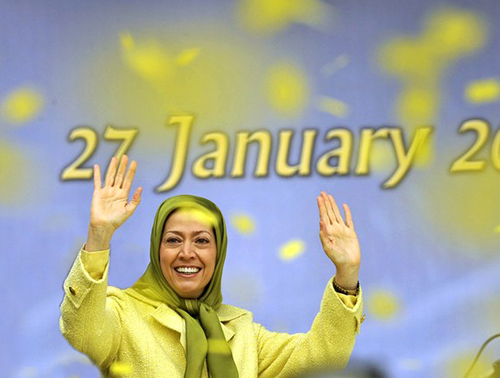 The obstacle of the terrorist allegation has crumbled. The spell has at last been broken. With perseverance and determination, you courageously rose above the flames of injustice and rendered law and justice victorious. Your resistance established the right of the Iranian people to struggle for freedom. This marks a decisive turning point on the course of democratic change in Iran. It is the beginning of a momentous era and a prelude to the liberation of our enchained homeland.

You prevailed over the political motivation of European governments to appease the mullahs. So, you will certainly prevail against the mullahs’ regime.

Throughout these years, those who instigated the label repeatedly stated that they listed the PMOI at the behest of the mullahs’ regime. They disgraced themselves for the benefit of the mullahs and eventually had no choice but to accept the rule of justice. But, if justice were to be implemented, then all the material and moral damages to the Iranian Resistance and the people of Iran must be compensated.

Do you remember those courageous men and women who were martyred during the most devastating bombing campaign? They were the martyrs of Iranian freedom and independence. Do you remember the June 17th fiasco? Recall the raids and arrests, the confiscation of documents, archives and assets, and the imposition of all sorts of blockades and restrictions.

Indeed, this label resulted in much harm to the Iranian people. It endowed the mullahs with a pretext to set up construction cranes to hang Iranian youth. Indeed, this listing was a decree to end the resistance.

However, you did not sit by and watch silently. Your campaign led to more than one hundred resolutions and statements from the European Parliament, the Parliamentary Assembly of the Council of Europe, as well as parliaments in various countries.

Your campaign led to dozens of inquiries and official parliamentary protests, non-stop flow of letters and complaints from 8500 lawyers and jurists across Europe, and drafting of 21 specific legal opinions by some of the most prominent legal minds such as Lord Slynn, Prof. Eric David, Prof. Antonio Cassese, and Prof. Henry Lebayle, among others. Hundreds of political, legal and press conferences took place. About 50 large-scale demonstrations and 800 protests were conducted by you across the globe; A thousand visits to embassies of European countries; Thousands of letters of protest and objection; And thousands upon thousands of hours of hard work.

But all these efforts and protests would meet the hard and black walls of oil and gas contracts, of geopolitical interests, of dormant senses of conscience, and of hardened hearts.

During the past seven years, the courts continually and repeatedly ruled to annul the terror allegation against the PMOI. The [European Court of First Instance] in Luxembourg issued four rulings, and the UK High Court and Court of Appeal handed down three verdicts. But, regrettably, the EU Council of Ministers ignored all these.

What was the logic behind such defiance, and what were the methods utilized in the process? Their decision, according to the UK [High Court] tribunal, was “perverse.” Their methods, according to the Court of First Instance, were tantamount to abuse of powers. Through blatant schemes, the decision taken by some of the large EU governments were imposed on the rest of EU Member States.

Lastly, they resorted to confidential documents. But when these documents were presented in court, it became clear that the reason they were kept confidential was incidentally, to quote the UK Chief Justice, because they “reinforced the conclusion that the PMOI is not involved in terrorism.”

Indeed, it was the never-ending struggle of the Iranian Resistance, your inspirational persistence, the solidarity of parliamentarians and honorable European personalities, and the just court rulings which eventually compelled them to end the unjust label. 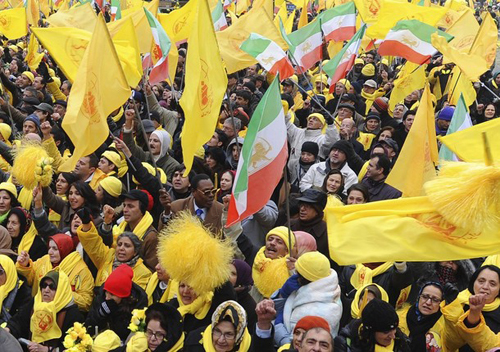 Take pride in your resistance which today has fulfilled a part of the Iranian nation’s rights after an unfair and unequal battle. Yes, it was indeed a tough and unequal battle. On the one side, there you were without the support of any powers or governments, and on the other side the biggest powers of Europe from whom the regime had secured commitment and cooperation for suppressing the Iranian Resistance.

But, you did not surrender to any power. You upset the political balance of power. It was you who brought about what was right and just, and it will be you who will eventually establish freedom in Iran.
It was an unequal battle because the mullahs enjoyed the support of some of the biggest oil and gas companies in Europe lobbying at presidential palaces to keep the PMOI on the terror list. But, the power of the solidarity of the people of Europe defeated that agenda.

One of the biggest European powers had hired an army of experts to discredit the court ruling. But your quest for justice defeated that agenda. The regime’s officials and envoys in European capitals went back and forth to sign deals. They resorted to all sorts of threats and enticements. They, along with their allies, had marshaled a huge force. However, your faith and sense of resistance was much more superior.

The removal of the PMOI from the EU’s blacklist is a victory for law and justice. This is an accomplishment which belongs to all jurists, members of parliament, and honorable and esteemed personalities who rose up to defend the rule of law in solidarity with the Iranian people’s Resistance.

These esteemed individuals include: Lord Slynn, who with his inspirational commitment and faith took the leading role in the legal battle of this Resistance in European and British courts; Madame Danielle Mitterrand, who during the toughest days strongly defended the Resistance against raids, attacks, and demonizing campaigns; Dr. Vidal Quadras, who with complete faith and strong abilities, led an international committee, encompassing two thousand parliamentarians, in support of the PMOI; Lord Robin Corbett, who rose up everywhere he could in defense of the democratic Iranian Resistance.

They were joined by other honorable and revered personalities such as Sid Ahmed Ghozali and Lord Archer of Sandwell, who during this enormous campaign proved their dedication to the ideals of justice and freedom with all their might.

Indeed, at the heart of this long and difficult battle to remove the terror label, a new Europe was born. This is a Europe that stands with the people and Resistance of Iran, and does not cooperate with the ruling fascism in Iran; A Europe which defends justice and law; A Europe which considers democracy and human rights in Iran as a necessary precondition for peace and security in the world and for safeguarding the European people’s true interests.

These personalities represent dedication and commitment towards democracy, justice, and law in the contemporary world. They stood against and opposed Western governments’ policy of appeasement. They exposed the wrong prevalent policies and undertook an awareness campaign for the adoption of the correct policy.

They finally cracked open the seemingly unsurpassable foreign policy barrier which was built upon economic interests. They endowed Europe with a monumental political and moral victory. This is the Europe that stands with the Iranian people.

Now is the time to reassess all policies that have been based on appeasing the religious fascism and suppression of its democratic opposition. Now is the time for this Resistance to be recognized as the democratic alternative to the illegitimate regime ruling Iran, and to return Iran’s seats at international assemblies to its true representative, the Iranian Resistance.

And, now is the time for international condemnation of the ruling regime in Iran as the central banker of terrorism and an immediate threat to global peace and security.

I hope that the new US President, who obtained victory through the slogan of change, would fulfill the most important and vital aspect of change in American policy, which is to stop placating the mullahs and remove the terror label from the PMOI.

Now there is no pretext left for the Iraqi government to avoid acknowledging the legal status of Ashraf City’s residents. The Iranian Resistance, which respects the government and sovereignty of our brother neighbor Iraq, expects the Iraqi government to recognize the legal rights of Ashraf residents as protected persons under the Fourth Geneva Convention and lift the unjust restrictions against them, thus demonstrating its commitment towards democratic norms and standards, as well as law and justice, to the rest of the world.

I must take this opportunity to also thank the political parties, members of parliament, and religious leaders in various countries who rose up in support of Ashraf City. Ashraf City is the symbol of democracy in the Middle East and espouses novel moral and humanitarian norms. Ashraf residents are inspirations to the people and especially the youth and women of Iran who demand freedom and equality.

Have you noticed the extent to which the ruling mullahs have in recent days lost control and are in agonizing pain? They are in shock that the terror label, the result of their years of diplomacy and foreign policy initiatives, has now been washed away. For this reason, the mullahs consider their investments to blockade and lock the resistance movement completely wiped out. They see the end of their psychological warfare, their 24-hour propaganda to discredit the Resistance, and their claims that resistance has been finished. From this day forward, they will fear one hundred times more the courageous women and students who rise up with the chants of ‘Death to dictator.’

From this day forward, they will fear one hundred times more the anger of workers and teachers who conduct protests and strikes against their lack of pay. And, we say to them: Tremble; Tremble because the end of your era has come.

Since the outset, the point of our struggle against the terror listing has been nothing but the fulfillment of the Iranian people’s right to resist against a dictatorship. The objectives of our struggle are justice, freedom and democracy for our country Iran; The establishment of a republic based on the separation of church and sate, and a society in which women and men are equal; The abolishment of the death penalty, and ending the era of torture; The closing of the dark chapter of inquisition and compulsory veiling; The upholding of individual and social rights and equal economic opportunity; And a nuclear free and peace-seeking Iran.

Indeed, our struggle aims to bring democracy and freedom to Iran, and this is a struggle which will continue until its inevitable triumph.