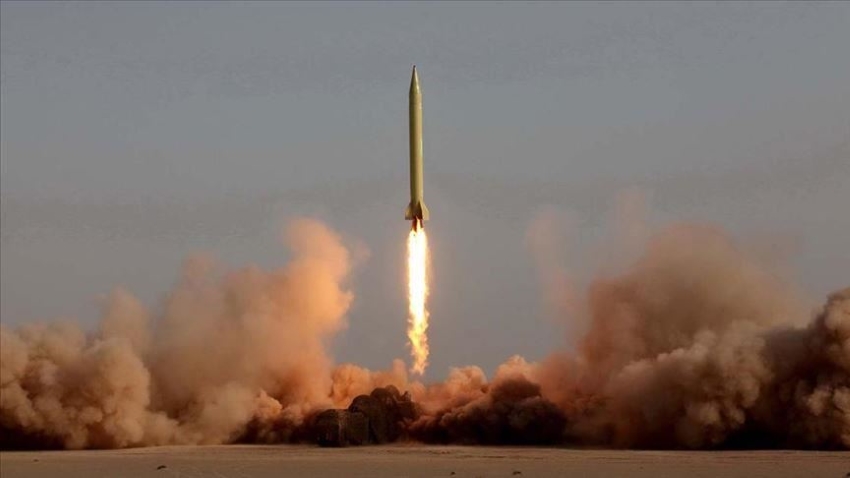 On Thursday 18th of June, Iranian state media declared that the country’s naval forces had carried out a successful test of a domestically produced cruise missile, striking targets as far away as 280 kilometers in the Sea of Oman and northern parts of the Indian Ocean. The codename for this military exercise, “Ramadan Martyrs”, made reference to an incident that occurred 40 days earlier during another exercise, when 19 Iranian sailors were killed and 15 were injured in a case of friendly fire.

This operation clearly signified the Iranian regime’s commitment to proceeding with its military buildup and attempted intimidation of foreign adversaries, regardless of risks stemming both from those adversaries and from the deficiencies in Iran’s own military technology and operational readiness. Iran’s regime has been making every effort to downplay those deficiencies in recent months, and the commentary surrounding Operation Ramadan Martyrs carried on this trend while also directing veiled threats against the United States and its allies.

Rear Admiral Hossein Khanzadi, the commander of the Iranian Navy, declared that the development of weapons like the newly tested cruise missile makes the regime capable of repelling “any threat.” Deputy Defense Minister, Ghasem Taghizadeh, emphasized meanwhile that such development was ongoing and that the regime was committed to designing “state-of-the-art equipment” for domestic manufacture.

Such statements potentially serve as advance dismissal of prospective restrictions on Iran’s ongoing military buildup, which has generally relied on domestic activities along with some illicit imports from close allies. Broader imports have been obstructed by a United Nations arms embargo on Iran, but this is set to expire in October unless the US and its leading European allies find a way to extend it in the face of opposition from fellow permanent UN Security Council members Russia and China.

The US has lately insisted that the embargo should be extended indefinitely and that view has acquired more and more international support as tensions have continued to rise between the Iranian regime and its adversaries, both in the immediate region and in the West. The cruise missile demonstration is likely to contribute even further to the relevant anxieties, especially given that Iran’s brinksmanship with the US has begun to drift beyond the waters of the Persian Gulf.

Over the past several years, the regime has repeatedly threatened to close the Strait of Hormuz in response to actual or perceived offenses from Western forces. And during that same time, the military and the Islamic Revolutionary Guard Corps have attempted to showcase their readiness to enforce such a closure in various ways. These include close approaches of US warships by much smaller but faster IRGC attack boats, plus at least one military exercise in which swarms of missiles, boats, and helicopters demonstrated how Iran would supposedly be able to destroy an American aircraft carrier.

Early this month, it was reported that Iran’s Navy appeared to be preparing to re-run that exercise, having refurbished its rough mock-up of a Nimitz-class carrier near its southern coast. However, that fact also underscored the limitations of the earlier demonstration, which evidently failed to sink the mock-up despite it being smaller than the real thing and having no maneuverable or defensive capabilities. While these deficiencies are important to any realistic assessment of Iran’s prospects in a direct confrontation with the US, they are perhaps only incidental to an Iranian regime that is more focused on militarist propaganda than on actual readiness for conflict.

Tehran’s boasting has often reached absurd dimensions, as on the multiple occasions when naval officials have proclaimed the military’s intention to develop nuclear submarines and dispatch a flotilla to the Gulf of Mexico. No informed person takes these sorts of claims seriously, yet the regime uses them in hopes of projecting an image of strength during purely political confrontations with its adversaries. The notion of sending military forces to the American coast became especially relevant in April when five Iranian tankers began a long journey to Venezuela, laden with gasoline, as part of an effort to defy the pressures being exerted by the US on both countries.

The Iranian vessels entered Venezuela’s territorial waters at a time when the US Navy was present nearby, reportedly on a drug interdiction mission. This prompted widespread speculation about possible efforts to obstruct the tankers’ progress, though the US ultimate decline to take such action. Iran now seems poised to risk confrontation once again, as officials have begun to tease the possibility of sending two or three cargoes of gasoline to Venezuela each month.

In reporting on this, Reuters noted that this Venezuela policy was reportedly being directed primarily by the IRGC. Iran’s hardline paramilitary has long promoted particularly belligerent relations with Western democracies and it has been steadily gaining more influence over Iranian regime. The regime’s policy toward Venezuela is therefore part of a much larger pattern that encourages more military demonstrations and procurement, but risks ultimately overstepping the line into unintentional conflict with much larger and better equipped forces.