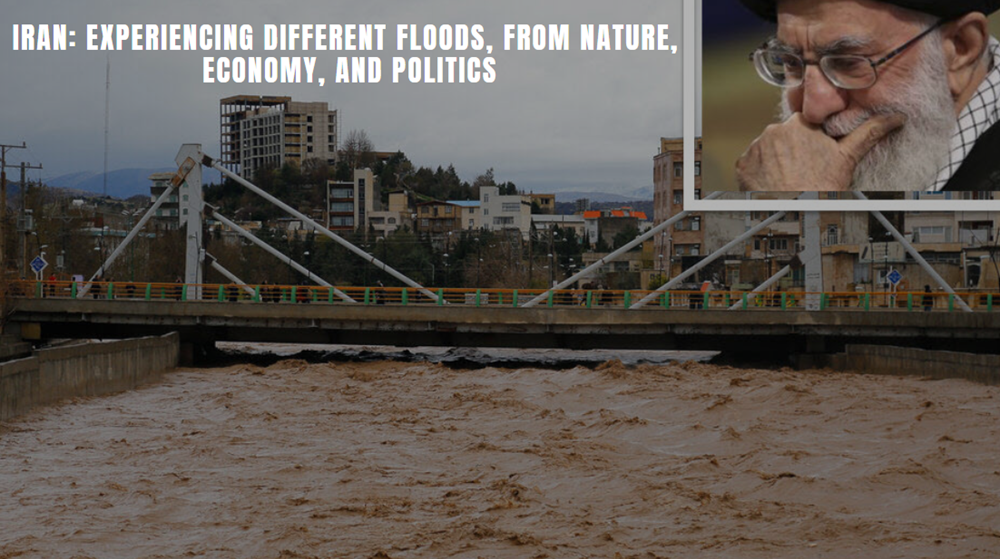 When in December 2018, Khamenei first warned the government of risks surrounding them, he never thought in his wildest dreams that those risks would reveal themselves from the very first day of Farvardin.

Recently, we have witnessed many crises, from the flood of Golestan, to another round of sanctions, to the social and economic issues witnessed in Shiraz and other places, and also the political concerns discussed in United Nations Security Council.

One may ask if these are all coincidences? How do they interact with one another? How will the regime handle them all?

Truth is, these were all expected

In the organised world of today, nothing happens coincidentally.

In one of this most recent talks, Hassan Rouhani said “we cut so many trees and destroy so many forests; and we expect nature to respond differently”, adding “I’ve visited the affected areas by helicopter and have seen that the demolition of railways (done by the Islamic Revolutionary Guard Corps) has made no improvement whatsoever; flood water has just been moved from one side to another”.

The hardliner mullah named Alamolhoda also adds: “Golestand’s flood could’ve been managed more properly if the hurdles were placed in a way that the water led to the sea rather than houses or farms”.

A reformist theorist named Hajjarian has shared his fears around the potential consequences of this flood: “such unpredictable disasters would ultimately lead to bigger street protests like those seen back in January 2018. If these disasters were better predicted and managed, such protests wouldn’t have happened or at least, would have been handled better. But with the ongoing issues and accumulation anger within people, revolutionary anarchists will soon replace peaceful reformism”.

What Hajjarian is really saying is that the demolition of farms, houses, and buildings, have now been added to the pre-existing issues such as employment and inflation; which he fears would bring about more social frustration, and thereby, jeopardize the fundamentalists and reformists altogether.

Let’s not forget about the recent sanctions.

On Friday 9th Farvardin, Rouhani attended a meeting in Ahvaz, where he stated: “this year, we’re still experiencing the same sanctions of last year”.

But there’s more to just sanctions.

Brian Hook also recently reiterated that by May 5th, the oil exemptions of 8 countries will come to an end.

The aftermath of these crises

The Vice Chairman of the Iranian Chamber of Commerce, Pedram Soltani, has stated: “New Persian year (March 21, 2019) started with a flood from nature; but even bigger floods are on their way. Inflation will go through the roof, leading to the death of our economic growth. The liquidity of exchange will float just like woods on flood water” adding with sarcasm “but this time, no one will get to take any memento photos” (referring to IRGC’s demonstration in affected areas)

We must add that the predicted economic crisis will itself lead to unimaginable social crisis as well.

Will the regime drown in this flood?

From a realistic perspective, the regime is incapable of effectively managing the many issues that it’s surrounded with. “lack of certainty” and “lack of solution” are the words of not just oppositions but also of the regime figures themselves. The regime’s only way out would be a continued oppression of people, which is also not practical; as it would trigger even more explosive protests. The clear conclusion is that this religious and fascist regime of mullahs have no way out.