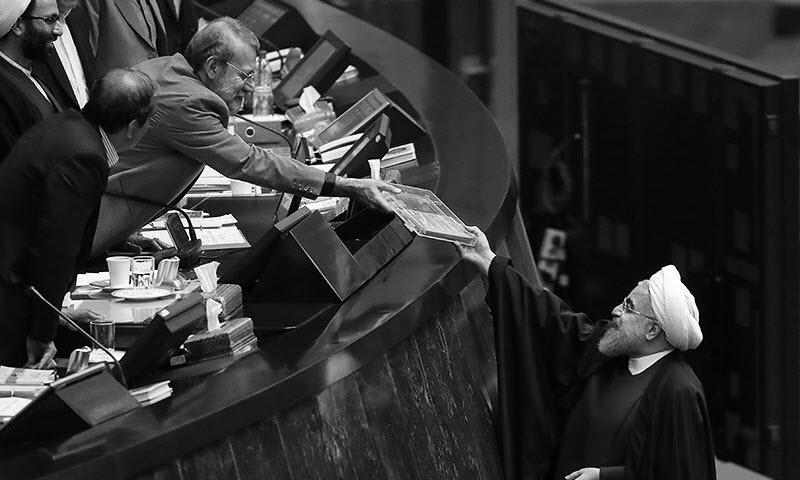 The Institute for International Strategic Studies (IISS) based in London has carried out an analysis of the Iran’s 2018-2019 budget. It has concluded that the regime’s defence spending will be rising. There is a rise of almost 84 per cent in the funding for the country’s police force.

The institute also pointed out that the way the regime allocates sources to the military budget is being modified and that the country’s religious institutions are going to be strengthened.

Religion and security are the two main concerns for the Iranian regime and it is clearly worrying about its future by further increasing their budgets.

The religious institutions that receive generous funding serve no purpose other than to support the country’s Islamic ideology and to train clerics.

The people of Iran are outraged at these expenses because they are completely unnecessary. It is one of the prime examples of the regime’s mismanagement of the country’s economy and one of the many reasons for the protests that have been going on for almost a year.

At the end of 2017, the people took to the streets to protest against the clerical rule that is destroying the country. The nationwide dissent is something that is posing a great challenge to the regime and it is without a doubt a factor in its decision to increase funding for its two pillars – religious institutions and defence.

Another sign of the regime’s uncertain future is the internal fighting that is present at all levels of leadership. Many members of the Iranian regime oppose the fund allocations in the budget too.

For years, the Iranian regime’s budget and resource allocation is surrounded with ambiguity and secrecy. An Iranian MP said at the beginning of the year that less than a third of the country’s budget is obtained through legislature votes via parliament. He explained that most of this revolves around the government’s budget. The rest is to do with banks and companies that are owned or controlled by the state.

Jennifer Chandler from IISS said that many organisations in Iran and in particular the country’s military are able to access funds that are not part of the official budget (oil revenue, etc), maximising the funds it is allocated. The report stated: “The Islamic Revolutionary Guard Corps (IRGC) engages in aggressive revenue-raising activities by establishing private companies, as well as using its powerful political influence to secure infrastructure contracts and private tenders worth millions of dollars in diverse sectors, including housing development, energy, road construction, food and transportation.”

This goes a long way in explaining why the people want regime change. They know that their only hope of being able to live in a free and democratic Iran is to get rid of the clerical regime.