Iran Regime on the Verge of Economic Collapse 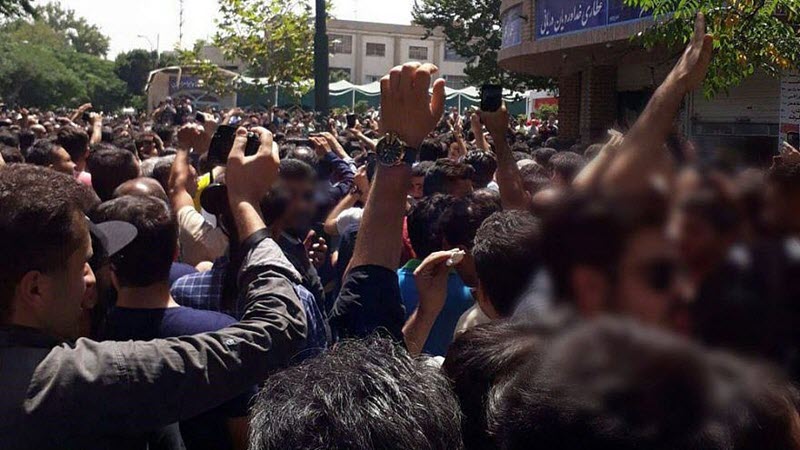 The once prosperous country faced economic disaster. Venezuelans reduced their meals, and were forced to eat garbage from dumpsters.

Rouhani blames U.S. sanctions, instead of regime’s mismanagement, for the country’s troubles. And Khamenei, referring to the shortage of baby diapers, blamed it on “the enemy” (U.S.) who “wants the Iranian people to be angry with their own government.” Just as President Rouhani and Supreme Leader Khamenei say today, Maduro’s government blamed the situation on an “economic war” led by the country’s political adversaries with the help of the United States.

Iran regime’s President Rouhani presented a $47 billion state budget in December 2018. It displayed an 85% decrease compared to the budget of 2017. Officials say that the budget calculations were based on a forecast oil crude price of $50-$54 per barrel and exports of 1 to 1.5 million barrels per day.

A few months before sanctions began, Iran’s oil exports dropped sharply. Experts believe that the IRI regime sold only 1 million barrels per day in August 2018, compared to 2.3 million barrels of oil a day in June 2018.

Like Venezuela’s inflation rate, Iran’s has become “exponential”, and the country’s economy is on the verge of collapse.