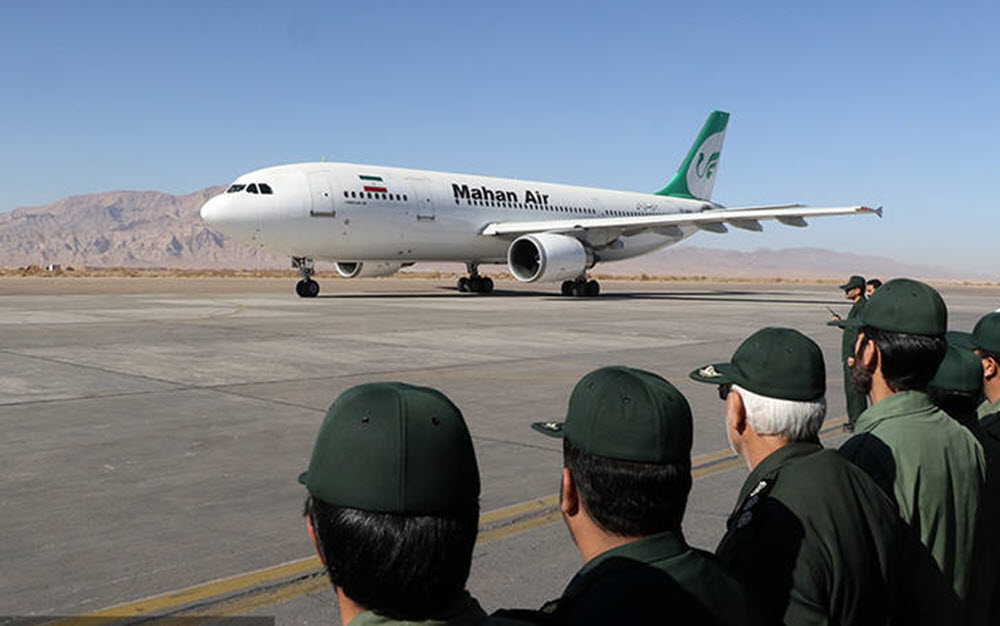 At the beginning of the year, Germany stopped Iran regime’s Mahan Air flights from operating in the country. Germany had security concerns regarding Iran’s use of the airline to carry out illegal activities in Syria through the Islamic Revolutionary Guard Corps which has since been designated as a foreign terrorist organisation (FTO) by the United States.

Less than a month ago, French authorities also announced that it would be banning all Mahan Air flights going in and out of the country. This will affect four return flights per week for the airline.

The Iranian regime has a long history with sanctions over the past few decades and it has managed to get around them on a number of occasions. The fact that Germany and France have banned Mahan Air flight from entering their countries is a blow, but it still operates in Spain and Italy so it is not too disruptive.

Restrictions on Iran regime’s civil aviation operations started back in 1979 after the hostage crisis. In 2007, more comprehensive sanctions were applied and the sanctions relief measures that came into place when then Joint Comprehensive Plan of Action (JCPOA) was agreed a few years later did very little to change the status. When sanctions were lifted, The Iranian regime ordered over 200 aircraft. But in the meantime, U.S. President Donald Trump exited the nuclear agreement and further sanctions were re-applied in November last year. Regime was only able to get delivery of 16 aircraft in the end.

The sanctions prevent Iran from being able to procure spares and technicians for aircraft that land in foreign airports. This means that half of Iran regime’s fleet cannot operate. Experts say that with every year that passes, a further 8 per cent of aircrafts will also be grounded.

The aircraft that are currently in use are ageing and their maintenance is costing a fortune. Fuel costs for these old aircraft are also very high because, generally speaking, the older the plane, the higher the fuelling costs.

The Iranian Regime’s Civil Aviation Organization had vowed to expand its international destinations but it has no hope of reaching this goal.

U.S. sanctions on Iran’s airline industry are necessary and, like many of the other sanctions that have been applied to Iran, they are proving to be somewhat effective. The Iranian regime’s civil aviation industry is experiencing a number of difficulties, especially in terms of its operations – though some difficulties are not a direct result of the sanctions. However, despite the sanctions, Iran is still able to operate fairly well. Not to its pre-sanctions level, but not far off. When the old planes in the current fleet start to drop out of service, this is when the industry will see increasing disruptions.

If the European Union took further measures to curb Iran regime’s belligerence it would go a long way. Preventing the regime from letting the airline it uses for terrorist activities and the spread of chaos across the Middle East from operating in Europe will send a clear message that it will not tolerate Iran regime’s malign influence.

By: Alejo Vidal-Quadras For much of the past four decades, American and European policies toward Iran have been impaired by the false assumption that change...
Read more
Blog

On June 29, Mr. Struan Stevenson, the coordinator of the Campaign for Iran Change and a former Member of the European Parliament, wrote an...
Read more
Search