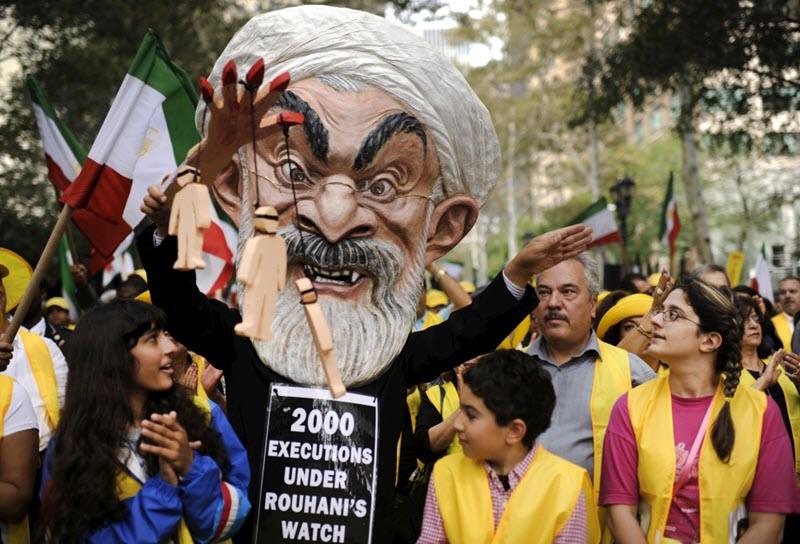 As a response to the attack that took place in Iran during an Islamic Revolutionary Guards Corps (IRGC) parade last month, Iran fired missiles bearing slogans threatening its enemies towards rebel areas in Syria. The missiles had slogans reading “Death to Al Saud” [the Saudi royal family], “Death to Israel” and “Death to America”. Iranian state television showed images of the missiles before they were fired.

Last month, dozens of Revolutionary Guards were killed and many more injured during the parade that took place in the southwestern city of Ahvaz. The parade was to mark the anniversary of the beginning of the 1980 to 1988 war with Iraq.

Iran was taken aback by the attack and it pinned the blame on most of its enemies. Iranian officials said that foreign elements were behind the attack that was claimed by the Arab Struggle Movement for the Liberation of Ahvaz – an anti-government group. Saudi Arabia, Israel and the United States have all denied any responsibility.

For once, the Iranian regime was the victim of an attack and not the perpetrator. The Iranian regime has been weakening for a long time and this recent attack served to make it even more vulnerable.

The despotic regime is struggling to survive and it can see that the end is near but it refuses to back down. Or perhaps it is in denial. In any case, the people of Iran are the ones who will be the ultimate downfall for the regime. If the regime was to be toppled on the will of the people alone it would have fallen a long time ago.

The people are desperate for a democracy and they have bravely taken to the streets in recent months to make their voice heard. They know fine rightly that they risk arrest, torture, imprisonment and even execution, but they have nothing left to lose.

The Iranian regime is responding as it always has. It is supressing the people more and more and threatening them with the harshest of punishments. Political activists are being arrested, violently mistreated in prison and are executed.

The Iranian regime is also blaming all of the country’s problems on foreign powers. It refuses to take responsibility for the country’s dwindling economy but the people know that the regime’s corruption and mismanagement are to blame. The people know that Iran has spent billions on funding, fuelling and sparking conflicts abroad while the domestic issues are brushed aside.

Living conditions are dire and the people are becoming poorer and poorer. But still the Iranian government refuses to take any decisive measure that will change the situation.

The United States has taken steps to cut the Iranian regime’s access to funds that are spent on its belligerent and malign acts abroad. It has also hinted at supporting the people of Iran when the time comes.

The time is coming sooner than the Iranian regime can imagine. Even if international pressure continues to be weak, the people of Iran have vowed to make sure that they get the freedom, equality, democracy and human rights that they want. And most importantly, that they deserve.