Iranian Regime Running out of Options 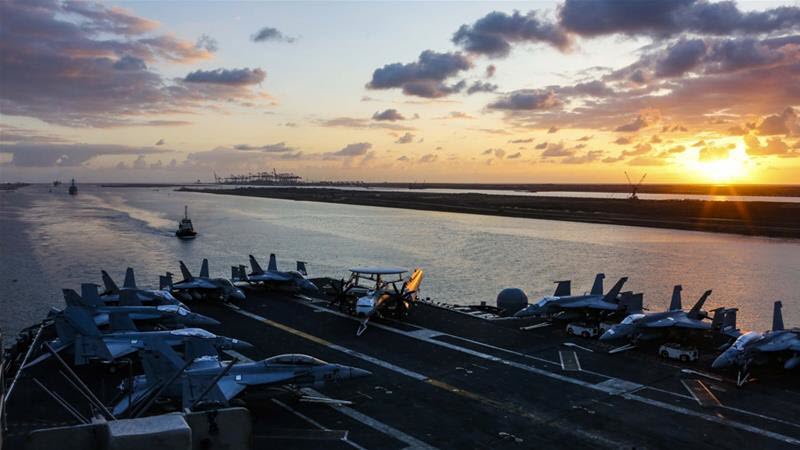 Tensions between the United States and Iran have been worsening over the past few months, and especially in the past few weeks. U.S. President Donald Trump announced that the oil waivers would not be renewed in another economic blow to the Iranian regime.

Iranian President Hassan Rouhani then announced that the country would be partially withdrawing from the Joint Comprehensive Plan of Action (JCPOA) and that it would resume uranium enrichment at levels much higher than the deal allows for.

Warnings have been exchanged between the two countries for more than a week now and the Pentagon announced that more firepower would be moved to the region because of threats on American troops. The USS Abraham Lincoln that was seen moving through the Suez Canal was described by the head of the IRGC’s air force as a “target” rather than a threat. It is being joined by amphibious ship USS Arlington and a Patriot missile battery.

In the past few days, Saudi Arabia reported that drones containing explosives had hit oil pumping stations in the kingdom in an act that it described as terrorist. Just before this, a number of Saudi oil tankers had been attacked off the United Arab Emirates (UAE) coastline.

Initial assessments by the United States indicates that Iran was behind the attack on the Saudi oil tankers, most likely via proxies.

For Iran too, military conflict would be disastrous. The Iranian regime is unable to cope with war, especially with a sophisticated military like that of the U.S.

The regime is under great economic pressure and is in the most precarious position that it has ever been in for the past four decades. President Rouhani even admitted that the Iran-Iraq war was not as bad as current conditions.

The regime’s survival depends on its nuclear and missile ambitions, but this is precisely what could lead the country into military conflict. Conflict that the regime simply cannot survive.

It is trying to appear that it has the upper hand by issuing ultimatums to the Europeans with regards to U.S. sanctions and withdrawment from the nuclear deal. However, the regime is far from having the upper hand and it seems that not very many European officials are keen to give Iran what it wants.

The U.S. has no interest in appeasing the Iranian regime and it is putting immense pressure on the regime. The people of Iran are also pressuring the regime in a domestic capacity and they are determined to see the regime fall. Further economic and domestic pressure will ensure that the regime falls before military conflict even becomes a reality.