NBC News Stands on the Wrong Side of History 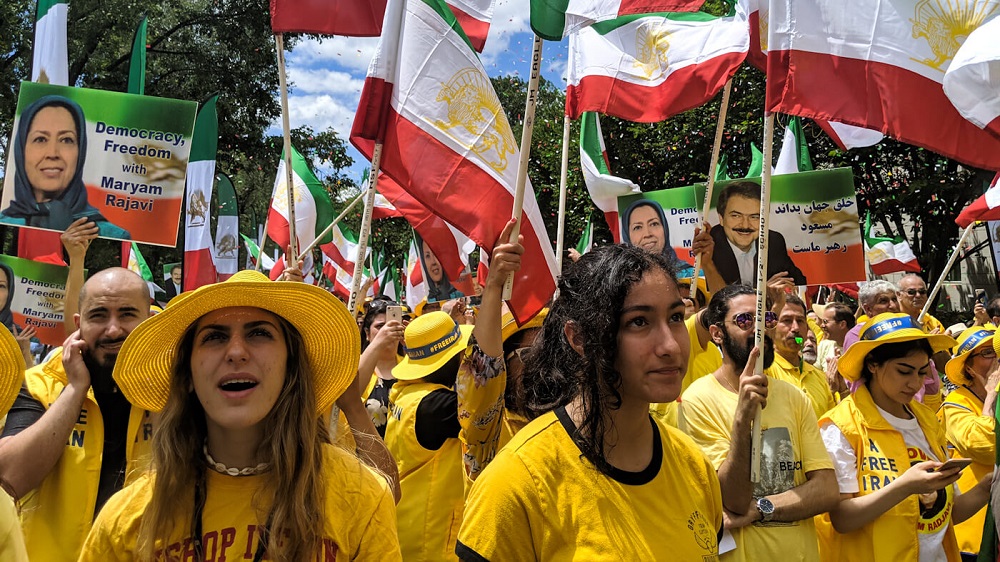 The NBC News published an article on October 17, 2019, smearing the anti-theocratic Resistance organization and Its Popular Support in pic.twitter.com/CJHaaFodUl

The answer is a resounding no, yet he was deemed as a credible source of information by the authors of the hit piece, rendering the article completely unbalanced and one-sided.

It is unfortunate that the NBC news chose the latter, smear option. This shameful choice, especially in the age of global, borderless information dissemination, is unacceptable. The decision to publish untruth seems intentional and attempts to misinform the public.

To quote the eminent Polish philosopher Leszek Kolakowski, a major figure of inspiration for the Solidarity movement, “In Politics, being deceived is no excuse.”

Similarly, even the notion of NBC news being deceived by the Iranian Theocracy is inexcusable. The ramifications of not stating the facts have great potential for causing enormous damage. As recent as October 23rd, the Albanian police informed the media that they had thwarted an attack planned by a Tehran-backed terrorist cell against the MEK opponents of the Iranian regime in Albania last year.
The cell belonged to the Quds Force, an elite unit of Iran’s Islamic Revolutionary Guards Corps (IRGC) responsible for foreign operations, police said in their statement. Also, last year, Iran’s ambassador to Tirana and another diplomat were expelled from Albania for threatening the security of the country.

The revelation by the Albanian police comes to the surface as the same tragic day (October 23, 1983), the 36th anniversary of the Beirut Barracks Bombings. In his statement, Secretary Pompeo remarked that thirty-six years ago two Iranian-backed Hizballah suicide bombers drove trucks into buildings housing the U.S. and French peacekeepers. “We grieve for those 220 U.S Marines, 18 sailors, and three soldiers murdered that day.”

It is for this and other numerous acts of worldwide terrorism that Iran has since 1984 been designated as the State Sponsor of Terrorism by the US State Department.

In his seminal book “On Tyranny”, distinguished historian Timothy Snyder writes that ‘history does not repeat, but it does instruct…history can familiarize, and it can warn’.

Now more than ever, it is imperative for information outlets such as NBC news to familiarize the public about Iran’s history of brutal suppression and its worldwide terrorist network. To warn the officials and policymakers about the consequences of appeasing the tyrannical rulers in Iran. To warn about the global threat of a nuclear-powered tyrant in Iran. To warn about Iran’s meddling in Syria, Gaza, Lebanon, Yemen and its role as the source of war and instability in the region.

It is time for the NBC news to be on the right side of history. To tell the story of people’s uprising in Iran and their demands for regime change. The story of their organized resistance represented by the Parliament in Exile, the National Council of Resistance of Iran (NCRI). The story of brave women who live and die to attain freedom and who make up the majority of the resistance and its leadership, notably President-elect of the NCRI, Mrs. Maryam Rajavi.

It is time for the NBC news to inform rather misinform. As history instructs, the consequences for humanity are enormous.

Dr. Sofey Saidi obtained her Ph.D. in International Relations from Geneva, Switzerland and has been a member of the Globecraft Institute at the Geneva School of Diplomacy. As a fluent Farsi and Spanish speaker, Dr. Saidi specializes in the Middle East, Latin America, and Global Politics. She has taught courses on Ethnic and Cultural Conflict and International Relations at the University of Baltimore’s School of Public and International Affairs and at the Center for Negotiations and Conflict Management.

Previous articleAnother Heavy Blow to Iran’s Terror Campaign Against the MEK
Next articleIran’s Regime Would Need Oil at $195 a Barrel Next Year to Balance Budget: IMF