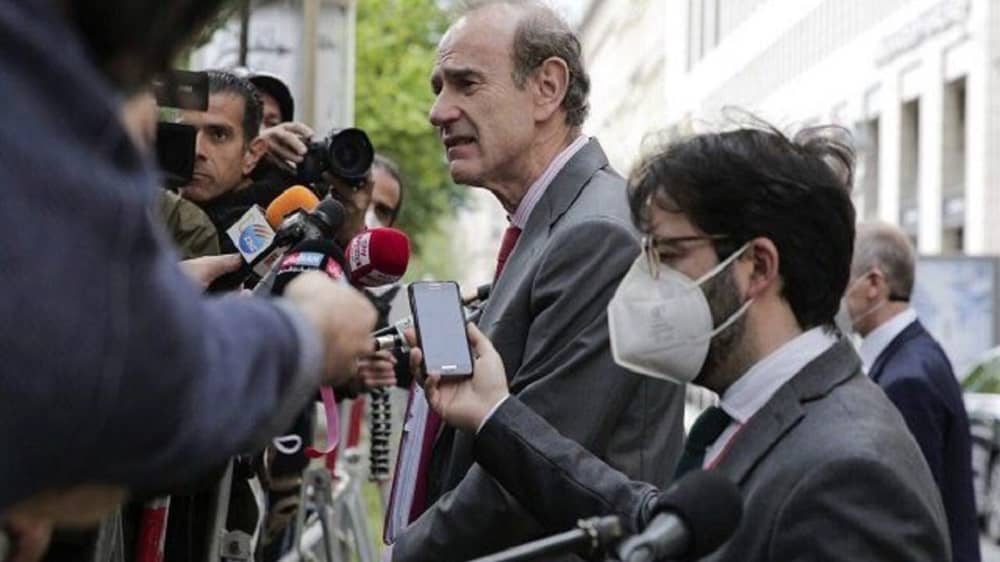 An envoy of the European Union began direct talks with Iran’s Foreign Ministry on Thursday as Western signatories of the 2015 Iran nuclear deal continue to push for the agreement’s restoration despite concerns over the Iranian government’s hardline turn following the inauguration of the regime’s President Ebrahim Raisi in August. Talks over the prospective restoration of the Joint Comprehensive Plan of Action (JCPOA) began in April but stalled in June when Raisi was “elected” via a process boycotted by the vast majority of Iran’s eligible voters. Enrique Mora’s visit to Tehran is aimed at establishing a timetable for the resumption of those talks in Vienna, but Tehran has been noticeably vague about its relevant intentions and expectations.

On Saturday, Iranian Foreign Minister Hossein Amir-Abdollahian stated once again that Iran was prepared to approve new talks “soon,” but also emphasized that the regime’s priority remains the confirmation of Western measures aimed at suspending US sanctions. Although the US has proposed a number of arrangements under which those sanctions would be suspended gradually in exchange for Iran’s gradual return to compliance with the JCPOA, the Iranian regime has continually insisted that it will not reverse any of its many nuclear provocations until after the US has already suspended all sanctions. Amir-Abdollahian’s commitment to that position makes it very unlikely that Mora will be able to establish a timetable unless he can first provide Tehran with the guarantees it has demanded.

Thus, Mora’s visit to Tehran appears to reflect the EU’s naivety regarding the prospects for any progress with the Raisi administration. Worse still, that naivety is likely to have adverse impacts on the administration’s long-term behavior with implications not only for global security but also for the welfare of the Iranian people themselves. The implications also include a threat to the EU’s legitimacy as a defender of universal human rights principles. This is because Mora’s visit constitutes his second direct affirmation of legitimacy for an Iranian president who has been implicated in some of the worst human rights abuses in the history of the Iranian regime.

Even as Mora was traveling to Tehran, Iranian expatriates living in the United Kingdom were issuing formal appeals for Raisi’s arrest. Those appeals emerged in response to the news that Raisi might be traveling to Glasgow for the COP26 climate change conference in early November. This would be one of his first foreign visits as a head of state and it would effectively affirm the Western embrace of bidirectional travel in service of diplomacy with the new Iranian administration.

That position was very nearly affirmed in September when the United Nations held its annual General Assembly and extended an offer for Raisi to deliver a speech as part of the gathering. Raisi did so, but remained in Tehran and submitted the speech remotely despite the fact that Mora had visited Tehran the previous month to attend Raisi’s inauguration. Raisi’s reluctance to travel led to some speculation that he might have feared arrest upon setting foot on Western soil, but the persistent and extent of that fear will be tested in the coming weeks as Western government’s respond to the appeals from Iranian expatriates and their political supporters.

Those appeals primarily stem from Raisi’s participation in what has been called the “worst crime of the Islamic Republic,” and one of the world’s worst crimes against humanity since the end of World War II. In the summer of 1988, Raisi served as one of four key figures on the Tehran “death commission” that oversaw implementation of a fatwa in which Supreme Leader Ruhollah Khomeini ordered the mass killing of any political prisoners who were believed to still support the main democratic opposition group, the People’s Mojahedin Organization of Iran (PMOI/MEK).

As one of the first individuals to interrogate prisoners over their views and affiliations before ordering executions, Raisi helped to set the pace of proceedings when they expanded to prisons all across the country. In fact, Khomeini was so impressed with Raisi’s commitment to a broad application of his order that he instructed the former Tehran deputy prosecutor to also oversee proceedings in several other cities during the massacre to correct the perceived “weakness of the judiciary.” It is estimated that at the end of about three months more than 30,000 political prisoners had been killed, most of whom were then buried in secret mass graves.

The extent of the 1988 massacre in Iran

The international community has known about this massacre since it was still ongoing and the UN even mentioned the uptick in killings as part of its resolution on Iran’s human rights record at the end of 1988. Last year, several UN human rights experts called attention to that resolution in an open letter to Iranian authorities and condemned the international body for its failure to follow up on the issue. This, they said, “had a devastating impact on the families and survivors” of the massacre and also emboldened the regime to commit further human rights abuses on the expectation that it would be able to cover them up and face little to no consequences.

Raisi’s appointment to the presidency is no doubt a consequence of the resulting sense of impunity. Western powers risk reinforcing that impunity with any measures they take to legitimize the Raisi administration. Mora’s visit to Tehran is therefore a betrayal of the EU’s commitment to basic human rights principles and if the EU leadership will not correct that mistake by taking an assertive stance against the Raisi administration, then the responsibility falls to individual European states.

Scotland has an opportunity to lead the way by publicly embracing the calls for an investigation into Raisi’s past human rights abuses and making it clear that he may yet face arrest if he sets foot on Western soil. This is made possible by the principle of universal jurisdiction which allows for any nation to initiate prosecution for a citizen of another nation if there is evidence they are guilty of the most serious violations of international law. There is no question that the 1988 massacre, which some legal scholars have even labeled as genocide, fits this description.

Previous articleEarthquakes in Iran and the International Day for Natural Disaster Reduction
Next articleIran: Coronavirus Death Toll Across the Country Exceeds 456,400