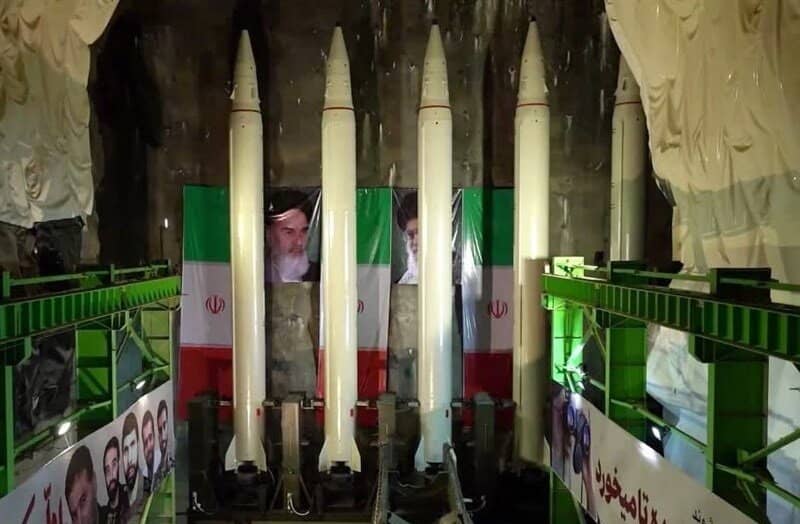 At the latest talks in Vienna, the European signatories of the Joint Comprehensive Plan of Action presented Iran with a “roadmap” of the sanctions that the US plans to suspend if Iran comes back into compliance with the nuclear deal. The proposal was furnished by the US through its European partners.

The advent of 60 percent enrichment came almost immediately after an explosion at the Natanz facility exposed the regime’s vulnerability. But that same Iranian escalation effectively confirmed that those concerns were well-grounded in the first place, since there is no practical reason for Iran to expend the money and effort involved in enriching to that level, unless the ultimate goal is nuclear weapons capability.

In that sense, 60 percent enrichment is nothing if not a confession to the lies that underlay Iran’s position in the negotiations that resulted in the JCPOA. Unfortunately, many of the Western participants in those negotiations were all too willing to accept the Iranian regime’s narrative that its nuclear activities were exclusively peaceful, being limited to power generation and scientific or medical research. As a result, negotiators contented themselves with an agreement that more serious critics of the Iranian regime recognized as inadequate and ultimately dangerous.

The National Council of Resistance of Iran has issued statements urging a re-examination of the nuclear issue and emphasizing that the Iranian regime is liable to exploit concessions and to comply with foreign expectations only when subjected to serious, coordinated pressure.

Whereas it may have been possible in the past to dismiss such statements as coming solely from exile communities that risk nothing by promoting sanctions and diplomatic isolation, that argument became much more difficult in the final days of 2017, when citizens of more than 100 Iranian cities and towns staged a mass uprising to condemn their government and endorse the platform of the NCRI’s leading constituent group, the People’s Mojahedin Organization of Iran (PMOI/MEK).

This uprising should have had a transformative impact on Western policy and that impact should have only grown over the subsequent two years when an even broader cross-section of Iranian society staged two more mass uprisings and countless smaller demonstrations featuring the same anti-government sentiment. Notably, those latter uprisings took place long after US sanctions had been re-imposed and thus made it clear that the people consider their hardships to be the result of the regime’s self-serving policies and wasteful spending on projects such as the nuclear program.

US sanctions did not factor into the message of those uprisings because the Iranian people understand that those sanctions are squarely targeted at Iran’s repressive authorities and do not directly affect ordinary citizens. This should go a long way toward undermining the arguments that European policymakers have long utilized in urging the US to resume sanctions relief, especially against the backdrop of the coronavirus pandemic.

In this sense, the Iranian people’s activism should stand side-by-side with the Iranian regime’s ongoing behavior as factors in a revision of European policy. The very recent adoption of 60 percent enrichment is not the only example of the regime tacitly admitting that nuclear weapons capability is its true goal. It made the same admission earlier with the announcement that it would be producing uranium metal, a substance that has virtually no purpose other than as a key component in the core of a nuclear warhead.

There have even been times when Iranian officials admitted explicitly, not just tacitly, that they have conspired to deceive their Western negotiating partners and to do so specifically for the sake of keeping open the path to acquiring a nuclear weapon.

In January 2019, the head of the Atomic Energy Organization of Iran boasted to state media that his institution had falsely convinced the International Atomic Energy Agency that the JCPOA’s provisions regarding the Arak heavy water facility had been fulfilled. Ali Akbar Salehi explained that by pouring concrete through decoy tubes and presenting altered photos to the nuclear monitors, the regime was able to avoid deactivating the facility’s core and thereby keep open a plutonium pathway to a nuclear weapon.

In November of that year, Salehi added that uranium had also been subject to a “countermeasure,” which allowed the regime to avoid being “trapped” by compliance with the restrictions imposed on that activity. This should have come as no surprise to anyone who observed how swiftly Iran resumed 20 percent enrichment, then stepped up to 60 percent, when it determined that the violations were in its interest.

Although it’s clear Tehran hopes the latest escalation will intimidate Europe and the US into restoring the status quo immediately, those Western powers must recognize that if they submit to this strategy now, they will only welcome more in the future. The right course of action is to respond forcefully to the nuclear threat that Iran’s Intelligence Minister made in February when he said, “Those who pushed Iran in that direction will be to blame.”

The European Union must make it clear at last that regardless of how “pushed” or how victimized Iran may claim to feel, its decisions are its own, and their consequences cannot be brushed aside. The regime’s partial reversal of its latest measures cannot diminish the fact Tehran has effectively admitted it aspires to nuclear weapons capability. Western policies must meet that threat head-on.