Iran: Mass Graves’ Destruction To Cover up Crimes Against Humanity 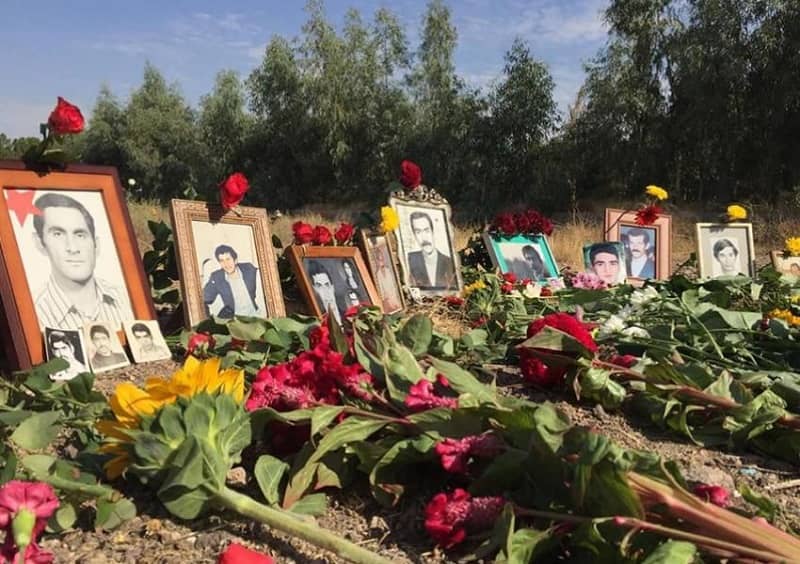 According to recent reports, the Iranian regime is on the verge of implementing plans to destroy the sites of mass graves in Khavaran Cemetery. The plans are part of a much larger pattern whereby the Iranian regime has been destroying the evidence of a massacre of political prisoners that took place over several months in 1988. The destruction is expected to also affect the nearby graves of Iranian adherents of the Baha’i faith, whose families have been forced to bury their dead in Khavaran.

In reality, Iran’s ruling mullahs do not respect Shiite, Sunni or any human life for that matter.
Indeed, why do they imprison and kill the Baha’is?
The mullahs massacre even the Shiite Mojahedin in #Iran. The Mojahedin’s name is their primary red line. #1988Massacre pic.twitter.com/flJ72JO7FA

The phenomena have been subject to repeated statements of condemnation from human rights defenders and political groups, but these have prompted precious little action from the international community. In 2017, both the United Nations and Amnesty International released reports detailing the destruction of mass graves associated with the 1988 massacre, and the latter reiterated numerous prior statements warning that this destruction of evidence threatened to prevent a full accounting of the death toll and the identities of the victims of the massacres. The People’s Mojahedin Organization of Iran (PMOI/MEK), being the pro-democracy group that was the primary target of the massacre, maintains that upwards of 30,000 people were hanged by the “death commissions” that convened that year to stamp out opposition to the regime.

The 2017 UN report on the Situation of Human Rights in Iran noted that in March of that year, families of the massacre’s victims visited a site in Mashhad “where up to 170 political prisoners are believed to be buried” and found that “the previously flat area had been covered with soil to create a raised mound over the grave. In mid-May, bulldozers were reportedly seen working on a construction project directly alongside the mass grave site at Ahvaz… where the remains of at least 44 people killed during the summer of 1988 are believed to be located. The plan is reportedly to ultimately raze the concrete block marking the gravesite and build a ‘green space’ or commercial development over the site.”

Although similar projects have been identified at various times and places, the nearly simultaneous reports from different sites in 2017 may have reflected an expanded push to destroy significant sites ahead of the 30-year anniversary of the killings. Tehran has variously banned memorials at specific locations and on specific occasions, but supporters of the MEK and survivors of the 1988 massacre have frequently defied those bans in order to remember their loved ones and colleagues and to demand accountability for their killers. To date, no such accountability has been forthcoming, and in fact, many leading participants in the massacre have been rewarded with positions of greater power and influence in the government and closely affiliated private industries.

Presently, both the head of Iran’s judiciary and the regime’s Minister of Justice are former members of the 1988 death commissions and are therefore in prime positions to suppress memorials and protests, as well as general expressions of dissent against the regime or support for the MEK. The consequences of this situation were evident at the beginning of 2018 and near the end of 2019 when Iran was rocked by two nationwide uprisings that regime authorities attributed in large part to MEK leadership. The first of these was brought to an end after about a month following dozens of deaths from gunfire and torture, but the second uprising prompted a much more immediate and severe response, with the Islamic Revolutionary Guard Corps opening fire on crowds and killing approximately 1,500 peaceful protesters.

Critics of Western policies toward Iran tend to describe such killings as having been enabled by a sense of impunity that emerged from the lack of a serious international response to previous human rights abuses, chiefly the 1988 massacre. Exiled activists from the MEK made American and European policymakers aware of that massacre while it was still ongoing, but in most cases, the response was silent or muted, as Western governments remained committed to avoiding especially sharp criticism so as not to alienate supposed moderates inside the regime’s leadership.

“One of the most harmful consequences of the policy of appeasement was providing impunity to the ruling murderers, whose crimes started in the early 1980s, reached new heights during the 1988 Massacre and have continued to this day.” Tweeted Mrs. Maryam Rajavi, President-elect of NCRI, on April 25, 2021, quoting her previous speech about the 1988 massacre.

One of the most harmful consequences of the policy of appeasement was providing impunity to the ruling murderers, whose crimes started in the early 1980s, reached new heights during the #1988Massacre and have continued to this day. #Khavaran pic.twitter.com/mJYTXrF8dr

Nonetheless, outreach to Western policymakers continued after the MEK began uncovering the sites of secret mass graves just weeks after the conclusion of the massacre. Over time, these revelations have continued to the point at which burial sites have been identified in at least 36 different cities. It is unclear how many sites have been destroyed since being identified, and it is even more unclear how many were destroyed ahead of any such revelation. But as Amnesty International and other human rights defenders have repeatedly made clear, there is little question that the destruction will continue for the foreseeable future unless effectively confronted by forces both inside Iran and throughout the international community.

The prospect of such confrontation was finally presented to the Iranian regime in September 2020 via a letter from seven UN human rights experts who demanded a full accounting of Tehran’s knowledge of the massacre and its aftermath. That letter was released to the public in December after regime authorities declined to respond and thereby signaled their intention to continue ignoring unresolved issues while pressuring MEK activists and victims’ families not to raise the public profile of the killings any further.

The experts’ letter acknowledged that this dismissive Iranian attitude was likely enabled by the lack of a proportionate international response when the killings were first made known. That failure to act, they said, “had a devastating impact on the survivors and families as well as on the general situation of human rights in Iran and emboldened Iran to continue to conceal the fate of the victims and to maintain a strategy of deflection and denial that continue to date.”

However, by recognizing past mistakes and outlining international measures that might be implemented if Tehran refuses to address the situation itself, the UN experts prompted Amnesty International to declare that their letter marked a “momentous breakthrough” and a “turning point.” However, it remains to be seen whether the United Nations as a whole will follow through on this potential or whether leading member states will actively push for filing criminal charges in international court against those who oversaw the 1988 massacre and its three-decade cover-up.