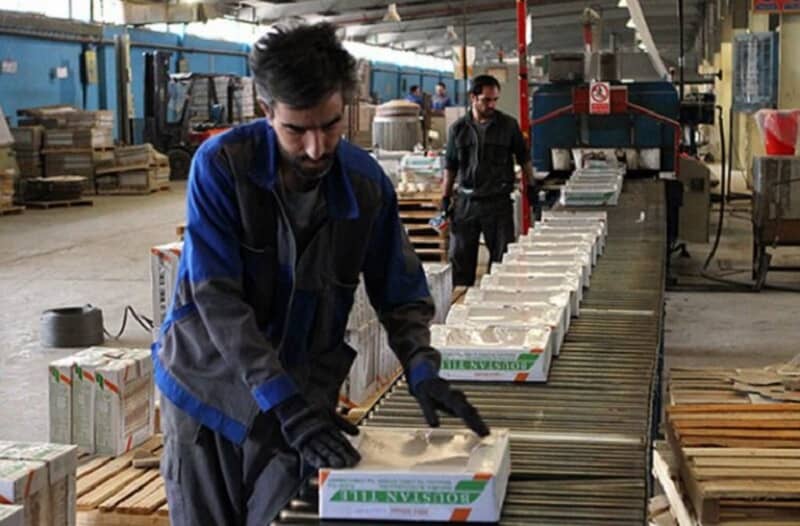 On Monday, Iran’s state-run media admitted to Iranian workers harsh living conditions and the plight of other walks of life. The regime’s state-run media also demonstrates fear of people’s reaction to ongoing hardships, originated from the mullahs’ wrong policies.

“Based on the statistical trends of declining incomes and the growth of poverty, some estimates suggest that more than one-third of the country’s population today is below the poverty line,” wrote the state-run Kar-o Kargar daily on Monday, adding that “almost the entire large population of workers lives below the absolute poverty line.”

According to Kar-o Kargar, “low or sometimes negative economic growth in the last 15 years, the decrease of foreign investment under sanctions in the last ten years, and the coronavirus outbreak since last year, coupled with government’s unbalanced economy and its chaotic policies, which only create problems, have created a complex system of social and economic problems.”

“Workers’ livelihood is on the verge of annihilation under the pressure of the inflation which devours their salaries and the expenses which exceed their earnings,” Kar-o Kargar concludes. While Iranian workers and other walks of life grapple with poverty, regime officials continue proposing so-called “plans” to plunder Iranians more.

A so-called plan of “Empowering Social Security Organization,” is now circulating in the regime’s parliament. While pensioners and retirees of Iran’s Social Security Organization stage nationwide rally demanding higher pensions adjusted to the inflation rate and regime’s wrong policies, based on this plan, the regime intends to further plunder them.

“There is no doubt that the Social Security Organization is in a state of “crisis” today. According to some experts, the country’s super-insurer is on the verge of a serious crisis. Others believe that it has long passed the crisis threshold and today is really at the bottom of a serious crisis,” wrote the semi-official ILNA news agency on Monday.

Iran corruption: $4 8 bn. missing in Rouhani's government, the other side of poverty in Iran

As a result of this crisis, the Social Security Organization doesn’t cover pensioners’ medical expenses amid the coronavirus pandemic, and in addition to paying the retirees a pension far below Iran’s poverty line.

Yet, according to ILNA, “Recently, a plan called “Empowerment and Sustainability of the Social Security Organization” was designed and announced by 34 members of the parliament.” Still, this plan “does not increase the participation of workers and retirees, and the method of council administration of the organization nor optimizes the management of the organization and reduce the salaries of managers.”

In fact, according to ILNA, this plan is “Targeting retirees’ pensions. It is planned to add one year to the calculation of retirement years from [the Persian Year of] 1401. In 1401, the previous two basic years of retirement reached three years and continued to increase so that in 1420, the total twenty years of employment become the basis for calculating the pension; This means reducing the pensions of future retirees.

Also, this plan “intends to decrease workers’ salaries,” according to ILNA.

ILNA acknowledges that “Even today, the country’s retirees are below the poverty line, earning a month with meager pensions that can cover one-third of their living expenses.”

“Plans to improve the current situation, such as the empowerment of the Social Security Organization, are in reality meant to debilitate the working class,” ILNA admits.

Increasing social and economic problems have put the Iranian society on the verge of social explosion, with dire consequences for the regime. “The formation of social crises in the country is predictable. But their consequences for the system and the country are unpredictable. So, we should be very sensitive,” wrote Iran daily, the government’s official newspaper on Monday.

“People these days are tired of political struggles. This feeling of abandonment amid crises and disasters will lead to frustration accompanied by anger, which will not have a positive effect,” Ebtekar daily warned on Monday.

“This feeling of abandonment is a dangerous poison that will greatly widen the gap between people and officials. A distance that is very difficult to repair,” Ebtekar article adds.