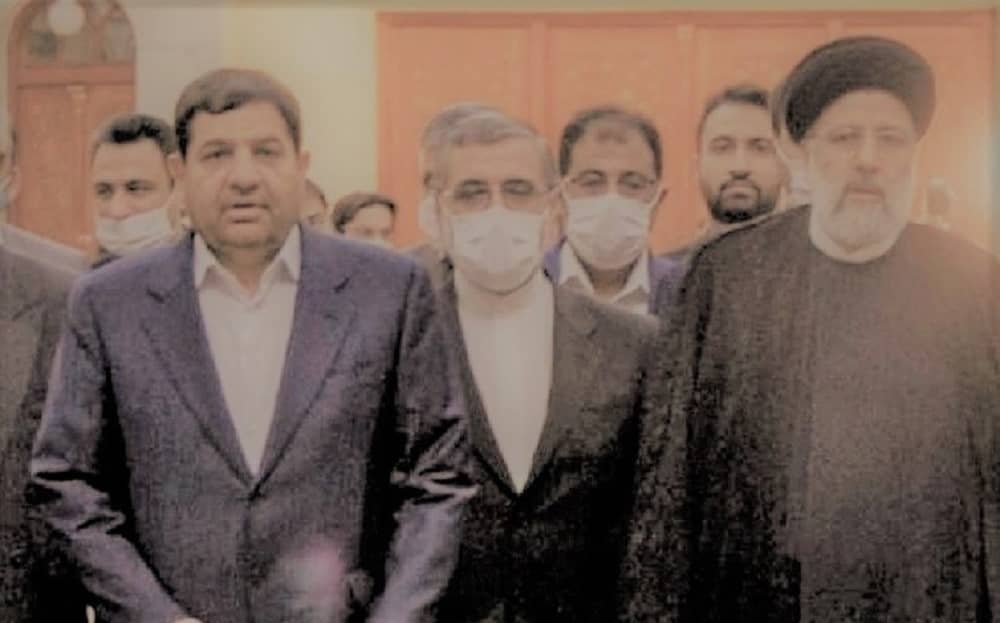 The entire international community should be deeply concerned about Iran’s newly-formed presidential administration. That concern should extend to human rights advocates, proponents of international democracy, and Western policymakers who are focused on defending their own nations’ Security interests abroad. Under Ebrahim Raisi, the Iranian regime can be expected to intensify its malign activities in all areas, with the collective aim of consolidating power and further stamping out dissent both at home and abroad.
The regime’s pending hardline turn was apparent long before Ebrahim Raisi was confirmed as its new president. In February 2020, the regime held what may have been its most tightly controlled parliamentary election to date. Virtually all candidates affiliated with the so-called “reformist” faction were barred from running, and so many seats remained uncontested. It was abundantly clear to the experts on Iranian affairs that this situation would be mirrored by the presidential election in June 2021. The reason being that Supreme Leader Ali Khamenei declared his support for Raisi, thereby signaling the Guardian Council to exclude any other viable candidates.

Much of the Iranian public boycotted both elections, and the National Council of Resistance of Iran estimated that the turnout for the presidential election was less than ten percent. These and other acts of public dissent were motivated partly by an inherent lack of choice in Iranian elections as well as concerns over Khamenei’s intentional effort to pack the government with unqualified loyalists. Compounded by the fact that he is nearing the end of his life. Yet, the main driving force for backlash against the presidential election was the public’s awareness of specific details about Khamenei’s sole choice for the presidential position.
In the summer of 1988, Ebrahim Raisi became one of the four Tehran officials to sit on an entity that came to be known as the “death commission.” Its formation was prompted by a fatwa from Khamenei’s predecessor, the founder of the theocratic system, Ruhollah Khomeini. In his Fatwa, he declared members of the leading opposition group, the People’s Mojahedin Organization of Iran (PMOI/MEK), to be enemies of God who should be executed without mercy. On this basis, the regime proceeded to hold re-trials before death commissions for tens of thousands of political prisoners, including many who had already served out their previously determining sentences.

Around 30,000 political prisoners were summarily executed following those trials, which often consisted of little other than asking the defendants their names and political affiliations. Those who professed support for the MEK were sentenced to death on the spot. As such, the organization’s members account for about 90 percent of the total executions.
Last week, the NCRI hosted a virtual conference on the 1988 massacre, which included the participation of more than 1,000 survivors alongside a number of European legal and political experts.

Some of those experts, including UK human rights barrister Geoffrey Robertson, used the event to reiterate calls for Raisi to be prosecuted for his involvement in one of the late 20th century’s worst crimes against humanity. Robertson explained that the severity of that crime establishes it as genocide and therefore obligates the international community to take action.
While the politics around the topic seem to be complicated, the legal precedent is firmly established for Raisi to be held accountable. The legal precedent of similar actions are even more straightforward. It is notable that a strong case can also be made regarding some of Raisi’s cabinet appointees, most of whom were approved en masse within two weeks of being presented to the parliament.
The list of appointees included an unprecedented number of officials from the regime’s hardline paramilitary, the Islamic Revolutionary Guard Corps (IRGC). More to the point, some of those appointees had played leading roles in the IRGC during a time when it was involved in high-profile terrorist operations throughout the world. One of them, Interior Ministry Ahmad Vahidi, is subject to an Interpol arrest warrant for his role in the 1994 bombing of the AMIA, Jewish center in Buenos Aires, which killed 85 people.

Mohsen Rezaee, the new administration’s vice president for economic affairs, was also involved in that bombing, having served as the first commander of the entire IRGC, whereas Vahidi led its overseas special operations division, the Quds Force. But Rezaee’s new position uniquely reflects his intervening roles, such as helping the paramilitary to develop its financial empire as the head of the Khatam al-Anbia Construction Headquarters, an IRGC front. In 2007, that company was sanctioned by the United States for financing terrorism. Therefore, Rezaee’s appointment to the Raisi administration clearly signifies that the regime is still committed to that goal at the highest levels.
The above message is reinforced by other appointments, such as that of Mohammad Mokhber, who is to serve as Raisi’s first vice president. Mokhber previously served as the head of an institution known as the Execution of Imam Khomeini’s Order (EIKO). In 2013, the EIKO was named by the judiciary as “the only authorized body to deal with the Supreme Leader’s properties” and was tasked with taking control of assets that had been confiscated from minority religious groups and the families of political prisoners. For the ensuing 14 years, EIKO has largely dedicated these resources to terrorist financing and other projects that advance the malign objectives of the IRGC and the supreme leader.
Mokhber has been sanctioned twice by the EU for aiding in the regime’s missile development and nuclear activities as well as for human rights violations that took place while he was the head of Iran’s Prisons Organization. In 2016, he was sanctioned by the US specifically for his seizures of dissident and minority properties via the EIKO. The multitude of actions for which Mokhber has been sanctioned should be raising the alarm for the international community regarding as to what it can expect from the entire Raisi administration.

Collectively, the new president and his cabinet have decades of experience with the interconnected functions of Iranian institutions that violently suppress dissent, steal from the public, and direct the proceeds toward terrorism as far away as the Americas.
There can be little question that this entire cycle will accelerate over the next four years unless the Western powers are willing to take serious actions to interrupt it. They can start by vigorously enforcing the sanctions that are already in place for the vast majority of cabinet-level appointees. Consequently, when the newly appointed officials begin traveling on official State visits, lawmakers can begin working to prosecute criminals like Raisi and Vahidi on the basis of universal jurisdiction.

Dr. Sofey Saidi obtained her Ph.D. in International Relations from Geneva, Switzerland, and has been a member of the Globecraft Institute at the Geneva School of Diplomacy. As a fluent Farsi and Spanish speaker, Dr. Saidi specializes in the Middle East, Latin America, and Global Politics. She has taught Ethnic and Cultural Conflict and International Relations courses at the University of Baltimore’s School of Public and International Affairs and at the Center for Negotiations and Conflict Management.